[Oh!Music] G-DRAGON’s Next Album is to be the Saddest Album Yet, Signaling the Beginning of a Change 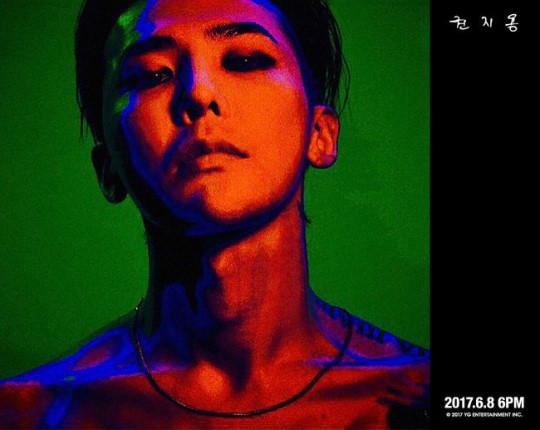 [OSEN=정지원 기자] BIGBANG’s G-DRAGON is to make a comeback on June 8. What does he want to show to his fans with his first solo album in four years?

YG Entertainment announced that G-DRAGON’s new album will be released online at 6 PM on June 8. The agency posted a teaser featuring an artwork piece of G-DRAGON’s face on its official blog.

BIGBANG members actually mentioned something interesting at the “BIGBANG SPECIAL EVENT 2017”, which was held last 30th at the Tokyo Dome in Japan. BIGBANG members said that this album will be G-DRAGON’s saddest album yet, and the audience posted this on their SNS pages.

If this is true, expectations are bound to run high. So far, G-DRAGON has only been released powerful songs as a solo artist such as “HEARTBREAKER”, “CRAYON”, and “CROOKED”. This also means that G-DRAGON will be making a change in his music as a solo artist with this album.

YG Entertainment officially announced, “Since BIGBANG’s debut in 2006, G-DRAGON has always shown something new. And now, he will be making a comeback as a solo artist with something totally unexpected.” This announcement proves that the rumor is probably not just a rumor.

Everyone knows that G-DRAGON is a genius at writing and producing songs. He has made mostly upbeat songs but also produced slow beat and sentimental hit songs such as “BLUE”, “THAT XX”, “MONSTER”, “LET’S NOT FALL IN LOVE”.

Now, he is fully ready to release a sad solo album. G-DRAGON will make the most of his solo album to deliver his sad and emotional side to the public.

G-DRAGON’s first solo album in four years marks the beginning of a new G-DRAGON. The public is ready to listen to his songs as they have been for the past ten years. The upcoming June is certainly worth waiting for.