SEUNGRI, “Practice and Practice Made a Great Outcome, I’m Satisfied” 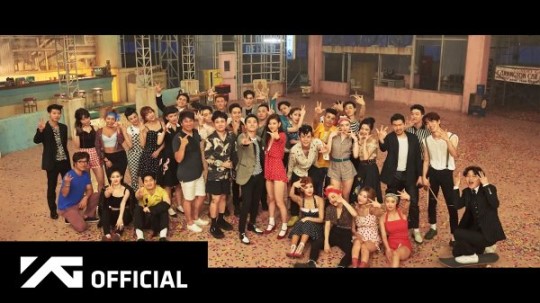 On July 21 at 1 PM, YG Entertainment revealed the behind-the-scenes video of the MV for ‘1, 2, 3!’, which is the title song from SEUNGRI’s first solo album ‘THE GREAT SEUNGRI’.

The video contained everything about the MV of ‘1, 2, 3!’. SEUNGRI was spotted everywhere from the filming set, doing the best he can to help the shooting.

For the MV that was shot with the one-take method, SEUNGRI worked very hard on practicing his choreography. SEUNGRI stated, “I practiced very hard. I’ve never worked this hard before. I sweated a lot. I practiced a lot with the dancers and really made the video feel like a musical”.

He continued, “I’m happy since I feel like practice and practice made a great outcome”. SEUNGRI also asked for the fans’ support by stating, “Many people helped me create this wonderful album. Please show your love and support. Your love always makes me stronger”.

SEUNGRI’s first solo album topped iTunes Album Charts in 15 different countries as soon as it was released, proving the artist’s global popularity. The songs were also ranked high in major real-time streaming charts in Korea, proving SEUNGRI’s influence as a ‘solo artist’ rather than as a member of BIGBANG.