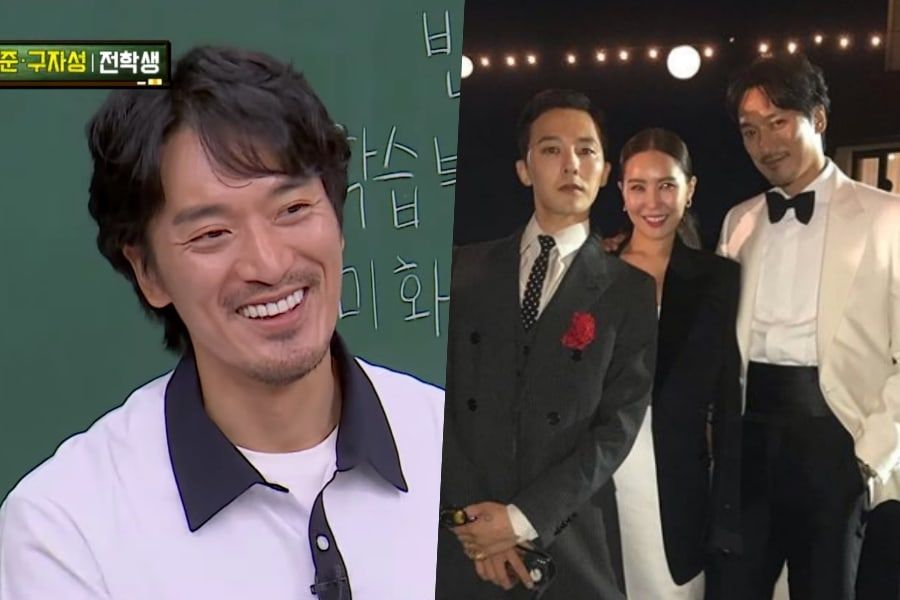 Kim Min Joon talked about his love story with Dami Kwon on the latest episode of “Ask Us Anything”!

Kim Min Joon, who married G-Dragon’s sister Dami Kwon in October of last year, spoke about meeting his now-wife on a blind date. When asked if he had already known she was related to G-Dragon when they met, he confirmed that he had heard before their first date. However, rather than it necessarily being love at first sight, Kim Min Joon explained that they had progressed quickly in their relationship up until marriage.

Regarding their second date, he revealed, “I contacted her, saying, ‘Should we meet up for tea?’ Before I left, she asked that I stop by her house. At her house, she began giving me a bunch of stuff to take home. They were side dishes that she had made herself.” He explained that he had previously mentioned during their date how he typically ate alone at home.

Later, during the guessing-game segment of the show, Kim Min Joon asked the cast members, “What’s my concern these days?” Koo Ja Sung correctly guessed, “You want to give your brother-in-law some pocket money, but don’t know how much to give him.”

Kim Min Joon explained, “I only have an older sister. I’ve always thought that if I had a brother-in-law who was younger than me that had to enlist, I’d really want to take care of him like an older brother. But I ended up actually getting a brother-in-law, and he even enlisted late. When he came out on break, I wanted to fulfill my fantasy of sliding him some money to buy some chicken when he returned and saying, ‘Don’t tell your sister.'”

He continued, “Before I met up with him during his break, an acquaintance of mine said, ‘If you give him [pocket money], how much are you going to give him?’ So deciding how much to give him became my concern.”

He was then asked if he had received any pocket money from G-Dragon before, to which he responded, “Not yet. Rather than money, I’ve received a lot of other benefits.”

Kim Min Joon continued, “When I moved into my house after getting married, I really wanted a desk to read scripts at. One day, my wife suddenly suggested we go get a really nice desk from my brother-in-law’s house. Even though he wasn’t home, we greeted the security guard and brought the desk home.”

He also talked about thanking G-Dragon later, making the cast burst into laughter by sharing, “We met up and I told him, ‘The desk is so nice, I’m using it so well.’ But he said, ‘Huh? Me?'”

Watch a recent episode of “Ask Us Anything” with English subtitles below!