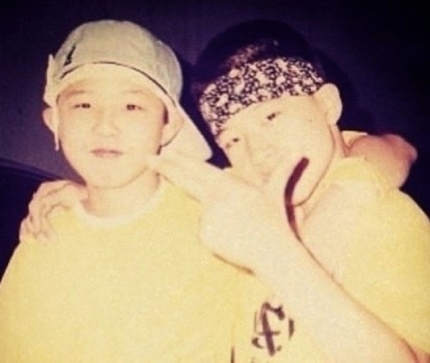 [OSEN=선미경 기자] TAEYANG of group BIGBANG uploaded a photo of G-DRAGON during his childhood to celebrate his birthday.

On August 18, TAEYANG uploaded a photo on his social media with an emoji celebrating G-DRAGON’s birthday.

The revealed photo showed TAEYANG and G-DRAGON during their childhood, while the two members revealed their friendship by putting their arms around each other’s shoulders. The two members, both dressed in yellow, grabbed the viewers’ attention with their cuteness. G-DRAGON looked smart as he does now while smiling, while TAEYANG also looked like himself in his mischievous pose.

TAEYANG and G-DRAGON have shared the same dream as trainees in YG Entertainment since they were 6th grade in elementary school.