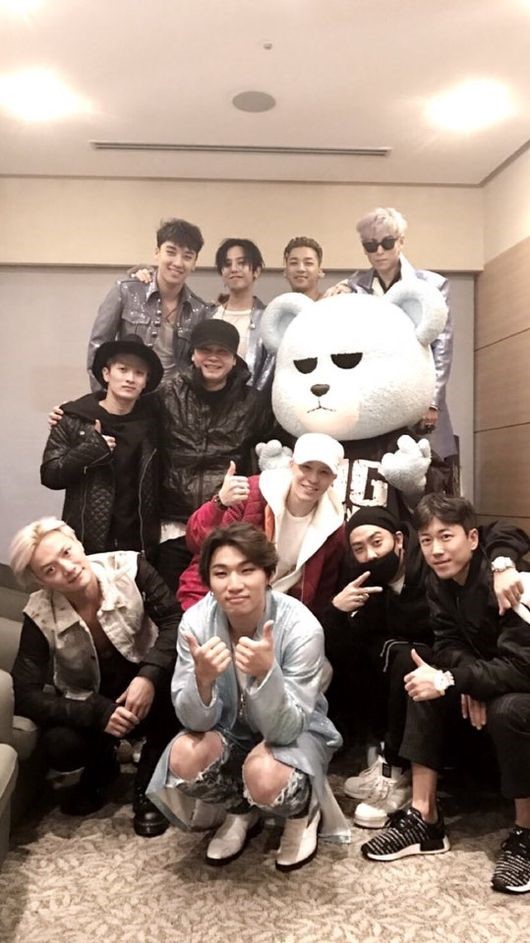 The picture features YANG HYUN SUK with BIGBANG and SECHKSKIES members and a big teddy bear. All of them look happy and have big smiles on their faces.

It turns out that YANG HYUN SUK paid a visit to BIGBANG’s concert at the Tokyo Dome with SECKSKIES and took the picture while he was there.

Meanwhile, BIGBANG became the first foreign group to hold a dome tour in Japan for four consecutive years. BIGBANG’s fourth dome tour “BIGBANG10 THE CONCERT: 0.TO.10 -THE FINAL” kicked off at the Tokyo Dome on November 5-6. BIGBANG will perform at the Fukuoka Yafuoku Dome on November 19-20 and at the Kyocera Dome in Osaka on November 25-27.