[Article] Why is Everyone Talking About Seungri Again? 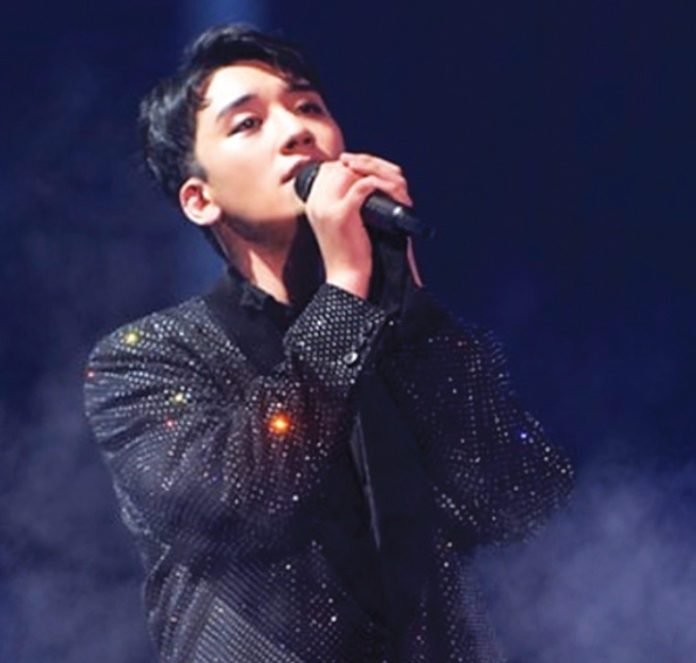 By Sabah S. Themis B.S. of Political Science, J.D. in Law and LL.M. in International Law

Seungri, (BigBang’s Lee Seunghyun), has been scrutinized by South Korean law enforcement officials, media, and netizens since March. He has fully cooperated with the investigation while adamantly maintaining his innocence.

The last few months, as investigations wound down, there has been a lull in the media; one that did not prevent vast speculation and judgment. When November rolled in and news about the molka trials broke out (involving Jung Joon Young and Choi Jong Hoon, et al) suddenly, everyone wanted to know, “What about Seungri?”

In South Korea, military service is mandatory for men, however, it can be postponed until the age of 28. Seungri’s Birthday is fast approaching and he will be turning 29 in December.

If the Military Manpower Administration (MMA) sends Seungri a notice of draft then he must enlist. According to Military Service Act, Article 60 unless a person is convicted of a crime or is under execution of his sentence they must report when called. Thus, Seungri will most likely enlist.

If that is the case, what happens to his legal battle?

On October 31, the police announced that the Sophisticated Crime Investigation Division will forward their completed investigation regarding Seungri’s gambling to the Prosecution on November 1 with a recommendation for an indictment for Habitual Gambling.

South Korean law is unique because it applies to citizens both in the country and abroad. Investigations about gambling abroad are usually done as a part of a more substantial case against a person.

Where the Case Stands

Seungri’s case is currently pending under review with the Prosecution. With the addition of the habitual gambling, the Prosecution has a total of eight alleged charges to consider when deciding to indict or not indict: Violation of Food Sanitation Act (involving Monkey Museum wrongfully registering business); Prostitution (For self);

The Prosecutor must determine if the evidence is substantial and meets the burden of proof needed to indict and if such an indictment can be proved beyond a reasonable doubt in a court of law.

If the Prosecutor indicts, Seungri will have to stand trial. One might ask, “Wait a minute, didn’t Seungri already have a trial? What was the hearing about the Arrest Warrant (AW) all about then?”

Preceding Judge Shin Jong Yeol, (the Seoul Central District Court) explained factors behind his decision by proclaiming; “There is room for dispute in regards to the main suspicion, which is embezzlement. It is also difficult to recognize a reason for detention, such as the potential destruction of evidence, in regards to the remaining suspicions.”

In addition, the Judge ruled that the Prosecution failed to meet the standard of probable cause to prove “the existence and scope of criminal liability.” Even the most simple and basic questions of “how the funds are withdrawn” and “the allocation of the funds” were left unanswered.

Plainly put, the Judge said the investigation on Seungri’s case didn’t have sufficient proof showing a reason for an AW to be granted. The evidence had major missing points and big holes to fill before the law could grant a request to hold the suspect in detention.

On May 15, the Seoul Central District Police said, “we’ll be respecting the results of the arrest warrant evaluation yesterday.” The Police acknowledged the lack of evidence required for extended detention and decided to continue the investigation without detention. On June 25, the Seoul Central District Police stated that Seungri’s case has been forwarded to the Prosecution with a total of seven charges recommended for Indictment.

Case Review by the Prosecution

In South Korea, only the Prosecution has the power and legal authority to indict. All criminal cases under investigation must be forwarded to the Prosecution for decision regardless of if the Police recommend or do not recommend indicting a particular allegation. The Prosecution is the sole deciding power on indictment by law.

When a case is forwarded to the Prosecution, it is up for review by the Prosecutor in charge of the case wherein they carefully examine the concluded police investigation and conduct an independent investigation to clarify any questions that arise during the review.

In the case of Seungri, the Prosecutor’s duty is to decide based on the law and evidence whether to indict or not.

An indictment is not an automatic verdict of guilt. Only after a fair trial, a court of law can declare a guilty verdict. Until then, by South Korean law and the UN’s Declaration of Human Rights: a suspect is “presumed innocent until declared guilty by a court of law.” If the Prosecution does not make a decision or indicts after he enlists then the case will continue under partnership of civilian and military authority. The MMA has special provisions to handle individuals who enlist while under investigation. The case will proceed in the Military Court. However, if the Prosecutor decides not to indict then Seungri’s case is finally closed.