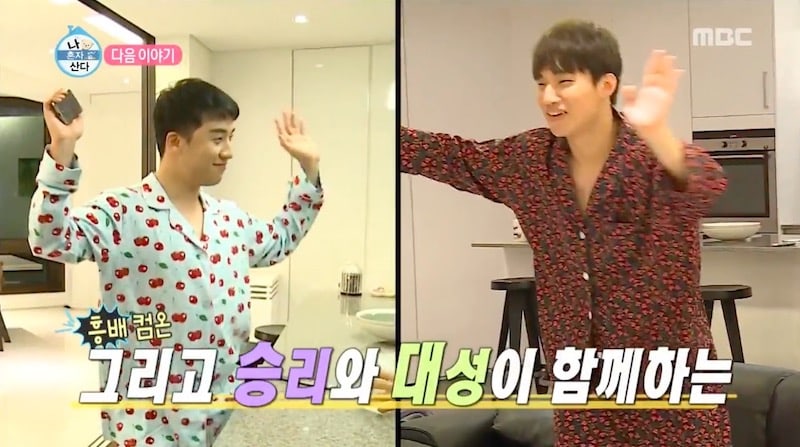 At the end of August 11’s episode of the show, a preview was revealed for next week that shows Taeyang in his daily life at home, and out and about in his neighborhood.

It also includes a clip of Daesung and Seungri at Taeyang’s home, where the trio has a great time dancing in their pajamas, and Seungri tackles Taeyang to the floor while wearing a jiu-jitsu uniform.

Watch the preview below!