“SECHSKIES? BIGBANG?” YG’s “WHO’S NEXT?”, Who will come back on December 1 [Official announcement] 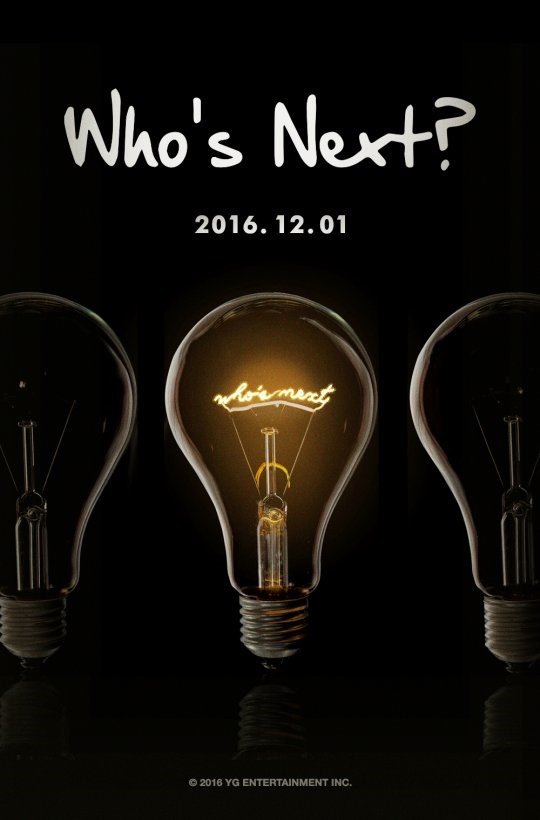 YG Entertainment (“YG”) has announced comeback of one of its artists on December 1.

This year, a variety of YG artists including BLACKPINK, CL, and MOBB have recorded great hit, and still, YG has more new projects to present from now on.

BIGBANG who is known to have shot new music videos recently is supposed to come back soon. PSY will hold a concert in December. SECHSKIES will release a new song and then hold tour concert in Daegu and Busan, after their comeback concert held in September which was their first concert in 16 years. AKMU is also to release new album “SPRING Vol.2” soon. As YG likes to carry out surprise projects, a new one other than above-mentioned events is also expected by fans.

Music fans are now paying keen attention to who the one to come back on December 1 will be, out of all those YG artists supposed to come back soon.