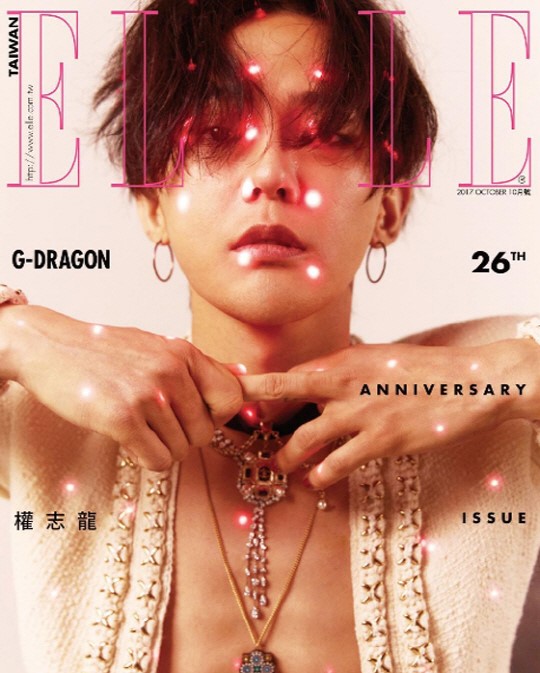 G-DRAGON in the cover of the magazine is like charisma itself.

Notably, G-DRAGON’s flagship overwhelming eye expression completes a scene like one in a movie.

G-DRAGON has recently finished his solo world tour “ACT III, M.O.T.T.E” in a great success. The tour was held in 29 cities around the world from its beginning in Korea in June this year until its grand finale in Taipei, Taiwan, on October 8.