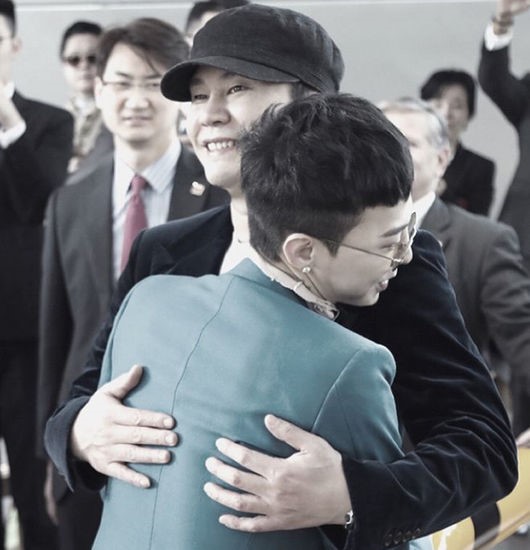 [OSEN=김은애 기자] YG Entertainment’s YANG HYUN SUK and BIGBANG’s G-DRAGON are deeply associated with each other. They have been together for approximately 18 years.

Being partners for 18 years in the entertainment industry is not easy and uncommon. However, YANG HYUN SUK and G-DRAGON were different. They have surpassed their relationship as owner of an entertainment company and its artist, and are maintaining their family-like relationship.

G-DRAGON once stated in a broadcast, “YANG HYUN SUK made me write and compose a song every week when I was in 9th grade, and he did that for 6 years. I didn’t know where to begin at first, but I improve after a year. Later, I started writing songs like it’s nothing”. In other words, YANG HYUN SUK paid an immense contribution in creating G-DRAGON’s musicality he has shown in the past years.

Nevertheless, it doesn’t mean that the relationship between the two was only limited to music. They have shared information on other various fields such as fashion, exceptionally caring for each other. They are fond of each other more than any other teacher and student relationship that exist in other entertainment agencies. 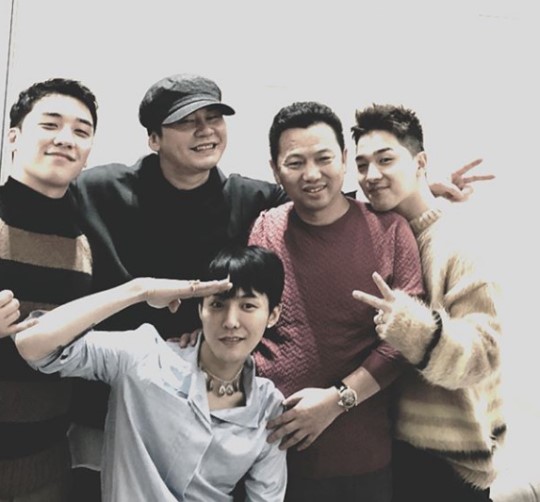 However, YANG HYUN SUK and G-DRAGON will have to say goodbye to each other for a while. G-DRAGON will enlist in the army on February 27.

On the day before G-DRAGON’s enlistment, YANG HYUN SUK wrote on his social media, “Last dinner together for a while. Come back safely in good health”. He uploaded two photos along with the caption, which included a photo of G-DRAGON performing a military salute with YANG HYUN SUK and a photo of the two hugging each other, making the viewers realize their special friendship and bond the two people share.

YANG HYUN SUK and G-DRAGON were considerate towards each other before they were sitting down, and stayed together when they were moving locations during the event. The 18-year friendship shined although it was two days before G-DRAGON’s enlistment.

YANG HYUN SUK and G-DRAGON are like family. Although they will have to depart for a while, their friendship will not stop at 18 years, and will continue further, whether it be 28 years or 38 years.