Following the release of G-Dragon‘s bespoke Nike Air Force 1 “Para-Noise,” made in partnership with his clothing line PEACEMINUSONE, the K-pop star held a celebratory launch event at Seoul‘s Olympic Park. G-Dragon chose the location, which played a major role in the 1988 Seoul Olympics, for its longstanding representation of achieving peace and harmony through sports. 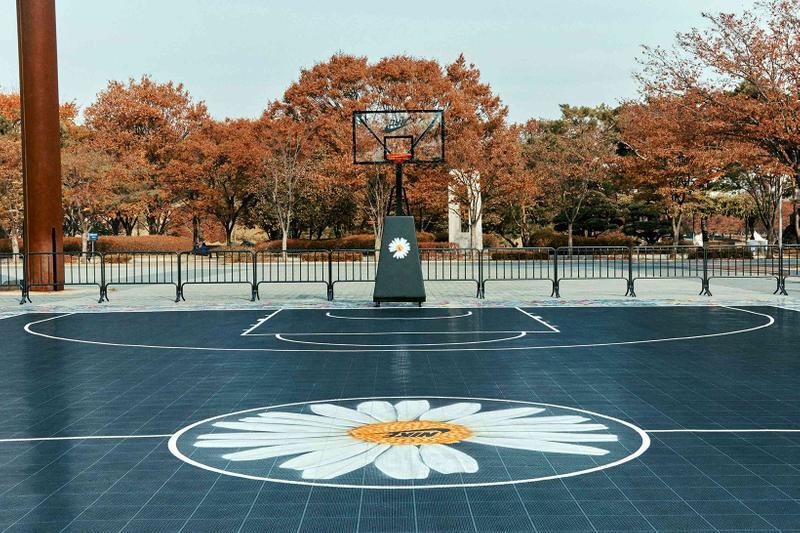 The singer and rapper added context to the Nike Air Force 1 “Para-Noise” with an installation of his personal artworks, including a custom basketball court heavily featuring PEACEMINUSONE’s daisy motif. As part of the celebration, a group of artists joined G-Dragon for a live painting performance exemplifying the brushwork hidden beneath the black exterior of his PEACEMINUSONE x Nike Air Force 1. The star customized a series of blank, white AF1s on the spot, later gifting them to fans who were lucky enough to draw a winning ticket in a raffle-style contest.

Following the launch, G-Dragon and Nike announced that the customized basketball court would be donated to the city in an effort to inspire Seoul’s youth. Representing South Korea’s first art court, its sidelines are painted with the message “THE FLOWER IS THE YOUTH OF LIFE” and Nike’s “JUST DO IT” slogan is reimagined in Hangul on the hoop backboard.

Check out photos from the inspiring event in the gallery above.