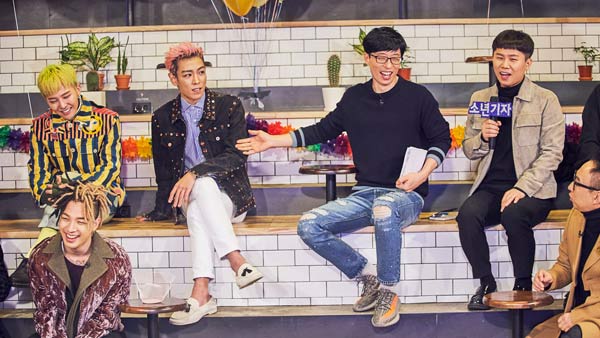 MBC’s “Infinite Challenge” has come out on top in Saturday variety show ratings with the help of BIGBANG.

The December 17 episode had BIGBANG as special guests, with all five members appearing on the show for the first time in five years. Set in a talk show format, the episode had BIGBANG engage in various competitions with the cast of “Infinite Challenge” to see who was more stylish or had better dance moves.

Don’t forget to check out the latest episode below and watch BIGBANG go toe to toe with the cast of “Infinite Challenge”!