G-DRAGON said, “BIGBANG has gone through a lot of things… We could overcome them all thank to fans” 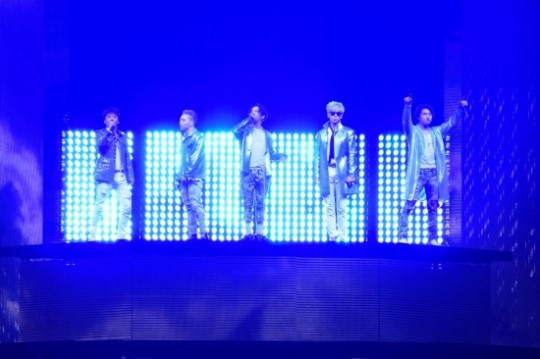 On November 5 and 6, BIGBANG successfully finished the Tokyo Dome show of their Japan dome tour “BIGBANG10 THE CONCERT : 0.TO.10 – THE FINAL –“.

Each show at Tokyo dome was filled with more than 55,000 fans. The concerts started with “MY HEAVEN”, the song for BIGBANG’s debut in Japan’s major music scene. When the five of BIGBANG members appeared on the stage to magnificent strings sound, the acclamation from 55,000 fans surrounded the entire concert hall.

During the performance of “GARA GARA GO!!”, the entire audience in the hall was like a great choir. Following solo and unit performances of BIGBANG members further heated up the atmosphere in Tokyo dome.

G-DRAGON said, “I believe the climax of the ten years of BIGBANG is today. A lot of things have happened along the way we’ve come here today, but we could overcome those all thanks to the members and you, fans. I really thank you”.

T.O.P also expressed his gratitude by saying, “These days, I’m surprised by how fast time flies. With the time, good memories with you are also building up, so my heart is filled with joy. For me personally, this concert at Tokyo Dome might be my last visit to Tokyo, so each and every one of you here is all the more important to me. Please look forward to the upcoming new album of BIGBANG.”

The climax of the show was the performance of “BANG BANG BANG” and “FANTASTIC BABY”. Passion of BIGBANG members and the audience in unity resonated in the entire dome. For the two days of the show, BIGBANG presented total two hours and 45 minutes of performances for 22 hit songs of the past 10 years, to fascinate all the audience.