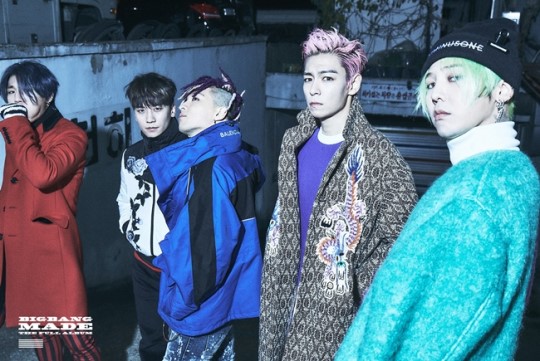 [OSEN=정준화 기자] It will be the real “last dance”. BIGBANG will mark the grand finale of the performances for their new album in “INKIGAYO” on January 15. As BIGBANG has already taken No.1 in “INKIGAYO” with “FXXK IT” for three weeks in a row, the last performance in the show will have all the more special meaning.

According to TV insiders on January 12, BIGBANG will give the last performance for their third full album “MADE” in TV music show “INKIGAYO” of SBS, which will be aired on January 15.

“INKIGAYO”s producer Cho Moon-joo said to OSEN, “BIGBANG has prepared the performance of ‘LAST DANCE’ for fans. I heard that BIGBANG is working very hard on it. I think it will be a touching moment of saying goodbye to fans.”

As BIGBANG will not perform as a complete team for a while after T.O.P joins the police for his mandatory military service in February, the last performance of BIGBANG is drawing keen attention.