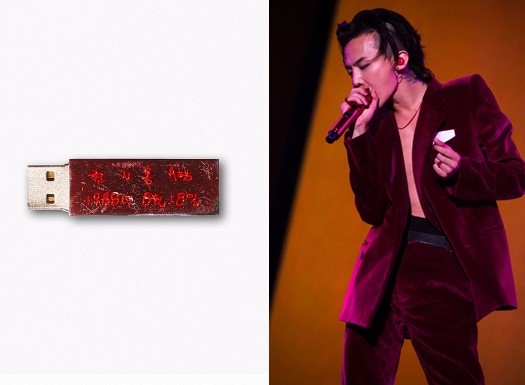 [동아닷컴=전효진 기자] US music magazine Billboard published an article about the debate over whether G-DRAGON’s “KWON JI YONG” album should be considered as an album.

Billboard wrote, “the five-track release is currently considered ineligible for South Korea’s domestic Gaon Chart due to its USB flash drive format” and that “the issue has drawn debate from fans and industry executives…”

“When one puts the flash drive into their device, a folder containing a hyperlink leads the consumer to a Website featuring three pages: one with the individual song downloads, one with photos and the last with videos including music videos and exclusive, behind-the-scenes footage of the album photo shoot” wrote Billboard to explain how G-DRAGON’s USB album works and to point out the reality and the limits of CDs as music storage devices.

It asked, “With music so widely and much more easily available via streaming and YouTube, not to mention the competitive music programs also counting listening statistics, are fans even really listening to the music on the physical CDs or does it merely represent an important step and trinket in fandom culture?”

And lastly, the magazine wrote, “It’s possible that G-Dragon will be an unfortunate victim of South Korean chart history…Times change quickly with technology and with the Internet very possibly creating an entirely new format or an alternative listening method comes into play, that forces charts teams to rethink their policies once again.” 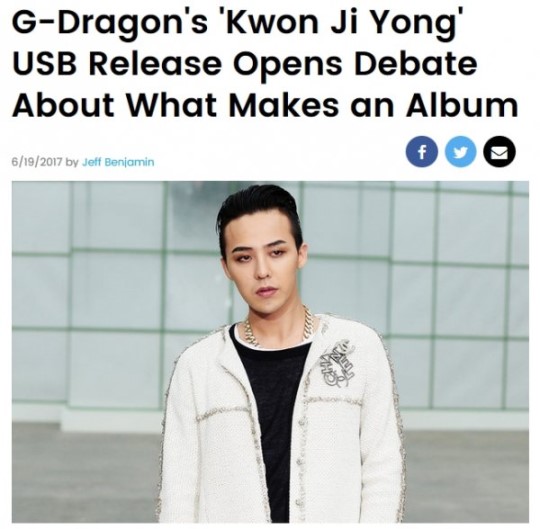 Earlier on, the Korean Music Content Industry Association (KMCIA) announced that G-DRAGON’s USB album cannot be considered as an album. The problem was that the USB only contains the hyperlink to a website where buyers can download the album. However, the Hanter Chart accepts G-DRAGON’s USB album as an album and reflects its sales number when compiling date for its charts. On June 19, the Gaon Chart officially announced its final decision that it will not accept G-DRAGON’s “KWON JI YONG” as an album.