[Article] BIGBANG as big as ever and heading for Hong Kong 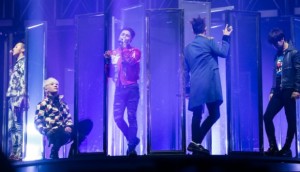 K-pop may have a massive global fan base that adores its catchy music, stylish stars and high production values, but individuality is not usually a word that comes to mind when describing the genre.

The industry is often criticised for churning out cookie-cutter groups that look, act and sound eerily, almost robotically, similar. But in a nation that values homogeneity, South Korea’s BIGBANG have stood out from their rivals by cultivating an image and promoting the individual creativity of its members.

Since BIGBANG made their debut in 2006, the five-member group – consisting of singers G-Dragon, T.O.P, Taeyang, Seungri and Daesung – have dabbled in everything from hip hop and R&B to electronic dance music (EDM) and rock. Their endeavours have also gone beyond music and into the realms of fashion, lifestyle and the arts.

With a new album, MADE, to be launched in the coming months, BIGBANG kicked off their 2015 world tour in Seoul last month and will call through Hong Kong for three sold-out concerts at AsiaWorld-Arena next month. 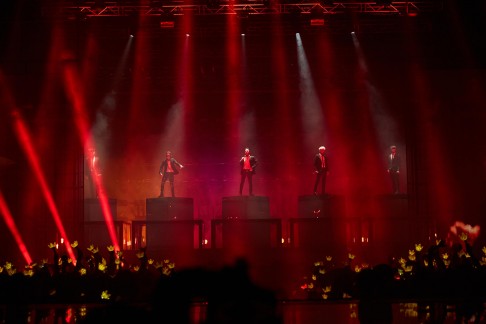 G-Dragon, the group’s leader, spoke to 48 Hours in Seoul earlier this month about his enthusiasm for the upcoming shows. “I’m always excited to go to Hong Kong because it’s a great place,” G-Dragon, whose real name is Kwon Ji-yong, says while a slightly bored-looking Taeyang sits nearby at a fashion event in Seoul. “I really wanted to head over earlier [this year, but I was too busy before].”

And with that, G-Dragon and Taeyang are engulfed by the crowd and disappear into their flock of admirers.

Although they may seem glamorous and nonchalant, BIGBANG are the kind of guys who won’t let on how hard they have worked to get to the top. The group came together when G-Dragon and Taeyang were recruited at age 11 by Yang Hyun-suk, the CEO and founder of K-pop conglomerate YG Entertainment and a former member of Seo Taiji and Boys, one of South Korea’s first boy bands.

YG is one of South Korea’s top entertainment firms – it recently received US$80 million in funding from French luxury conglomerate LVMH – and is behind other acts such as 2ne1 (the “female BIGBANG”) and PSY of Gangnam Style fame. 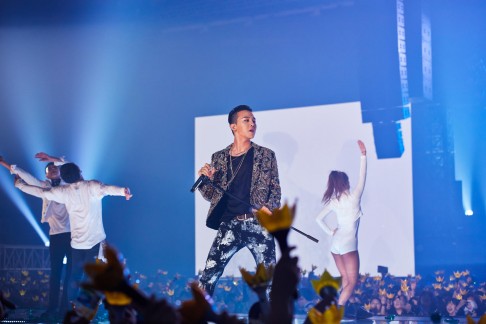 During recent interviews, Yang said BIGBANG weren’t easy for the industry to categorise when they first arrived on the scene as they didn’t sing typical K-pop ballads and weren’t conventionally handsome like other boy bands.

Instead, Yang decided to focus on their individual personalities: G-Dragon became the musical and stylistic leader; Taeyang adopted the persona of a free-spirited R&B singer akin to a young Usher; T.O.P became the main rapper; Daesung, arguably the strongest vocalist, was styled as a somewhat mysterious figure; while Seungri grew into his status as the “baby” of the group.

In 2006, the group’s first full-length album, Bigbang Vol 1, was released when the members were aged between 16 and 19. The hip-hop-influenced album, which features a memorable version of Maroon 5’s This Love adapted and rewritten by G-Dragon, made a sizeable impact on the charts. BIGBANG’s celebrity status was enhanced the following year with the release of Always, the group’s first EP, which included breakout hit Lies.

As a celebrity in South Korea, you know you’ve made it big when you become the face of every brand on television, YouTube and street ads. By 2011, BIGBANG and its members were endorsing everything from beer and telecoms firms to ice cream, lattes and fried chicken, and, in 2012, they were reported to have earned more than six billion won (US$6 million) from endorsements alone. 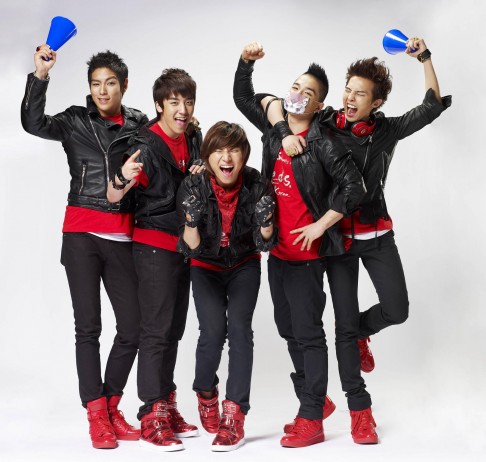 After BIGBANG reached the dominant position in K-pop, the members branched out into solo projects, not just in music but also in fashion and television dramas – T.O.P appeared as a leading character in several films, including action thriller Iris, while Taeyang released a solo EP titled Hot.

G-Dragon released a solo album, Heartbreaker, in 2009, which became one of the year’s top sellers. However, the record met with accusations of plagiarism – one of the songs, Butterfly, written by G-Dragon and members of his songwriting team, was said to sound similar to Oasis’ She’s Electric. However, to this day, G-Dragon and YG deny all charges of appropriation.

More recently, there have been whispers YG and G-Dragon are looking to collaborate with South Korean visual artists and showcase this work in galleries, but art critics have expressed scepticism over YG’s intentions. 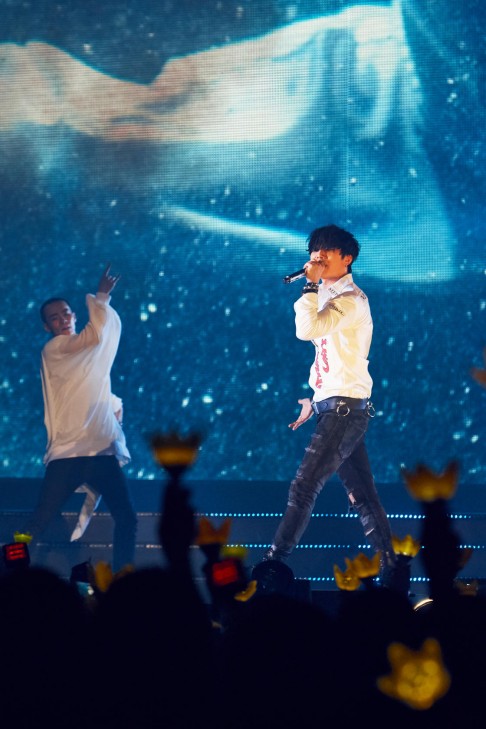 “Kanye West, through his work with Yoko Ono, became something of an artist … and, like Kanye West, YG is trying to convert G-Dragon into an artist. This is a really big issue in the Korean arts scene, because artists don’t like what they’re doing,” says Kevin Sohn, a representative of Seoul grass-roots gallery and cafe Takeout Drawing.

“A famous artist will be able to sell their work with their name alone,” he says. “That’s what entertainment companies do. They have what is basically a slave contract for 10 or 20 years; the artists give away all their rights and the firms sell everything connected with them. It’s not just about their music.”

BIGBANG are no strangers to controversy and have weathered many storms over the years: in 2007, T.O.P caused an outcry when he wore a jacket bearing the Imperial Japanese Army flag; G-Dragon tested positive for marijuana in 2011; photos of Seungri were published after a one-night stand in Japan in 2013; and, most seriously, Daesung was implicated in the death of a motorcyclist in Seoul in 2011 (he took a year off from the group after his acquittal). 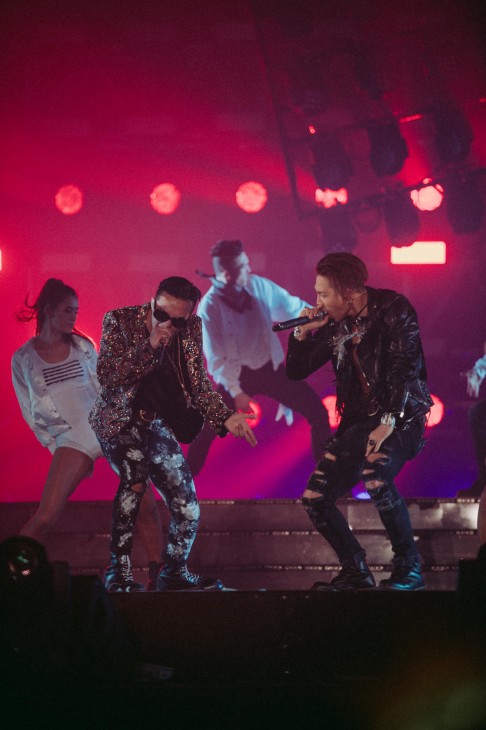 When asked at a press conference in Seoul ahead of the world tour about the secret of maintaining their team spirit, G-Dragon said: “We’re not BIGBANG if one of us leaves or gets switched. In any case, five of us became one team. We’ve become good friends and that’s what keeps us together.

“I don’t think we should keep BIGBANG going by doing drastic things like changing members or kicking someone out. We create a great synergy effect when the five of us are together. We are not close with any other artists but only with our members. We’re good friends and that’s what keeps us going.”

After each of the scandals, BIGBANG have bounced back with new music, and their latest releases Loser and Bae Bae, both from the upcoming MADE album, are representative of the group’s development into maturity.

Loser debuted at the top of the iTunes singles charts in Hong Kong, Macau, Singapore, Taiwan, Vietnam and Thailand. And despite its chart success, BIGBANG have said the song is an anthem for the disenfranchised, a message that has resonated among youngsters in South Korea, where competition is rampant in almost every aspect of life. 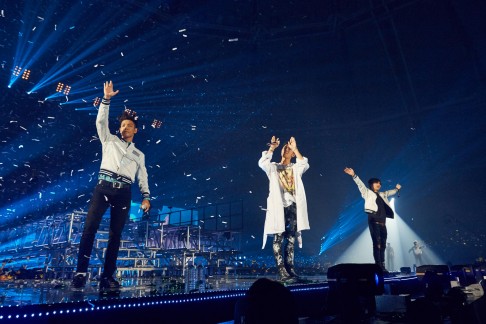 The unemployment rate for South Koreans aged between 15 and 29 recently hit a high of 11.1 per cent, and many are struggling to find work in the current economic slump. During a recent interview with South Korean media, Taeyang spoke about the pressures of competition and Loser is meant to give hope to those experiencing hard times.

Meanwhile, the music video for Bae Bae is also the subject of much debate in South Korea. Filled with imagery of blooming flowers, and rife with sexual innuendo, the video is pushing the limits in South Korea, even though it might be seen as tame by Western standards. In a nation that holds tight to its traditional values, BIGBANG are one of the few groups whose “bad boy” image allows them to get away with displays of sexuality.

Perhaps it has to do with their so-called veteran status and perceived sophistication within the industry, but even after nine years in the spotlight, BIGBANG haven’t finished forging their K-pop legacy. 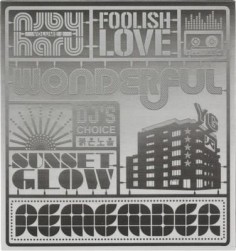 Three of the best

The band’s second full-length album features songwriting by G-Dragon and T.O.P, and is bursting with tracks that combine R&B with polished electro-pop. On dance-pop numbers such as Sunset Glow, the boys sound carefree and youthful, rapping about love in a positive way. While the album is considered dated in South Korea, it continues to receive plenty of airtime on radio. 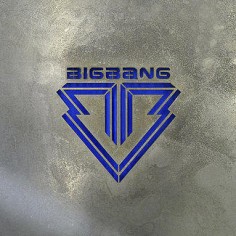 This is exactly what it says it is: an album full of catchy, upbeat dance-pop tracks such as Love Dust, as well as grandiose club anthems (Fantastic Baby). The latter track remains popular and is featured in the latest trailer for the upcoming film Pitch Perfect 2. 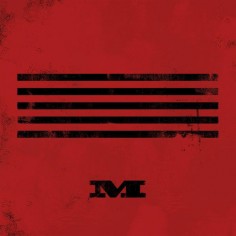 With two hit singles — Loser and Bae Bae — already released, the band’s latest offering looks poised to become the new favourite of K-pop lovers. Bae Bae is the highlight, with a slick trip-hop intro that segues into an acoustic ballad to create a track that is equal amounts catchy and cool.