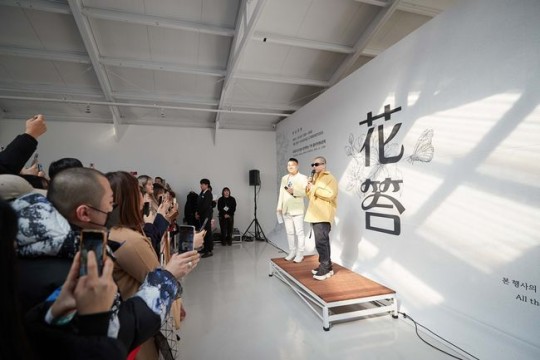 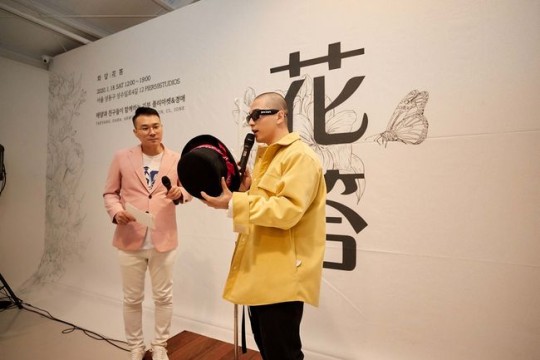 [OSEN=지민경 기자] TAEYANG of BIGBANG ended his charity flea market held in a warm heart in success and exercised his positive influence. The meaningful scene was filled with touching moments and smiles which TAEYANG and his fans’ have created, which added even more meaning to the event.

On January 18 from 12 PM until 7 PM, ‘Hwadap : Charity Flea Market & Auction by TAEYANG and Friends’ was held in PIER59 Studio, Seongsu-dong.

A total of 700 participants who had previously applied for the event filled the studio in orderly manner, 140 people per hour in a total of 5 periods. As celebrity possessions have been displayed with a relatively low-price tag, people worried that there may be a competition over the goods, but the worries were not necessary. The fans displayed their mature side and smiled while carrying their selection of goods in a friendly atmosphere. 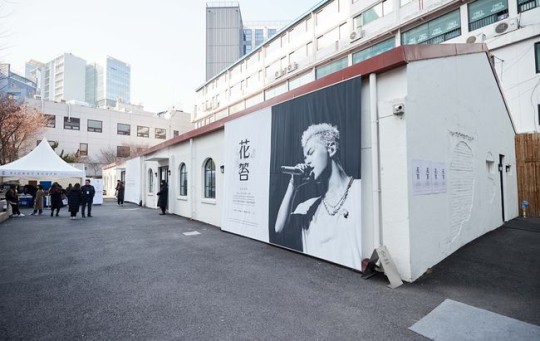 Whenever a period of the flea market ended, an auction of TAEYANG’s special cherished belongings began. They were goods that have a story and memory of TAEYANG and his fans, which he has been on stage while wearing or used while shooting a music video.

TAEYANG captured each fan through his eyes, as he has met them for the first time since he was discharged from the army. He shared how he has been by stating, “It’s been two months since I was discharged, but I still feel dazed”. He added, “I’m spending busy days preparing for our performance at Coachella on April”.

From the first period until the fifth period, a total of 5 cherished belongings of TAEYANG met their new owners through a wild and fluttering auction process. TAEYANG introduced, “They are all meaningful things which I cannot name their price” and ran the auction himself with his MC-like humor, communicating with the fans in jolly fashion. 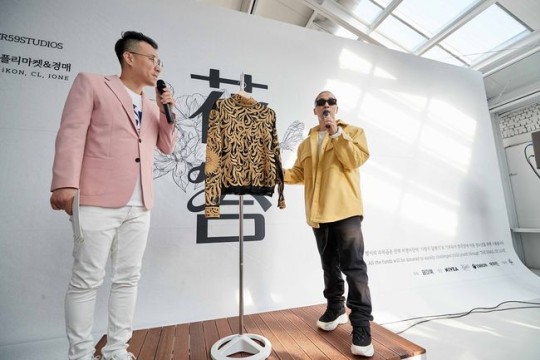 His love for the fans was special. TAEYANG made heart signs with his hands for the fans and took off his sunglasses when he was asked to, while he took photos with the fans. His friendly fan-service made the participants cheer.

After the event, TAEYANG shared his thoughts in the waiting room. “It was touching to meet my fans in such a close range”. He continued, “I’m grateful for the fans for being active and polite. A lot of staff members and related officials praised the fans. I’m really proud of them”.

He added, “Unexpected outcomes came from the auction, which was interesting. Above all, I’m happy and proud that I’m heading towards a good direction with my fans”. 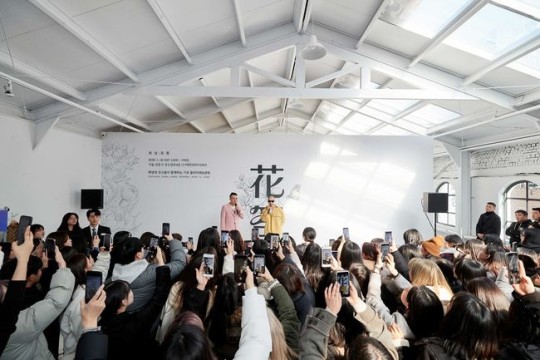 In addition to TAEYANG who has donated 1,300 pieces of his precious belongings, fellow artists including Sandara Park, AKMU, WINNER, iKON, CL, and IONE participated the event as well. TAEYANG thanked them by stating, “I sincerely thank everyone who have participated the event without hesitation, saying that it’s a good opportunity to help”.

TAEYANG also hoped, “It would be realistically difficult to hold the event often, but I would like to make the charity flea market into a yearly event if possible”. He added, “An artist’s unused item can earn a new life through the flea market, while its proceeds can be a seed of a bigger sharing”.

All proceeds from the flea market & auction, held with the hearts of TAEYANG, his friends, and his 700 fans will be donated to the social service organization ‘The Snail of Love’ and will be used for the cochlear implants and rehabilitation of children and teenagers who are hearing impairment.