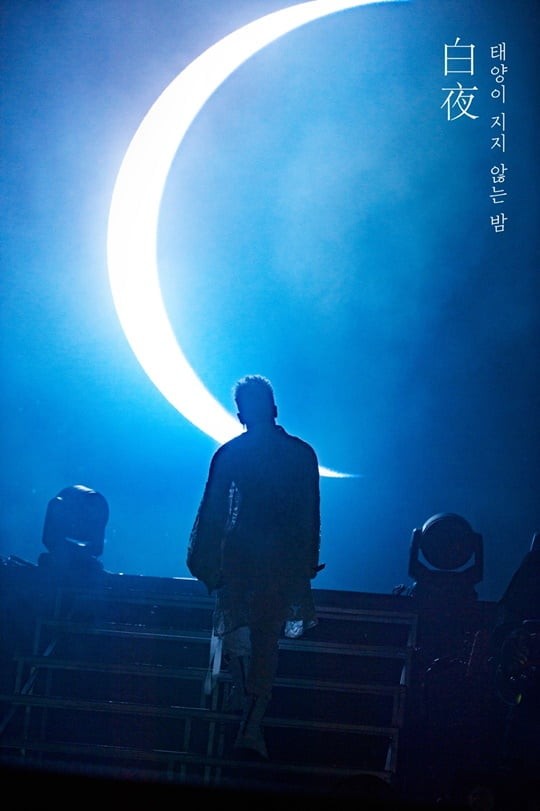 [한경닷컴=김나경 기자] BIGBANG TAEYANG’s first-ever documentary as Dong Youngbae will be revealed for the first time.

According to YG Entertainment on May 11, the documentary ‘白夜 | WHITE NIGHT’ will be consisted of a total of 8 episodes. It will air beginning on May 18, TAEYANG’s birthday, for 4 weeks on every Monday and Thursday at 7 PM through TAEYANG and BIGBANG’s official YouTube channel.

Back in August 2017, TAEYANG released his third album ‘WHITE NIGHT’, which implies a ‘night without sundown’. He went on a solo world tour with the release of his album, then got married and enlisted in the army.

The documentary contains the record of a total of 215 days from the preparation of TAEYANG’s album to his enlistment. Real stories of Dong Youngbae deeply thinking about his identity and values will be presented through the documentary.

G-DRAGON of BIGBANG has previously presented a documentary titled ‘Kwon Ji Yong Act lll: M.O.T.T.E’. TAEYANG will follow up G-DRAGON and is expected to receive positive reviews from global fans through his sincere self.

After making debut as a member of BIGBANG back in 2006, TAEYANG took a huge role in the team after showing multiple talents in both singing and dancing. He was loved with his hits as a solo artist including ‘Wedding Dress’, ‘RINGA LINGA’, ‘Eyes, Nose, Lips’, and ‘WAKE ME UP’.

TAEYANG got discharged from the army last year on November after completing his military service. Numerous fans visited the scene and congratulated TAEYANG and DAESUNG for their dischargement, while the two members eye-contacted with many fans while showing appreciation for waiting for them for such a long time.

On January, TAEYANG held a flea market titled ‘花答 – Charity flea market & auction with TAEYANG and Friends’ to make a positive influence for the world. All proceeds from the flea market and auction were donated to The Snail of Love, a social service organization, for the surgery and recovery of the aurally challenged children and youth.

Meanwhile, BIGBANG renewed their contract with YG Entertainment, the agency they’ve spent over 20 years with since they were trainees, on March.