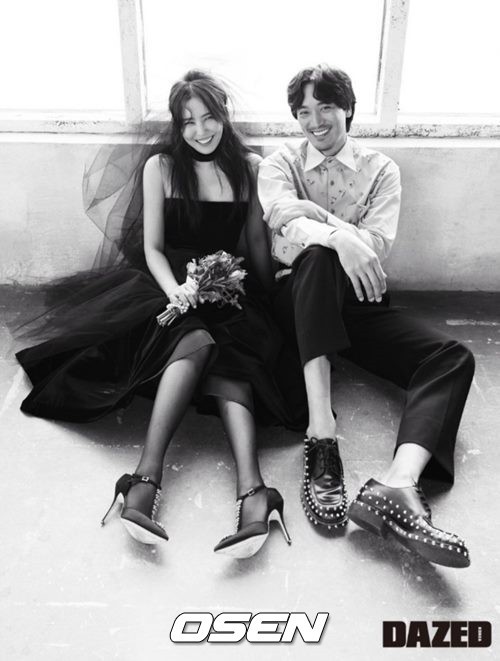 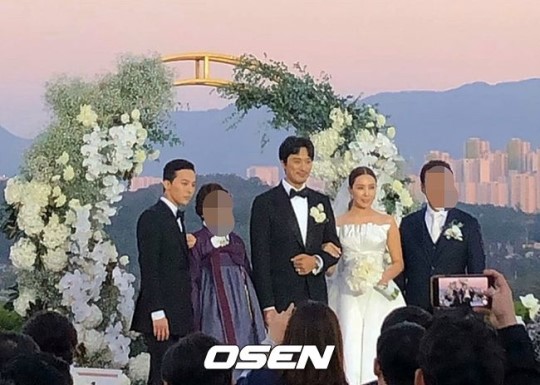 [OSEN=김은애 기자] With his military service discharge coming ahead, G-DRAGON was spotted at his sister’s wedding ceremony. His sister Kwon Dami, a fashion businessperson, and actor Kim Minjun married each other that day.

Kim Minjun and Kwon Dami held their wedding ceremony on the 11th at the Aston House, Grand Walkerhill, Seoul. The wedding was hosted by broadcaster Oh Sangjin, while actor Park Joonghun shared a warm congratulatory message. Singer Lee Sunhee performed ‘Met Him Among Them’ as the nuptial song.

The wedding was divided into 2 parts and was celebrated by over 200 guests. Moreover, the appearance of G-DRAGON grabbed the people’s attention as much as Kim Minjun and Kwon Dami.

Since his enlistment back in February, G-DRAGON is currently enlisted in the army. As a result, his attendance was a huge topic among the fans. As G-DRAGON has been known as a style icon, he presented his unique fashion sense at the wedding as well. He dressed up in a clean suit with a bowtie at the first part of the wedding. Meanwhile, he presented retro charms with a double-breasted suit and a red boutonnière on the second part of the wedding, which had more free vibes.

The photo acquired by OSEN shows G-DRAGON presenting his great visuals along with his parents, Kim Minjun, and his sister Kwon Dami. G-DRAGON grabbed the attention of many guests, and is even becoming a topic of conversation online.