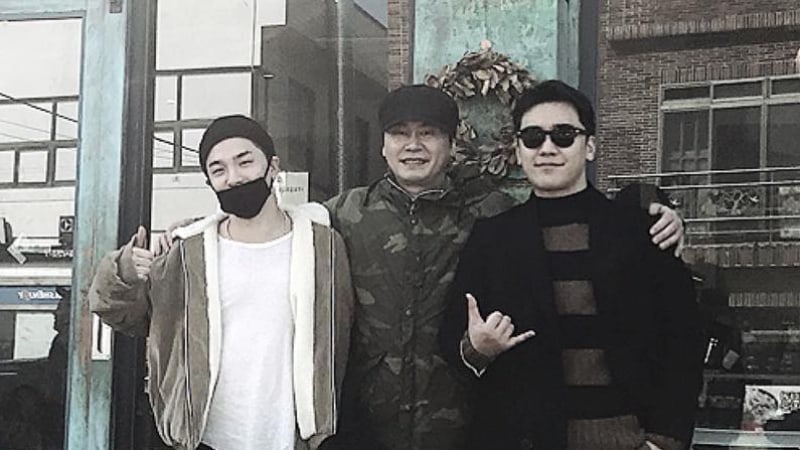 YG Entertainment head Yang Hyun Suk has shared a new photo of himself spending some quality time with BIGBANG’s Taeyang and Seungri on Jeju Island!

On February 24, Yang Hyun Suk revealed that he had enjoyed breakfast and coffee with the two BIGBANG members while on Jeju Island. The YG Entertainment founder posted a photo on Instagram and wrote in the hashtags in Korean, “Jeju Island—coffee after breakfast.”

He also pointed out that Taeyang had been at YG Entertainment for 18 years, while Seungri had been with the agency for 13 years. He wrote in Korean, “For some reason, I feel like they’re dongsaengs [younger brothers] that will stay together with me until the end of my life.”

Taeyang recently confirmed that he would be enlisting in the military on March 12, while Seungri was announced to be starring in YG Entertainment’s upcoming sitcom.