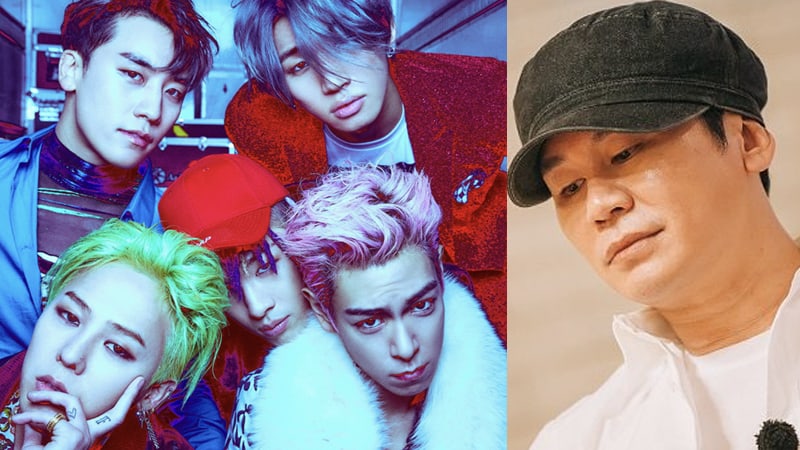 See Also: 4 Love Songs Written By Singers For Their Brides-To-Be

This particular concert was meaningful in that it was possibly the last opportunity to see BIGBANG perform together for the next few years. Most of the members are currently awaiting enlistment, with G-Dragon and Taeyang expected to enlist in the first half of 2018.

In the video, the founder thanked the concert’s staff by saying, “Today was the last day of the concerts. It’s true that all five [members of BIGBANG] did well, but I believe that the present day BIGBANG was made through a collective effort from all of the staff here today.”

Yang Hyun Suk went on to tell the crew, “In two to three years from now, BIGBANG will start again. And I believe they will last forever.”

Yang Hyun Suk also posted a photo of T.O.P’s image that was projected during the concert, and shot of himself with T.O.P. He used song lyrics as hashtags, writing, “I will sing this song as I return to you,” and “If I could see beautiful you again.”

He continued to share that T.O.P’s appearance was one of his most memorable moments of the concert. He wrote, “The most touching part [of the concert] yesterday,” and “See you again BIGBANG,” as well as, “BIGBANG consists of five members.”