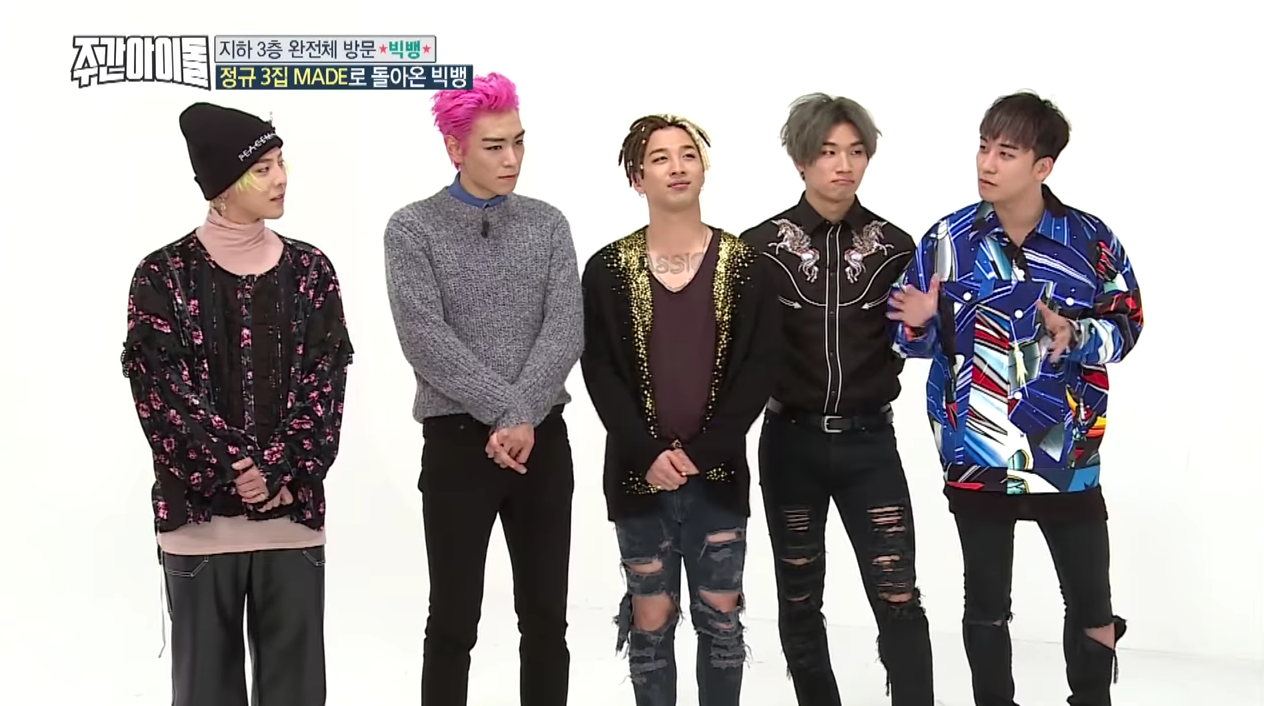 On a recent episode of “Weekly Idol,” the MCs, Jung Hyung Don and Defconn, had fun teasing BIGBANG member Seungri for the line distribution in BIGBANG songs.

Jung Hyung Don started off the conversation commending them for the success of their album. He then asked if all of the members participated in the writing and composing of the album to which G-Dragon said yes.

Jung Hyung Don asked again, “Seungri helped to write it as well?” G-Dragon took a pause and said, “Yes, we can say that he did help write it..”

Seungri then interjected, revealing that he wrote the chorus for “FXXX IT” as well as “Last Dance.” However, he added, “It’s because they don’t let me participate in the important parts like the rap or the melody.” He gave a fervent plea for a chance, attesting that he can do it, as G-Dragon smiles at his earnestness. 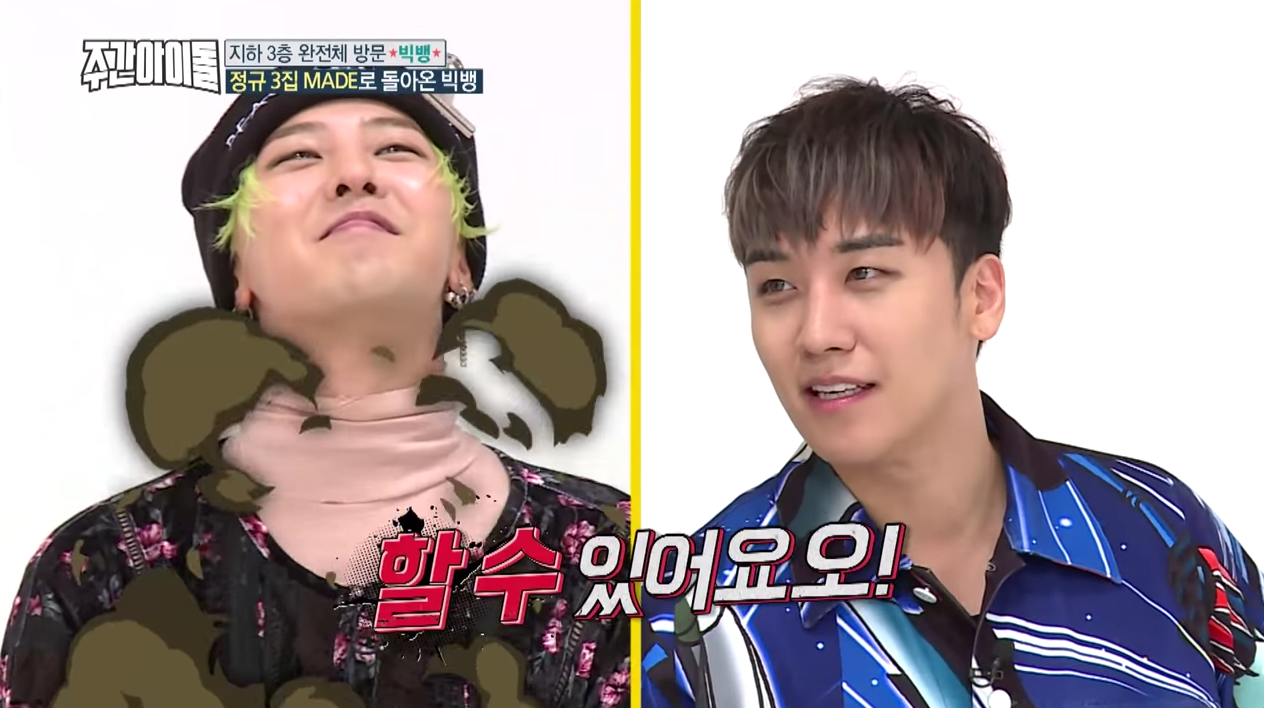 The members quickly came to Seungri’s aid, as Taeyang chimed in that Seungri added in his soft vocals as the back chorus for both of the singles. G-Dragon confirmed that Seungri played an integral part in the album, saying that all of Seungri’s parts are the most important “killing parts” of the songs. T.O.P gave more support for Seungri, saying that in the song “FXXX IT,” the “weak” members start the song off in pairs and Seungri comes in as the focal point by himself for the chorus. 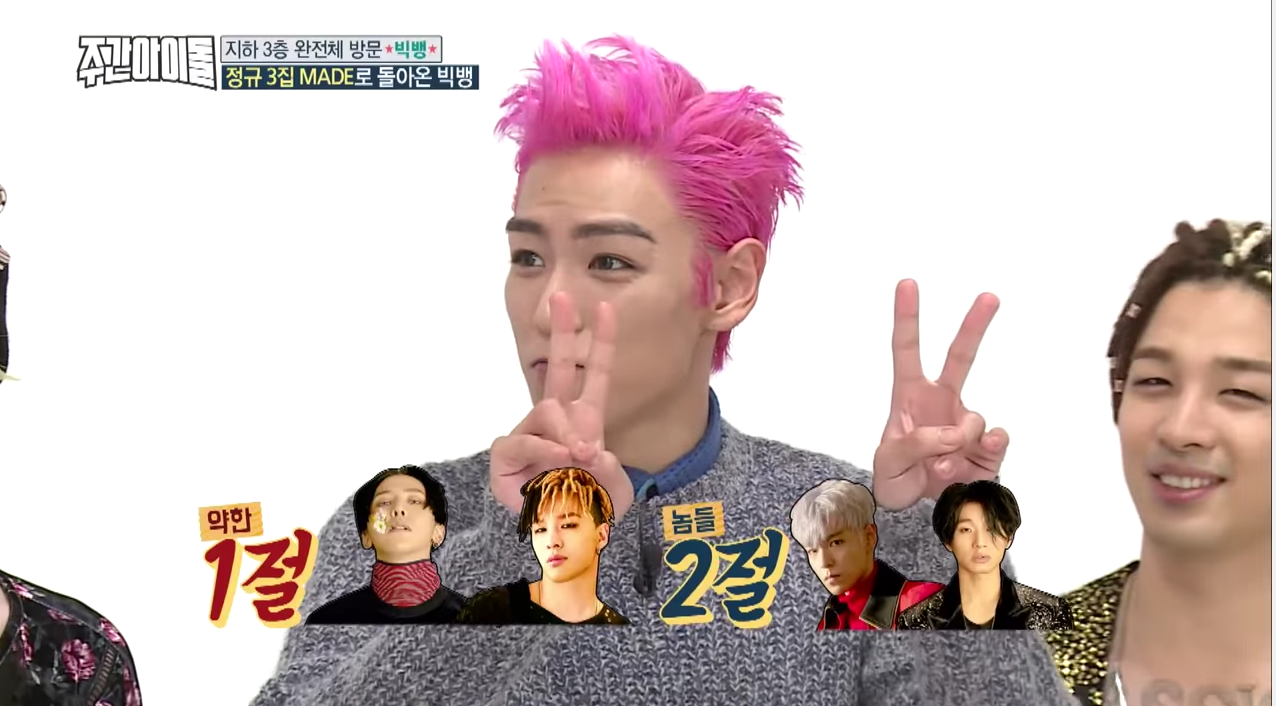 The MCs, however, continued their teasing of Seungri as they observed, “It seems more like the other members didn’t want to associate with Seungri and kept him to himself” as the BIGBANG members burst out laughing.

Check out the funny clip below!