[Article] Watch: Taeyang Talks About His Mindset For Every Album, BIGBANG Members And Staff Share Their Experiences With Him 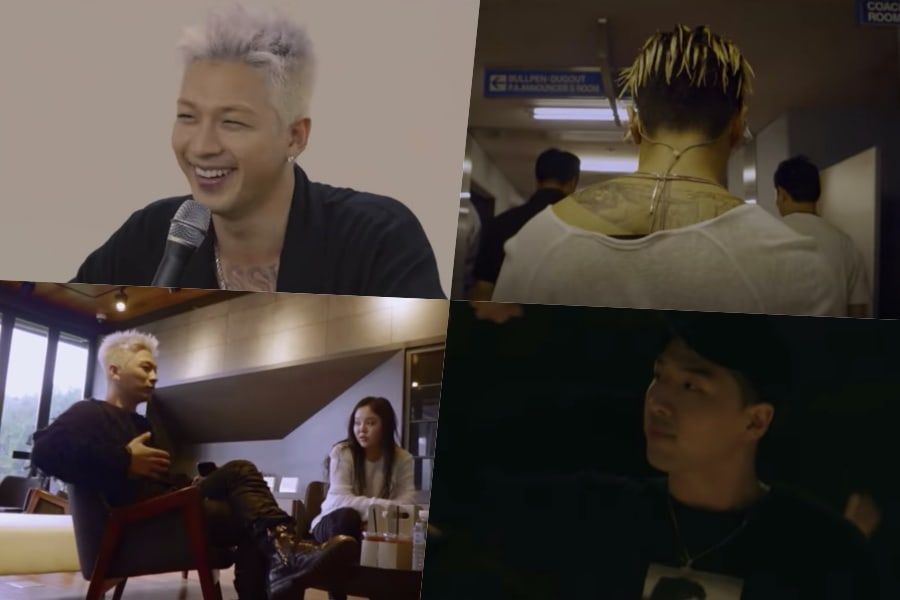 Watch: Taeyang Talks About His Mindset For Every Album, BIGBANG Members And Staff Share Their Experiences With Him

May 18, the first episode of Taeyang’s documentary “White Night” was unveiled through BIGBANG’s and Taeyang’s official YouTube channels.

The episode features footage of Taeyang from before the release of his third studio album “WHITE NIGHT” in 2017.

Fellow BIGBANG members and staff members talked about Taeyang, saying, “He is very clear on his own opinions and views, but he’s also very considerate of others,” “He always has an optimistic point of view,” and “He’s so human.”

On what values he’s pursuing as a person and artist, Taeyang said, “I have to always progress. I need to people to see me as my real self. That’s ultimately the reason why I make music, and why I make art.”

People close to Taeyang further commented on the singer. His old friend and colleague said, “He’s an open person, and he always works hard. It’s great seeing how he never changes.” One bodyguard said, “[Taeyang] is a model person. He’s up early in the morning and is out and about at the same time.” Taeyang’s tour manager added, “I could clearly see how he takes care of the production staff, dancers, and the band [on tour], and it made feel just how good of person he is.”

On the day of his album release, Taeyang said, “I’ve decided to leave everything to the heavens.” He shyly added, “This is the first time I’ve been this nervous.”

When asked if he has a prediction for chart performance, he said he doesn’t know and commented, “I just hope that the results are as great as the process. More than anything, I hope the people that I worked with are happy.”

People around Taeyang gave further testimony on his work ethic, saying, “When he starts on a project, he’s focused 24 hours a day,” and “When people see how hard he works, they push themselves to do better.”

Taeyang said, “Whenever I release an album, I treat it like it’s my last. I’m a realistic person. I always think it could be my last.”

Watch the first episode of the documentary here: