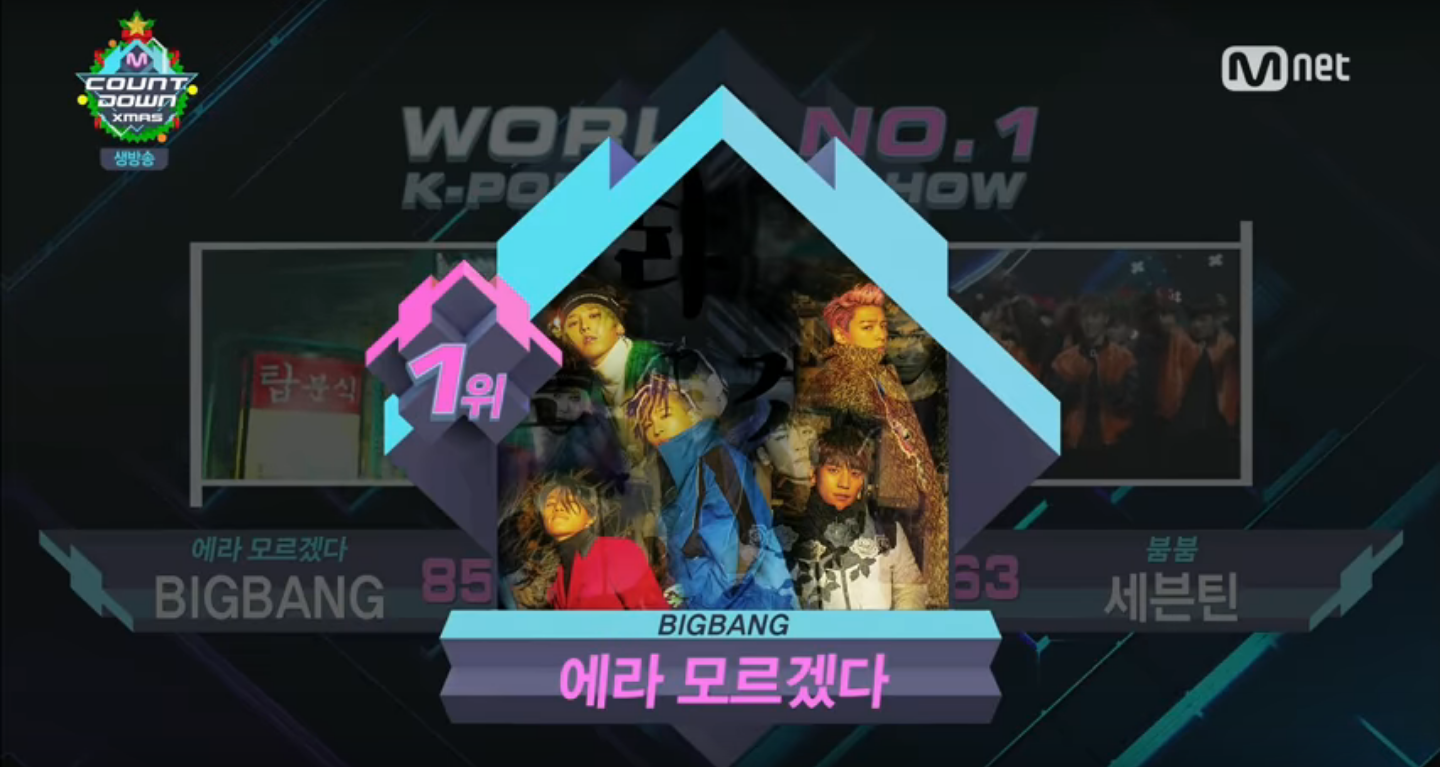 BIGBANG has won their first trophy for their hit track “FXXK IT”!

On December 22’s episode of Mnet’s “M!Countdown,” BIGBANG’s “FXXK IT” off their recent full-length album “MADE” was up against SEVENTEEN’s “BOOMBOOM” for first place.

BIGBANG took the win with a total score of 8,535 to SEVENTEEN’s 4,263. The group was not present to accept their award, as they have only performed the track so far on December 18’s episode of SBS’s “Inkigayo.”

This week’s episode included some special Christmas-themed stages, including SEVENTEEN’s cover of 2005’s “Show Me Your Love” by TVXQ and Super Junior, a “Jingle Bells” and “Feliz Navidad” medley by UP10TION, and a cover of IU’s “Merry Christmas in Advance” by LABOUM.

Other performances this week were by B1A4, Thunder, PENTAGON, KNK, GIRLS GIRLS, B.HEART, MFECT, SNUPER, The East Light, IMFACT, BAD KIDZ, and VOISPER. Check out many of the performances below!

SEVENTEEN – “Show Me Your Love” (TVXQ and Super Junior cover)

PENTAGON – “Can You Feel It”