Watch: BIGBANG Members Show G-Dragon How To Be Cute On “Weekly Idol” 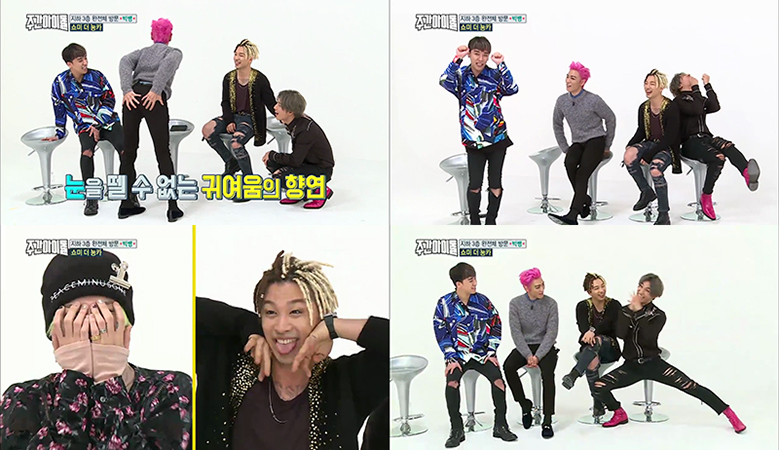 On the January 11 BIGBANG episode of “Weekly Idol,” the show revisited G-Dragon‘s episode from 2013.

As they began a new segment, the members watched an old clip of their leader attempting the “Gwiyomi (Cutie) Player” meme, which was at its peak popularity at that time. 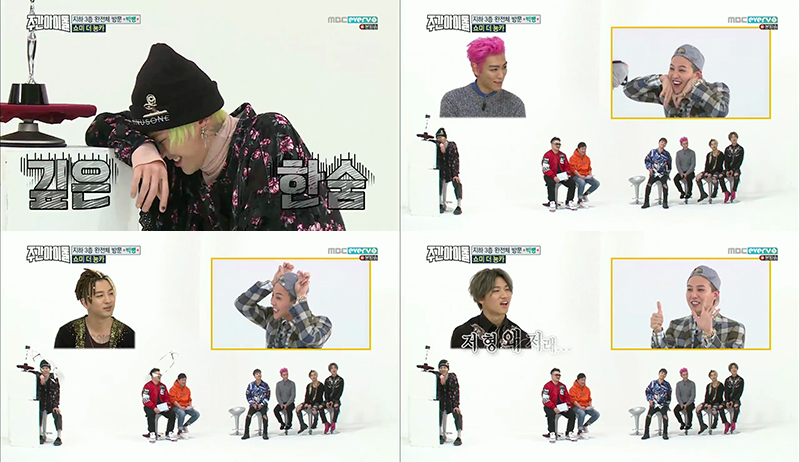 As the other members watched enthusiastically, G-Dragon struggled due to embarrassment.

When the members were asked about their thoughts on G-Dragon’s “performance,” T.O.P immediately replied, “How unfortunate,” causing the set to burst out laughing.

Inspired by G-Dragon’s “Gwiyomi Player,” the other members had to compete with their own renditions. The winner would be chosen by G-Dragon himself, and awarded G-Dragon’s credit card to use for a gift.

As for the criteria for deciding the winner, G-Dragon explained, “Whoever gets me angry from being too cute will win.”

First up was Daesung, and right off the bat, he came out strong and instantly raised the bar by giving it his all. Next, Taeyang gave an endearing rendition by trying his best despite the feeling of defeat. However, the real competition began once T.O.P and Seungri’s turns came around. 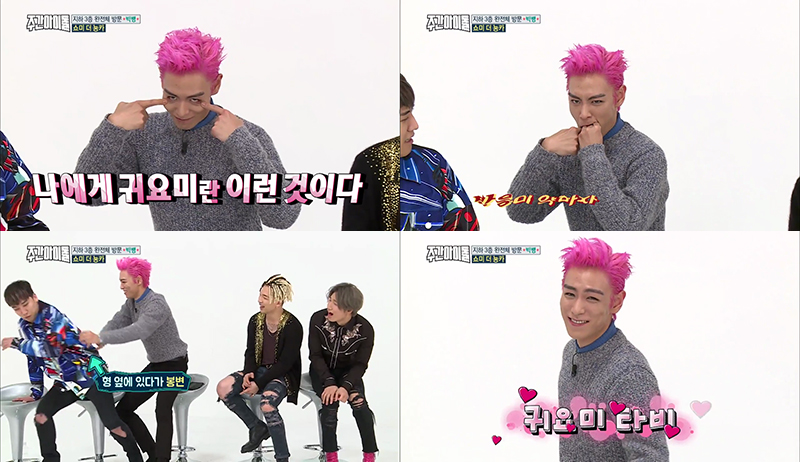 T.O.P showed off his unique imagination as he performed his peculiar interpretation of the “Gwiyomi Player.” He finished it off by putting his hand in his mouth and then attempting to rub it off on Seungri, much to Seungri’s surprise.

Last but not least was Seungri, the first member of BIGBANG to ever do the “Gwiyomi Player,” and he did not disappoint. He immediately caused an uproar of laughter, and to top it all off, he added the chorus and dance of “Nobody” by Wonder Girls to his act. 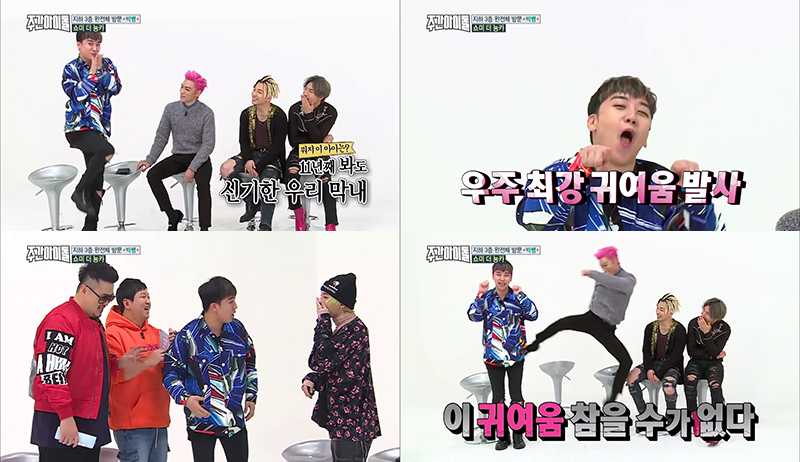 As soon as “Nobody” popped out, G-Dragon immediately stopped Seungri and declared him the winner. However, Seungri was displeased that his performance was cut short and exclaimed, “There’s more! There’s more at the end!”

After a sabotage attempt by T.O.P, Seungri was finally able to finish his “Gwiyomi Player” in peace.

Watch the hilarious segment below!