Watch: BIGBANG Makes A Hilarious Entrance In Preview For Next Week’s “Weekly Idol” 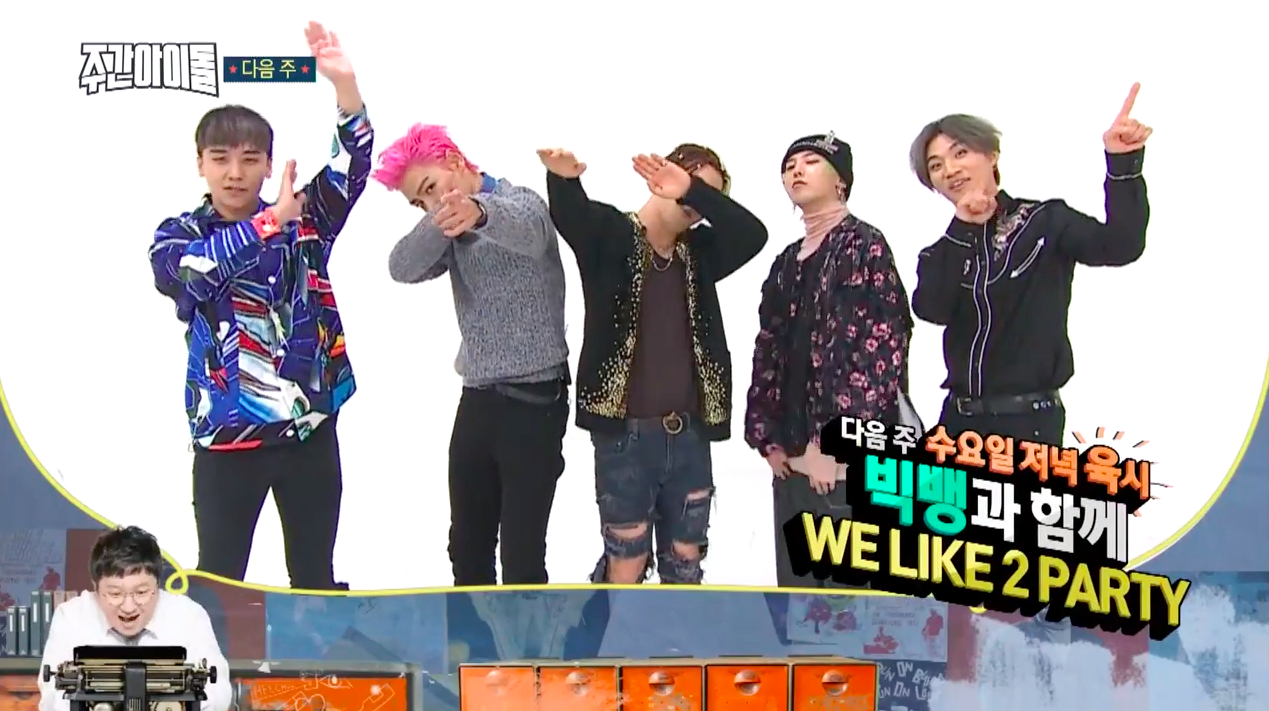 BIGBANG is next up on the idol variety show, “Weekly Idol”!

On December 28, “Weekly Idol” revealed its preview for next week’s episode, which features the hit five-member group. After clips are shown of MCs Defconn and Jung Hyung Don previously talking about how much they wanted BIGBANG on the show, we members taking turns rolling in to set on a red carpet in toy cars.

We then get a glimpse of BIGBANG playing the famous “random play dance” game, which even includes the guys dancing to Daesung’s trot single “Big Hit.”

Check it out below!

The next episode of “Weekly Idol,” featuring BIGBANG, will air on January 4 at 6 p.m. KST on MBC every1. Are you excited?