Watch: BIGBANG Cracks Each Other Up While Dancing To “BANG BANG BANG” At Double Speed On “Weekly Idol” 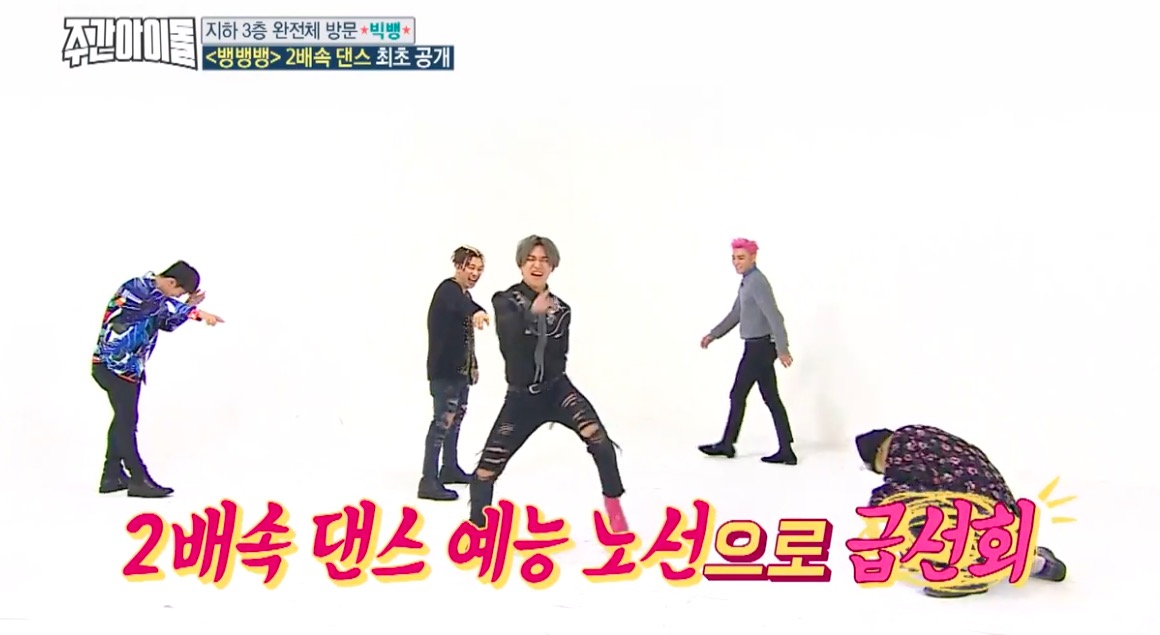 January 11’s episode of “Weekly Idol” features the second week in a row of hilarity from guests BIGBANG!

On this week’s episode, the guys were asked to perform their hit track “BANG BANG BANG” at double the speed. T.O.P first gave viewers a taste of what was to come by dancing solo to the track, which had everyone in stitches, and he was so into it that host Jung Hyung Don had to hold on to him to try to stop him from dancing for a moment. 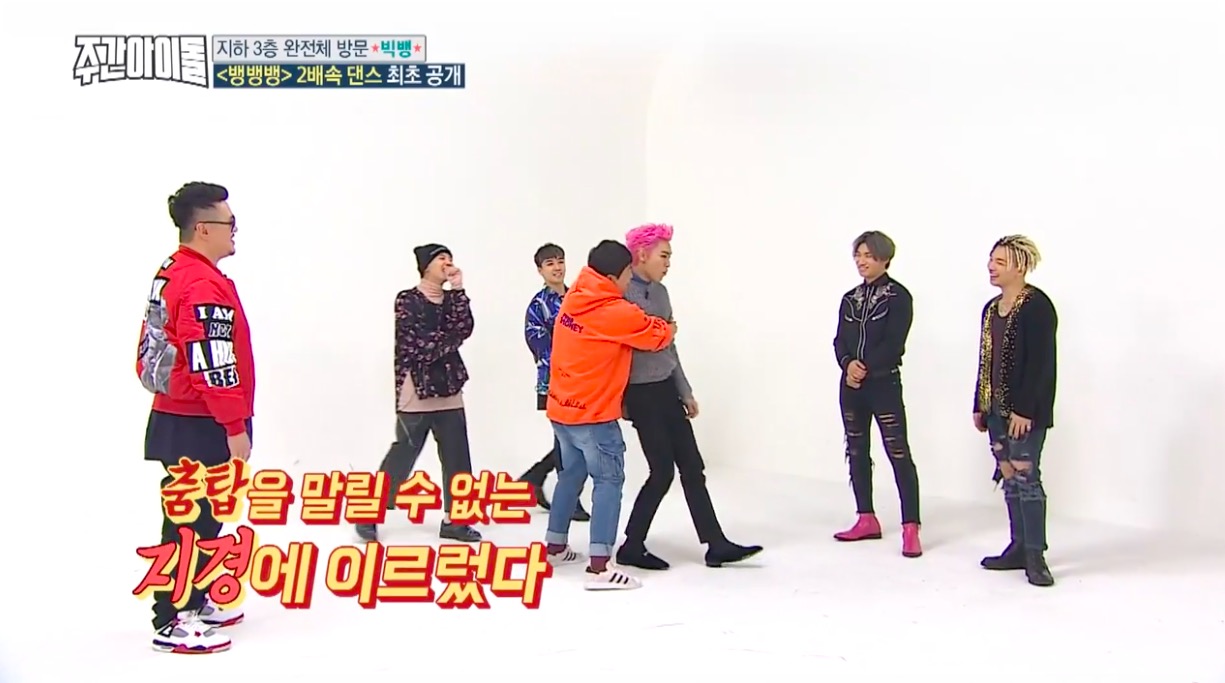 It wasn’t long after all five guys started the super fast dance that T.O.P got everyone laughing again as he danced wildly during his part. Daesung also later made G-Dragon laugh so hard he collapsed on the floor!

Watch the video below!