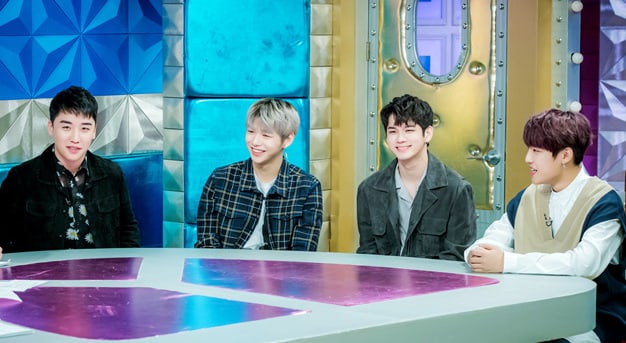 On the most recent episode of “Radio Star,” BIGBANG’s Seungri and Wanna One talked about financially supporting their families with the money they earn as celebrities.

Kang Daniel has also given money to his family. He said, “I sent money to my mother right away. My parents got a divorce when I was younger. I wasn’t in touch with my father because he’s busy, but he recently called me. He said his tooth hurt but couldn’t get it treated, so I sent him money for treatment right away.”

Seungri revealed that he uses the money he earns for his family as well. He stated, “My family was in debt, so as soon as I got money, I gave it all to my them.” He advised Wanna One, “People around you are going to start talking. You shouldn’t listen.”

Seungri also talked about business. He explained, “You should think that 80 percent of your earnings is money you keep and 20 percent is money that will be gone. It will be spent on learning experiences.”

During this episode, Kang Daniel said that the Wanna One members have yet to argue, and Seungri reasoned, “When your income is good, you don’t fight. BIGBANG really hasn’t fought.” 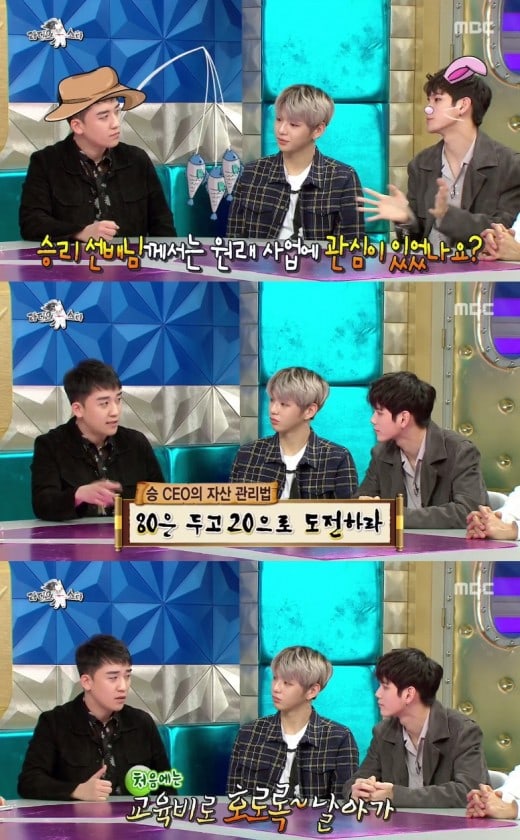 Watch the latest episode of “Radio Star” below!