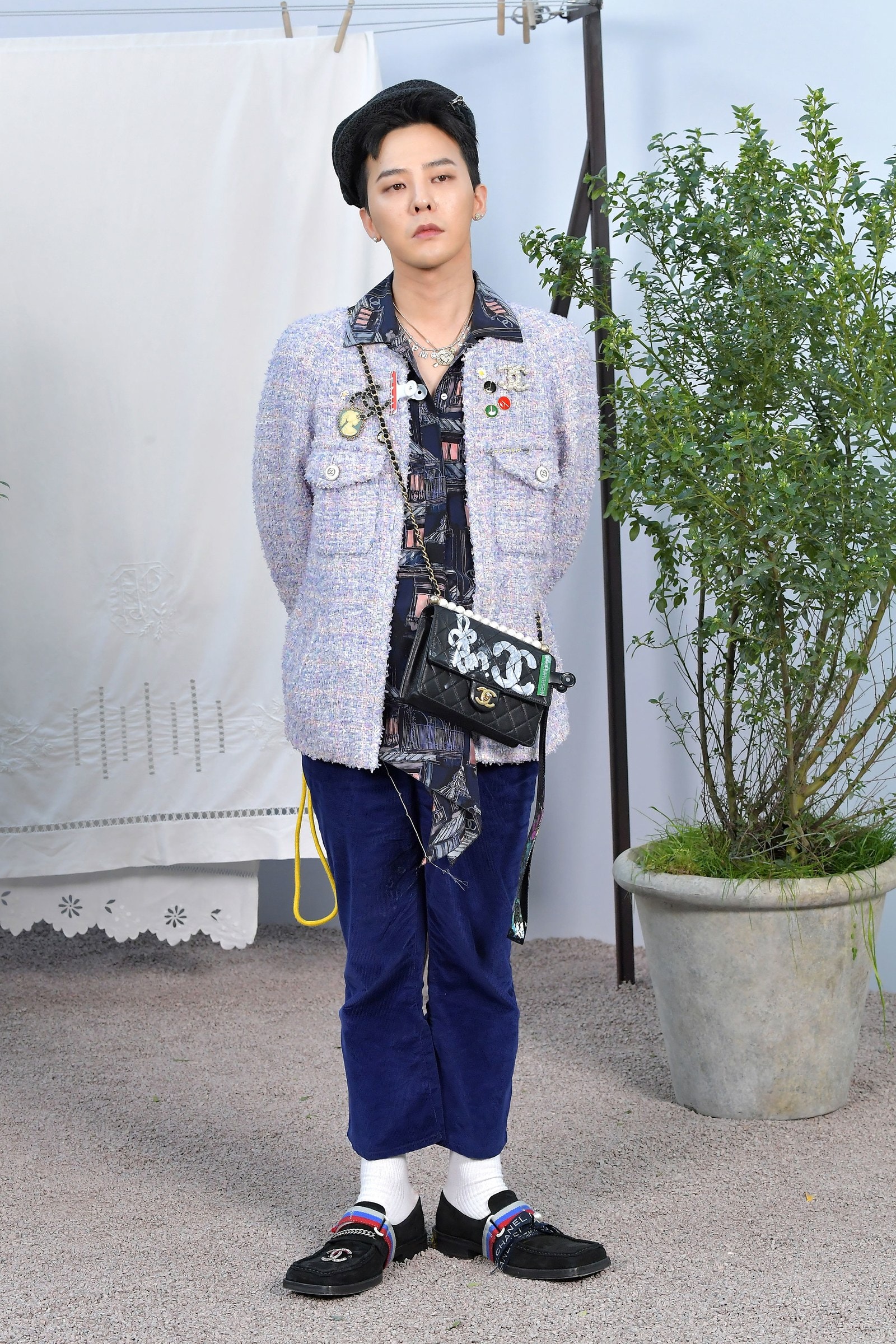 .@ibgdrgn had been absent from the scene for more than a year due to his mandatory military service, but he has now made a chic return to Paris Fashion Week. https://t.co/q2p55XNhLv 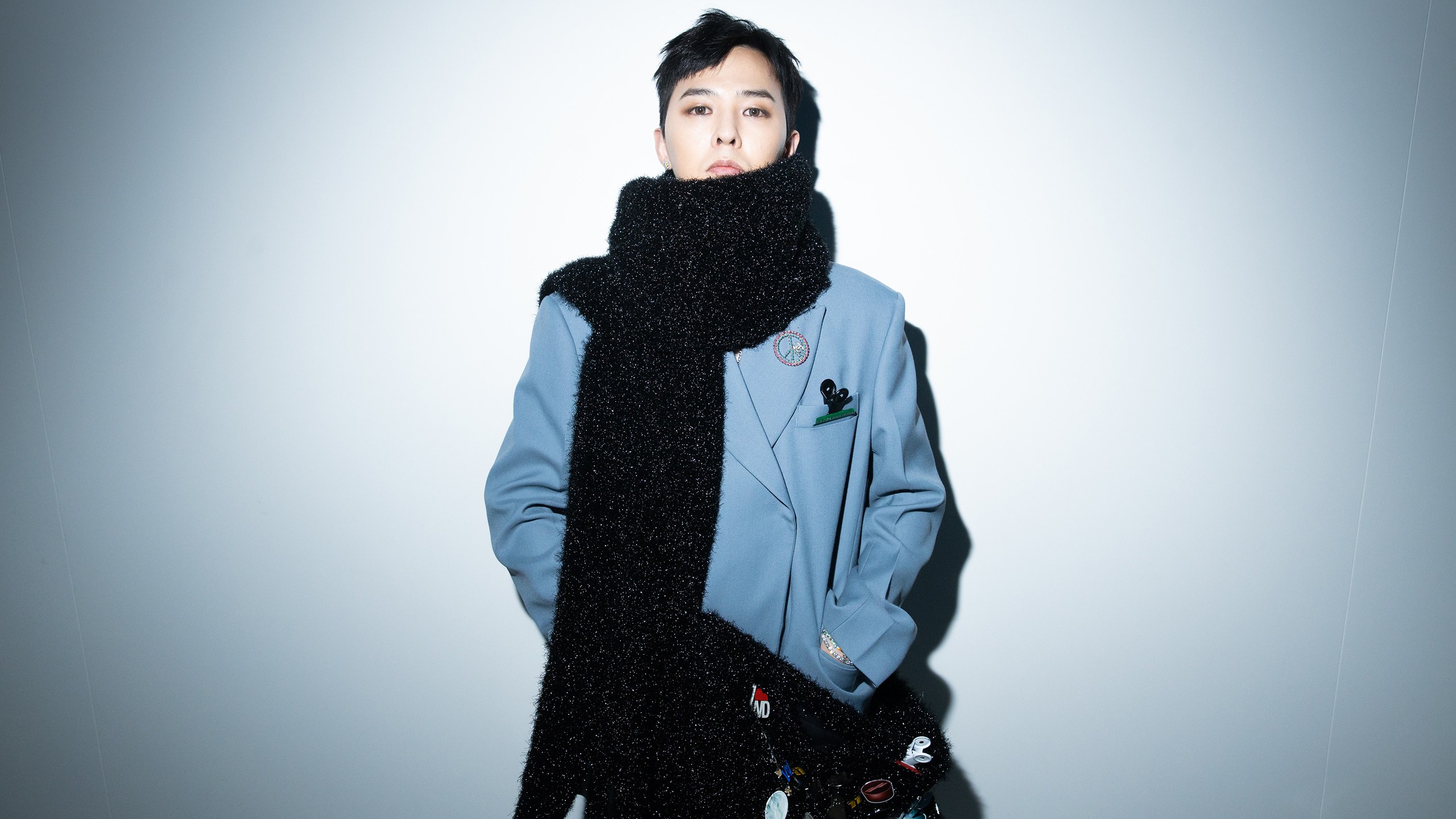 Few celebrities love fashion week as much as G-Dragon, the South Korean singer and rapper who serves as the leader of the boy band phenomenon BIGBANG. A clotheshorse with an affinity for French design, he’s been absent from the scene for more than a year due to his mandatory military service. Discharged in October, K-Pop’s king has since kept a low profile, but the double whammy of the menswear and couture shows proved irresistible. He was spotted in the front row this weekend at We11Done, the buzzy Seoul-based label run by his sister Dami Kwon and Jessica Jung. In a pale blue suit embellished with peace sign brooches, G-Dragon addressed the latest trends in tailoring and jewelry, but it was his giant messenger bag and matching muffler that took things to that next level. The outlandishly oversized accessories were playful, offering the star a moment of anonymity as he covered his face with the scarf before posing for photographers.

The impressive outfits continued at Chanel’s spring/summer 2020 haute couture collection where G-Dragon arrived at the Grand Palais dressed head-to-toe double-C finery. His pastel boucle cardigan from the resort 2020 show, cropped corduroys, and pattered blouse would have been chic on their own. Still, each piece received an update thanks to multiple brooches, chains, and even a graffiti-covered Chanel classic flap accented with pearls. The clever mix of statement add-ons is part of what makes his style so dynamic and one of the reasons why he was so sorely missed during his fashion week absence. 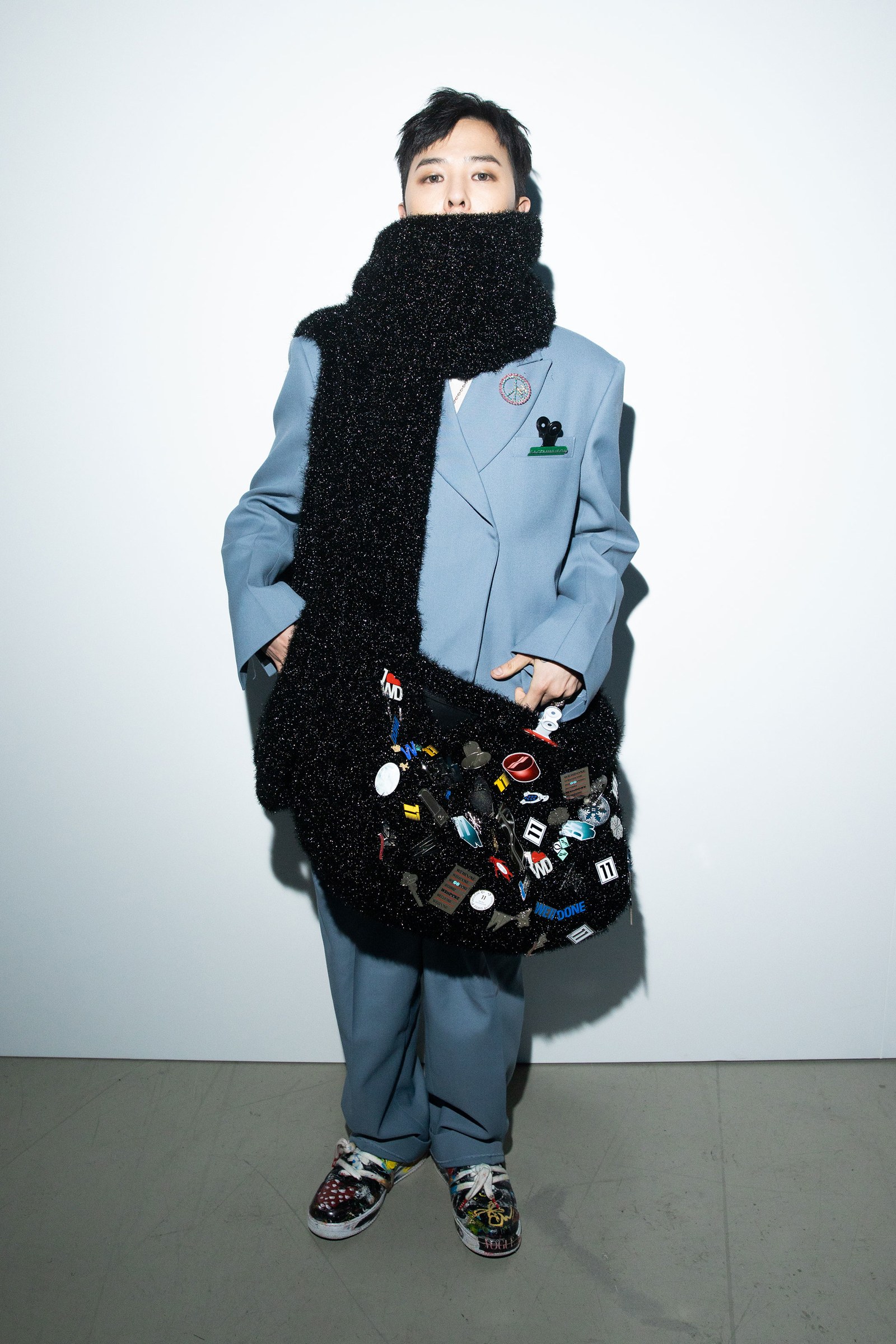