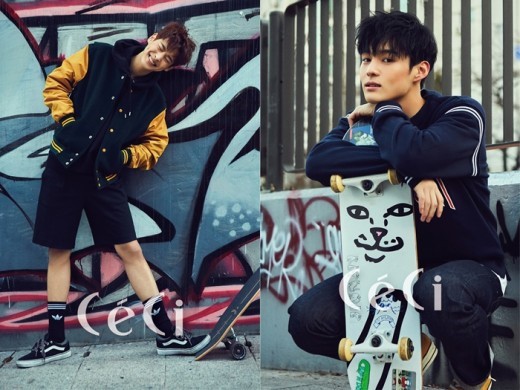 VICTON transformed into cool skaters for their recent shoot for CeCi magazine.

Their recent pictorial was released on March 6 with members Byungchan and Sejun as the main characters. The pictorial’s concept was “Skater Boys On A Street in the Spring” and they pull it off perfectly.

When they were asked who their role models in the industry were, Byungchan named BIGBANG’s Seungri, explaining, “I want to model after his incredible voice as a singer and his wittiness in variety shows.” Sejun named Jimin of BTS, saying, “When I was going through a hard time, I thought of him and practiced harder.”

They were asked where they thought they would be after 10 years, and they answered, “Wouldn’t we be doing VICTON? We want to be longstanding national idols like Shinhwa and BIGBANG.”