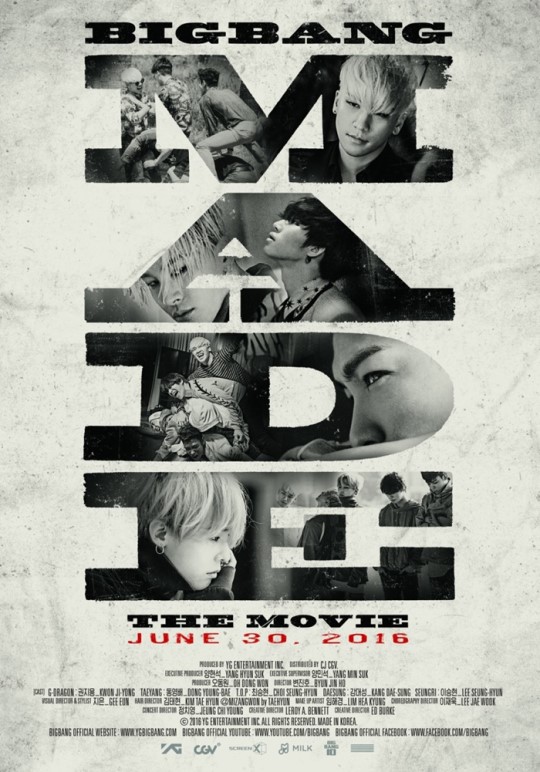 BIGBANG has revealed the first — yes, there will be more — of their 10th debut anniversary projects, a film titled “BIGBANG MADE.”

The official poster hit the public via YG Entertainment’s official blog on June 1, and the film will premiere on June 30, exclusively at Korean cinema chain CGV. “BIGBANG MADE” is about the group’s second world tour “MADE,” through which the group hit up 32 cities in 13 countries, for a total of 66 concerts and 1.5 million spectators, during the span of April 2015 through March 2016.

The film shows BIGBANG’s large-scale performances from the tour and professionalism as artists on stage, as well as BIGBANG as just a group of guys in their 20s hanging out backstage. The members specifically asked that the filming take place as naturally as possible, and theatergoers can see behind-the-scenes footage from the tour, including BIGBANG’s bare faces, the group’s candid discussions about renewing their contracts with YG, and more.

The film will also be screened with CGV ScreenX, which shows the film on three screens for a 270-degree viewing experience.