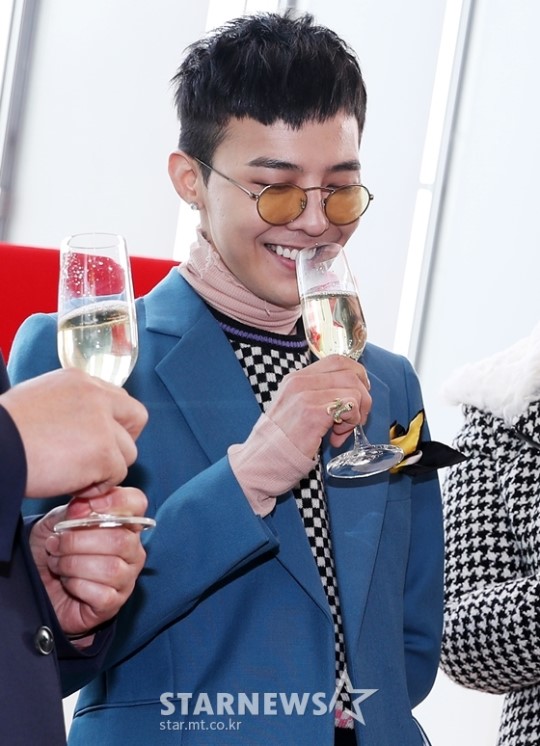 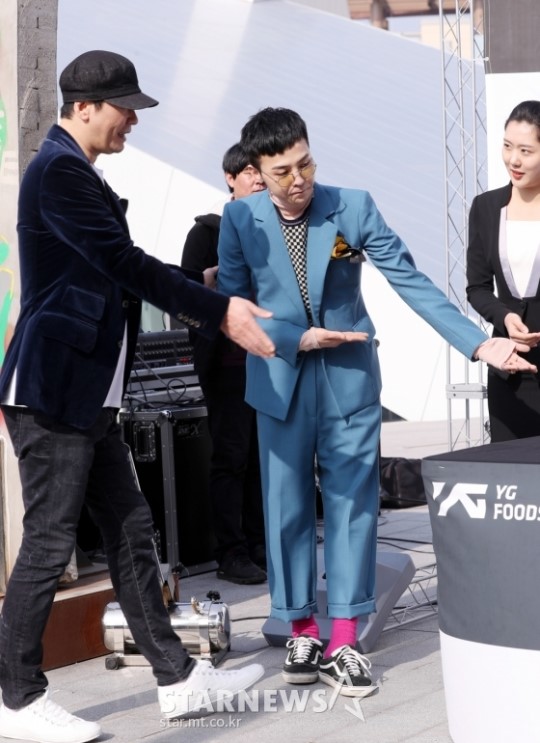 G-DRAGON and other key personnel appeared at the scene at 3:30 PM. The fans who started to gather two hours before the start of the event supported and greeted G-DRAGON with a big roar.

As he was repaying for the fans’ support, G-DRAGON who showed up in short hair and a clean sky-blue colored suit displayed cute postures during photo time, and unlike the expectations that he would not mention anything regarding his enlistment, he stated, “Happy new year everyone, I will be back”. 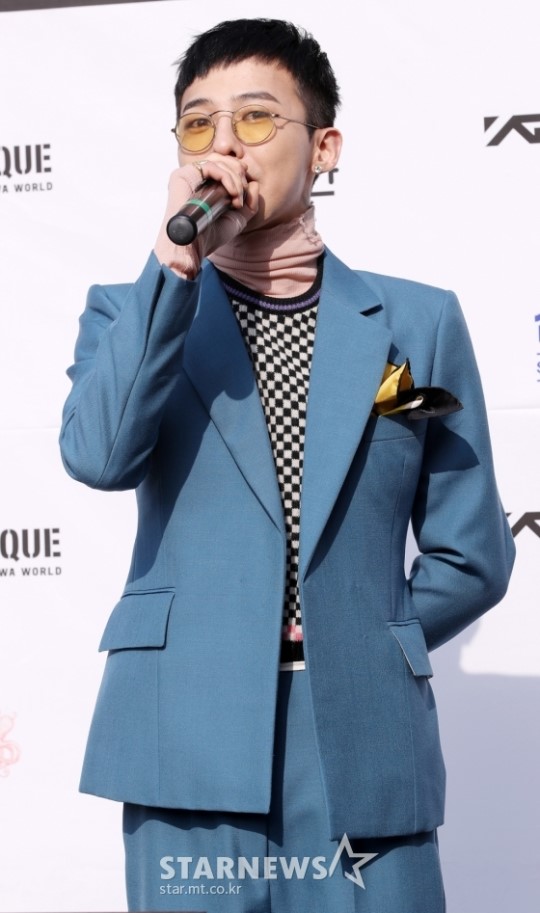 G-DRAGON had a bright look during the whole event. The outdoor schedules were finished after the photo time, congratulatory message, and the hand printing event. After relocating indoors, G-DRAGON and other key personnel of the event celebrated the opening with champagne.

The café interior was decorated splendidly with various colors. Although the location is not large, the walls are composed of glass and the ceiling is high, giving the place a high assessment of openness. Collections and artwork painted by G-DRAGON himself were exhibited at the location, capturing the eyes of viewers. 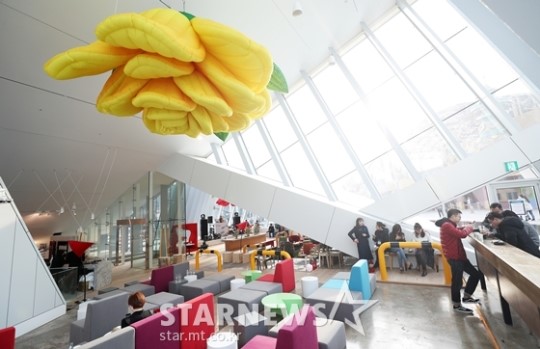 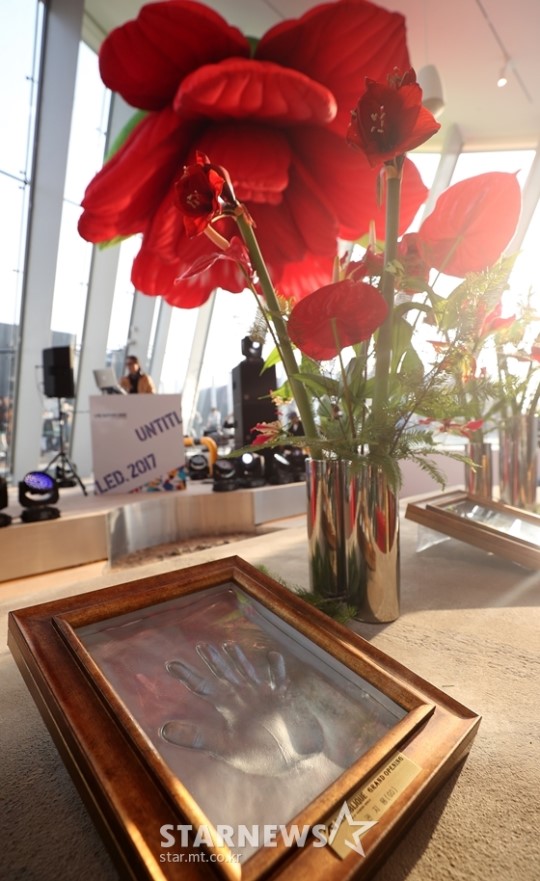 The café was soon filled with people including not only reporters, but also related personnel and VIP customers. Everyone at the café toasted with champagne, finalizing all official events of the grand opening.

As if they were waiting for that moment, people gathered around G-DRAGON, and he spent time taking pictures with them while smiling. After spending some time, he moved to the bowling alley. Only key personnel could enter the bowling alley as the place was not officially open. According to related personnel, G-DRAGON dined with YANG HYUN SUK at a black pork restaurant nearby after all official schedules were done with. 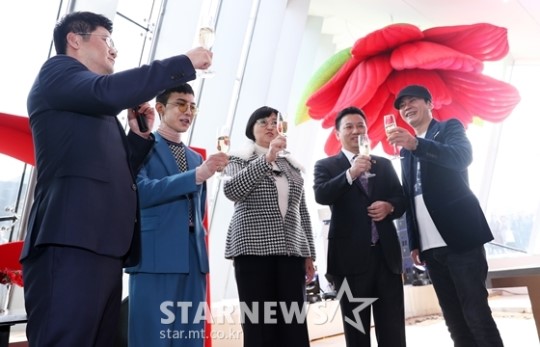 Since it was his last official schedule before enlistment, many fans visited the event. The fans that started gathering two hours before the event filled the entrance plaza of Jeju Shinhwa World. There were also fans from overseas including a fan from Hong Kong who was spotted with a picket that read ‘Jiyong’.

After all events were finished, many fans and tourists lined up while waiting for ‘GD Café’ to open. The scene proved G-DRAGON’s influence and popularity, that captured not only fans but also VIP customers.

The café that opened with the event and the bowling alley waiting for its official opening has a lot of meaning to G-DRAGON. G-DRAGON participated from the early architecture designing process to all concepts, design, and interior of the two locations, and has put in hard work and affection. 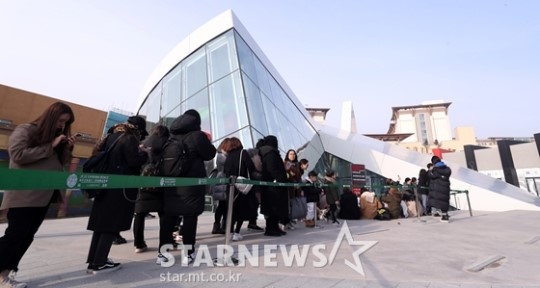 Also, at G-DRAGON’s wish to open the café before enlistment, the staff put in their hard work to make G-DRAGON’s wish come true. The bowling alley located next to the café is expected to open after March. The place is also expected to become Jeju Island’s new landmark.