TOP has contributed part of his private collection of Chairs to a temporary exhibition at the Samsung Museum of Art in Seoul. This exhibition has now opened and will run until May 2015.

Source: Samsung Museum of Art, TOP's Interview with ?SUNDAY magazine and Naver.
Photos from the exhibition via ?_kseyb_ on Instagram. 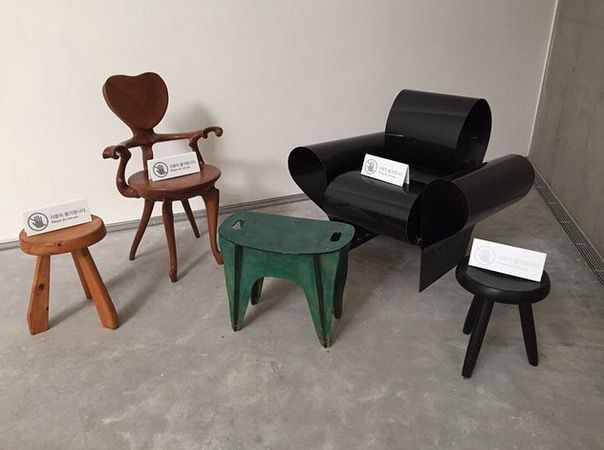 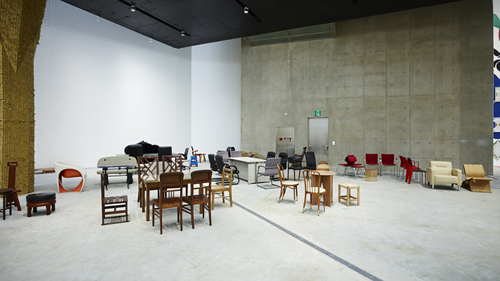 Q: I recall you said you’re revealing part of your chair collection.

TOP: “Artist Yang Haegue is holding an exhibition at the Samsung Museum of Art in March, and she said there will be a special section gathering the chairs of celebrities in a corner. I thought that would be fun so I also decided to contribute a few things.”

As the plan reveals TOP's chairs can be found at No 15. 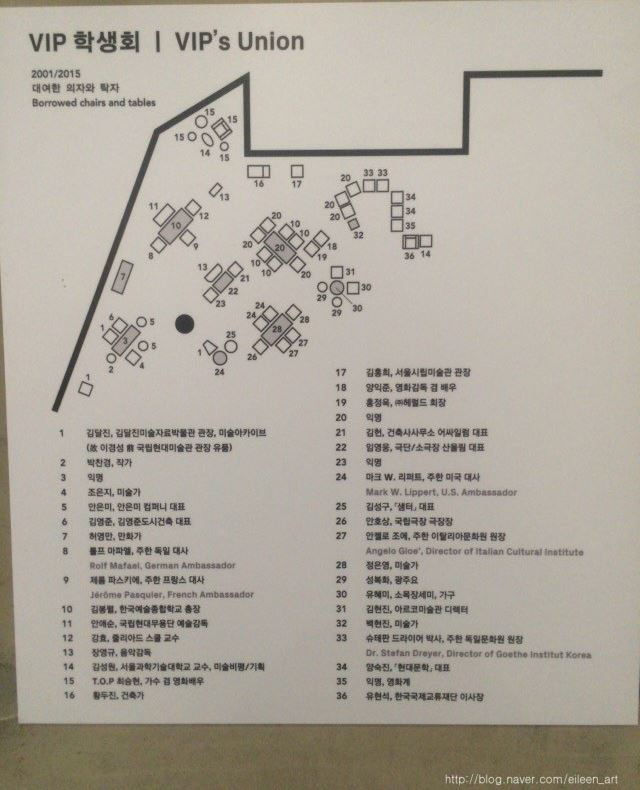 VIP’s Union is an installation of borrowed tables and chairs that were being used in offices and homes of professionals from different fields who work in Seoul. The installation is an artwork and at the same time it acts as a rest area within the exhibition gallery. The significance of the work lies in the participation and the cooperation of those who generously lent their furniture for the convenience of the museum patrons. The citizens of Seoul fulfill the meaning of “VIP” by willingly participating in a cultural act. Resembling the unmatched furniture in a university student clubroom, the pieces collected in VIP’s Union reveal the lenders varied personalities and taste through their distinct functions, conditions, origins and aesthetic qualities. When a museum viewer takes a rest in VIP’s Union, the artist, lender and the audience form a temporary community. 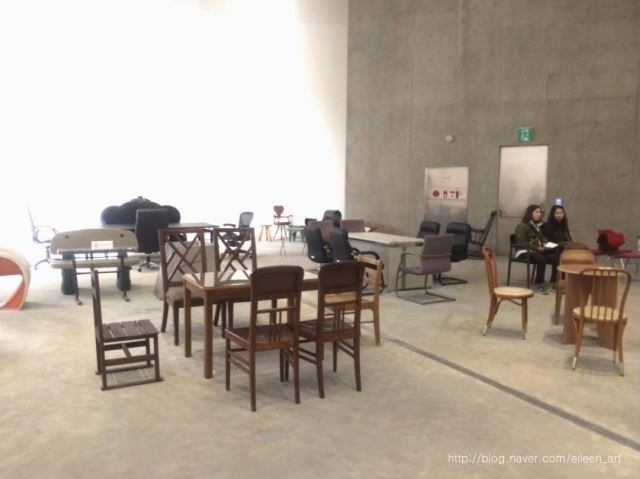 Overview of Chairs on display (photos via ?_kseyb_ on Instagram): 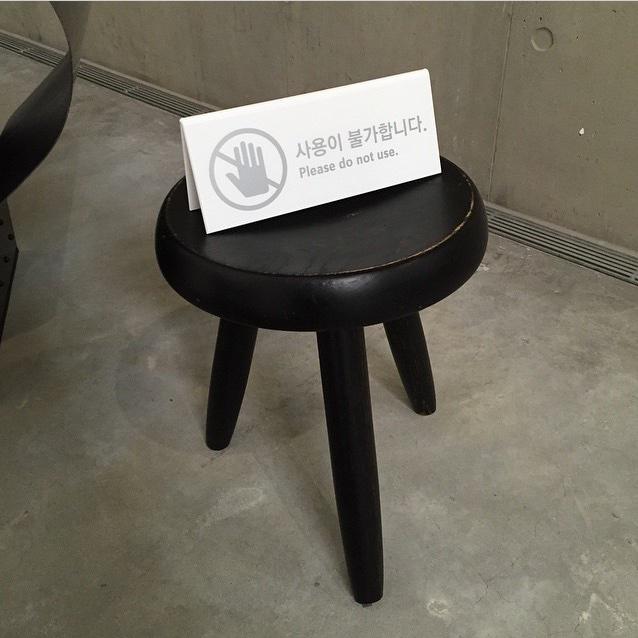 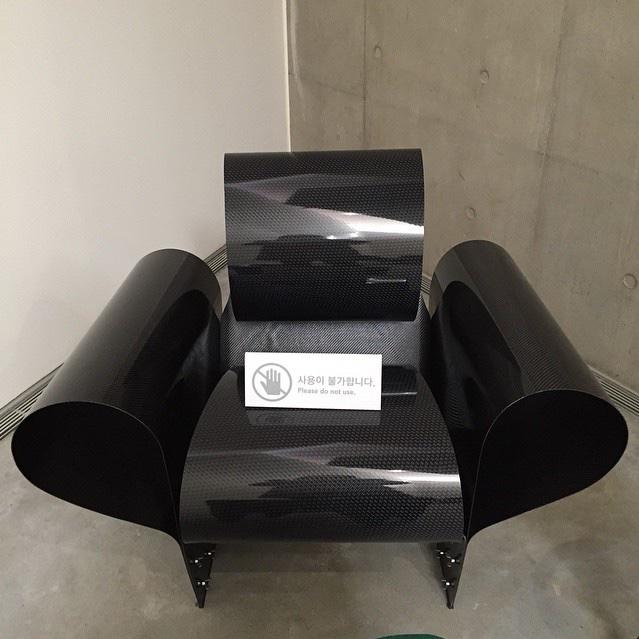 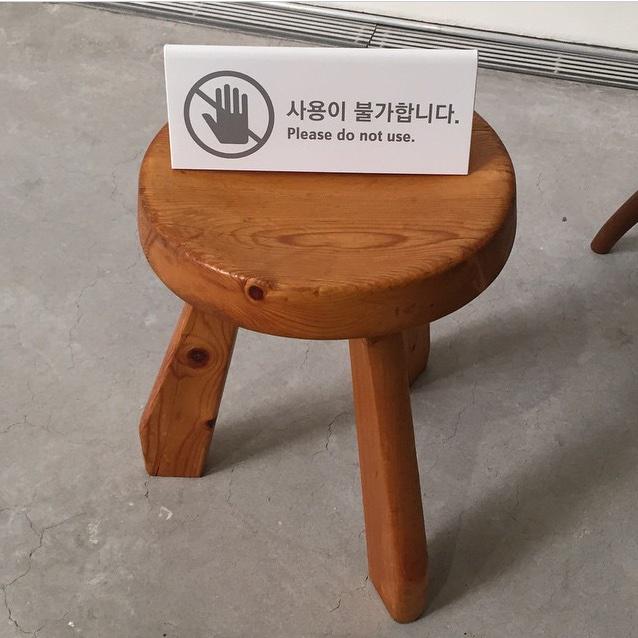 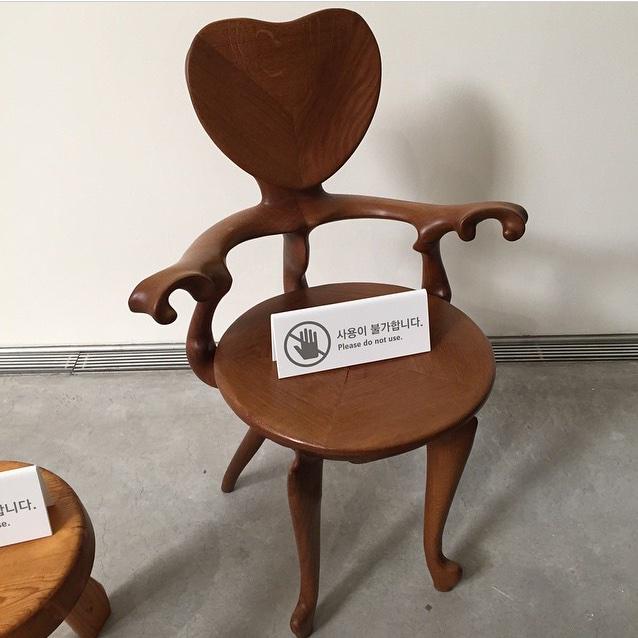 One of the Chairs on display that TOP lend this exhibition is the Casa Calvet armchair by Gaudi which can also be seen in the Doom Dada Video: 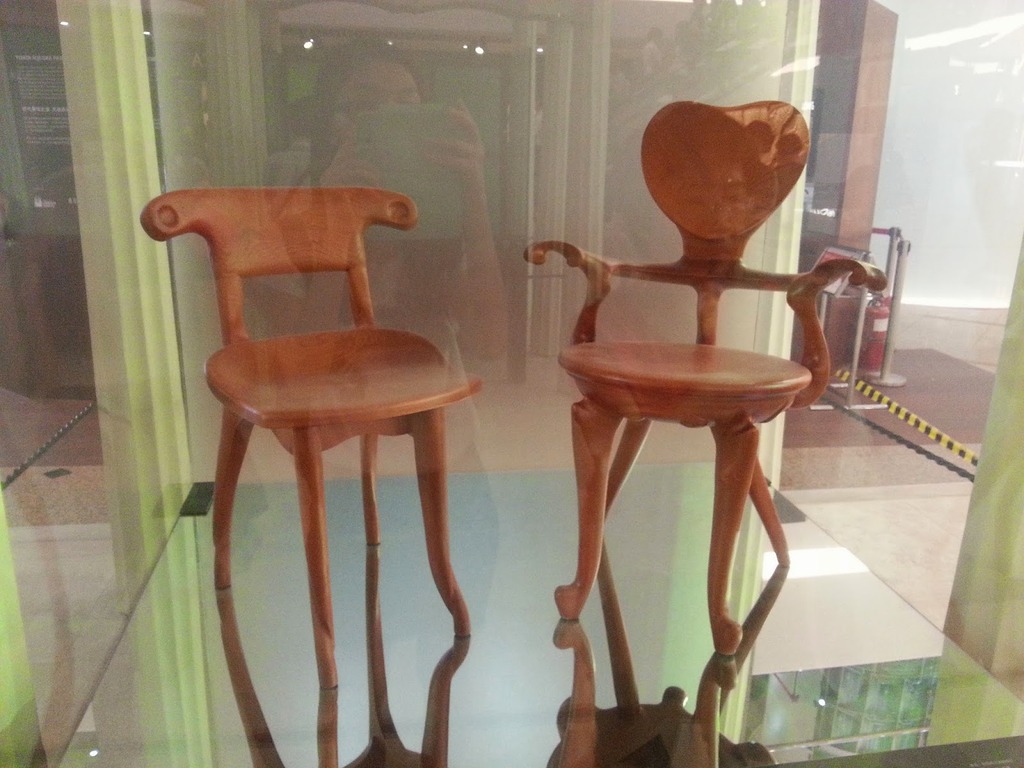 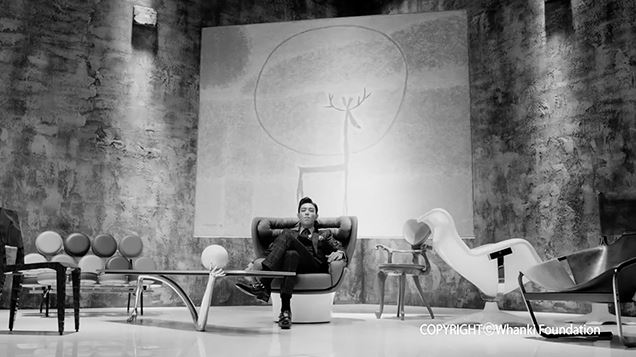 First picture taken at a Gaudi exhibtion by Music'n'Muse. Second picture from Doom Dada Video by @Whanki Foundation (due to the Deer picture in the background).

About the Casa Calvet armchair:

Without any ornamentation, the seat, with its circular shape, is formed by five pieces inserted only by means of pivots as well as precision and execution rigor; the back is jointed with a thick neck, from which the arms ending in the shape of a curved hand also come out. The shape of the heart of the back coincides with the point of the back that corresponds to this vital organ.

The original location of this furniture is the administration office of Casa Calvet, for which Gaudí also designed an office desk and a corner tabouret.

The other items on display include the brown and black tripod stool from Charlotte PERRIAND (1903-1999):


And the Bad Tempered Chair designed by Ron Arad (1951 - present)

More on the exhibition can be found here: Samsung Museum of Art.