TOP is on the cover of this months' S Magazine published on Feb 15 by ?SUNDAY (Joong Ang Sunday).

Source: ?SUNDAY (Joong Ang Sunday) app and http://sunday.joins.com/article/view.asp?aid=36880
An official translation has been provided by Joong Ang Sunday at:
http://koreajoongangdaily.joins.com/news/article/Article.aspx?aid=3000602 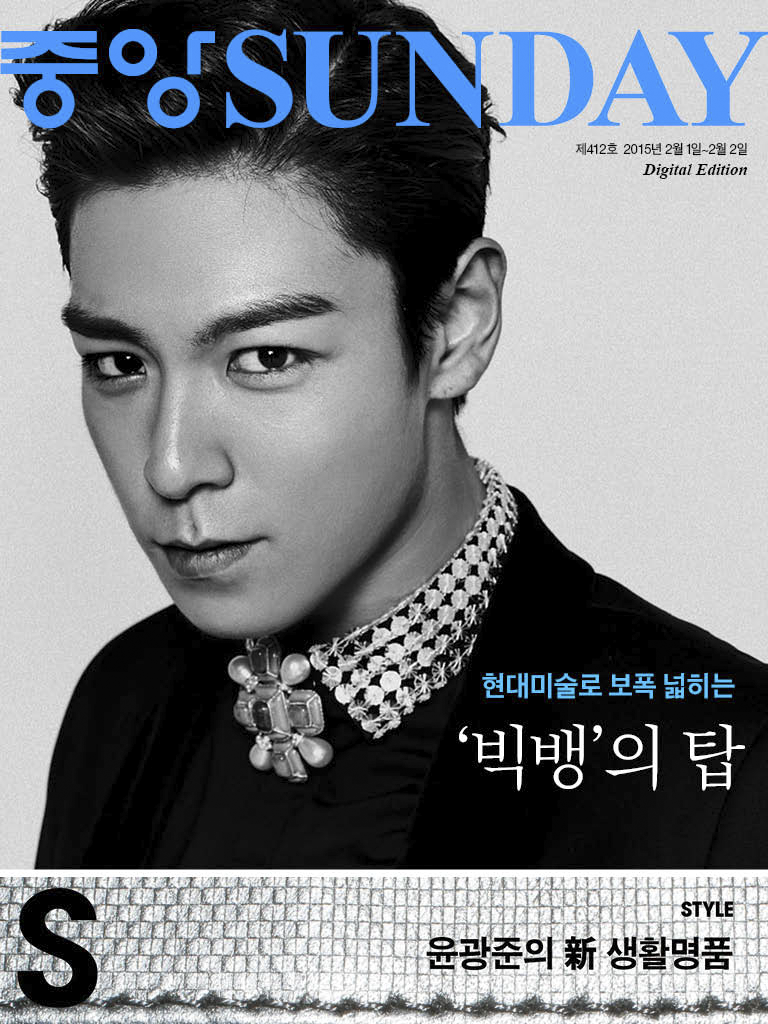 BIGBANG’s T.O.P opens up about love of high-end art

‘I made my debut when I was 18 years old and started to collect designer furniture at age 21.’

Feb 06,2015 The audience stirred when Choi Seung-hyun was announced as the winner of the prestigious Award for Visual Culture at the Prudential Eye Awards in Singapore on Jan. 20.

Choi is better known as T.O.P. from Korean pop group BIGBANG, hence the surprised murmurs. K-pop groups are not typically associated with the high-end art that the event champions.

Instead of giving a long acceptance speech at the award show designed to raise awareness about Asian art and the young artists from the continent who work in various fields, Choi simply replied, “Thank you,” when he was handed a trophy from the chairman of Parallel Media Group (PMG), David Ciclitira.

Ciclitira explained that Choi was chosen because of the influence he has on the young generation in Asia with his passion for modern art, design and music.

Choi will work as a co-curator at the ArtScience Museum in Singapore from April when the exhibition of the nominated works for the awards show ends. He plans to adorn the part of third floor in the museum with pieces by young Asian artists.

Additionally, his own collection of designer chairs that he has amassed over the last four years or so will soon be shown in a special booth at Haegue Yang’s exhibition in the Leeum, Samsung Museum of Art in Hannam-dong, central Seoul, from Thursday to May 10.

And the art aficionado is also in the process of designing his own chair in collaboration with the Swiss furniture company Vitra.

But how did Choi fall in love with modern art and design? Even though his schedule was full of visits to museums and meetings, the singer found a moment to sit down with the JoongAng Sunday, an affiliate of the Korea JoongAng Daily, as an art lover, not a K-pop star.

In the interview, he says he initially rejected art because he felt under pressure to be a painter as the female members of his family all graduated from art school. But he later changed his mind.

“When I look back, I realize that I always liked looking at art,” said Choi. “I also love fashion and started to collect sneakers when I was 13 years old.”

Q. It sounds like you’ve always had a mania for collecting things.

A. I feel a pull towards collecting things. I gathered plastic toy figures like Bearbricks because it pleased me when all the figures made a perfect set. The harmony between the same-shaped models with various colors made me feel good.

I made my debut when I was 18 years old and started to collect designer furniture at age 21. My favorite is a chair that drew my attention to the field of architecture. A chair, in fact, is a small piece of architecture.

So after, I started to collect fine art. I have collected around 80 pieces, but it is all at my parents’ house. When I started to collect paintings, the members of BIGBANG made fun of me, saying I have the taste of a housekeeper. But they always call me when they try to buy furniture. Even Yang Hyun-suk, the president of YG Entertainment, does.

How do you study art?

I always search online when I have extra time. I try to read up on trends and study the law of supply and demand in the art market. I also use the Internet to research and analyze the reasons why the price of a certain piece increases. Visiting museums as many times as I can is one way I developed my ability to look at art.

Why do you study art?

I have to be art itself. I have to completely understand the trend to see what people are fanatical about. Music, my major job, is another way to express what people go crazy for.

It is not that usual for a pop star to take an interest in modern art. Do you agree?

I wanted to study alone until I got older. I was little bit nervous about the attention when people found out I have an interest in art. I thought they might think that I was acting above my station. In spite of our age gap, [41-year-old actor] Lee Jung-jae has become a good friend. He calls once or twice a day to talk about art or furniture. He once told me he also felt he could not tell people he likes art. He worried people might think he was just boasting.

But now you’ve received an award for your interest. How do you feel about that?

I decided to accept the award because I wanted to share what I really like and to show that art is not difficult to appreciate. I seized the opportunity to work as a co-curator for a group show at a museum for Asian artists with help from Serenella Ciclitira, the non-executive director of PMG, and the curator Lee Young-joo. I attended the award ceremony in order to meet Asian artists.

So is this your first step into creating an art business?

It wasn’t a business tactic. My first step into the art business is the collaboration on the chair with Vitra. I received a phone call about two or three years ago telling me that they wanted different colors for the chairs, but I rejected the offer because I did not want them to be painted. I insisted that I wanted to make exactly what I designed, so Vitra and I are making the chair with my original sketch.

Could you show me your sketch?

Unfortunately, I can’t show it to anyone yet. It was supposed to be done by the end of last year, but it took time. A sample has not even come out. It is a chair made out of iron and I tried to convey an image of something that drips downwards. Only 87 will be produced to reflect the year I was born in, 1987.

How do you feel when you acquire enchanting furniture?

It makes me happy and makes me feel I should work harder, of course. A good design has good energy. It makes me think more creatively when I write lyrics or read scripts while sitting in a well-designed chair.

Who is your favorite furniture designer?

I love Italian designers such as Ico Parisi. Regulars at art auctions have recently fallen for French designers, but I believe Italian designers will always be spotlighted as they make well-shaped legs. That type of design, which was first created in the 1950s, is still appreciated. Good design lasts. Only a good design is loved after time has lapsed. Music is the same. Only good music survives.

Is there a person who helps you with collecting or studying?

Kim Myoung-han, the owner of the aA Design Museum, helps me a lot. He also started to collect when he was my age. My dream is to open a design museum after collecting stunning furniture.

Why do you want to open a design museum?

I always wondered why Korean products don’t have good design and realized that Korea does not have a good environment in which you can see various and wonderful designs. I really want to make spaces for the young generation to experience art.

Middle text  translated by @kwonventure (not translated in official English version of article):

We moved in order to visit the Singapore Art Museum (SAM). It’s a place where the nominees for the 3rd Asia Pacific Breweries (APB) Signature Arts Awards gathered. The Vietnamese artist Nguyen Trinh Thi’s video of people eating things, called “Unsubtitled” (2013), is projected on life-size wooden panels. Standing in front of this for some time, Choi Seunghyun says, “This is really powerful.” While looking at Choi Wooram’s “Custos Cavum (Guardian of the hole)” which looks like an aluminum larva, Seunghyun said, “I definitely intended to meet this artist today” with an interested expression. In front of Thailand’s Arin Rungjang’s “Golden Teardrop”, he also struck a playful pose. In front of Lisa Reihana’s combination of animation and live action, “In Pursuit of Venus”, he took out his phone and took a picture.

Watch introductory videos of the mentioned artists below. Provided by SAM TV.

Who is your favorite modern artist?

Kohei Nawa. I respect his attitude and how he endeavours to always try something new. He creates art in a way and with use of materials that others usually don’t. I asked him why and he said he won’t start making a piece from materials that other people use because he knows that the outcome will be similar to something that has already been created.

He is a good friend despite our 12-year age difference. I hope we can collaborate together. It could be on some video art or for the cover of my solo album.

I asked the Whanki Museum to send me a digital file [of the piece] and enlarged it. I thought it would be great to mix postmodern art and modern art. Doom is slang that means ruin or death and Dada means Dadaism. The song satirizes the phenomenon where people blindly follow mass media. The live deer contrasts with dead media in the video.

So art is a thrill for you?

It is what I really love and is a joyful stimulant of my life. It makes my heart flutter. Entertainers usually have a period where they feel tired and sick of everything and nothing can be a stimulant in their lives at that point. There was a time when Yang told me that every entertainer should be thrilled, and I think studying art has always thrilled me.

Who is your role model?

Pharrell Williams and Kanye West get my attention. As music producers, singers and directors of art projects, I respect them.

When will you make a more music?

I’ll return when I make great music. It could be this coming summer. 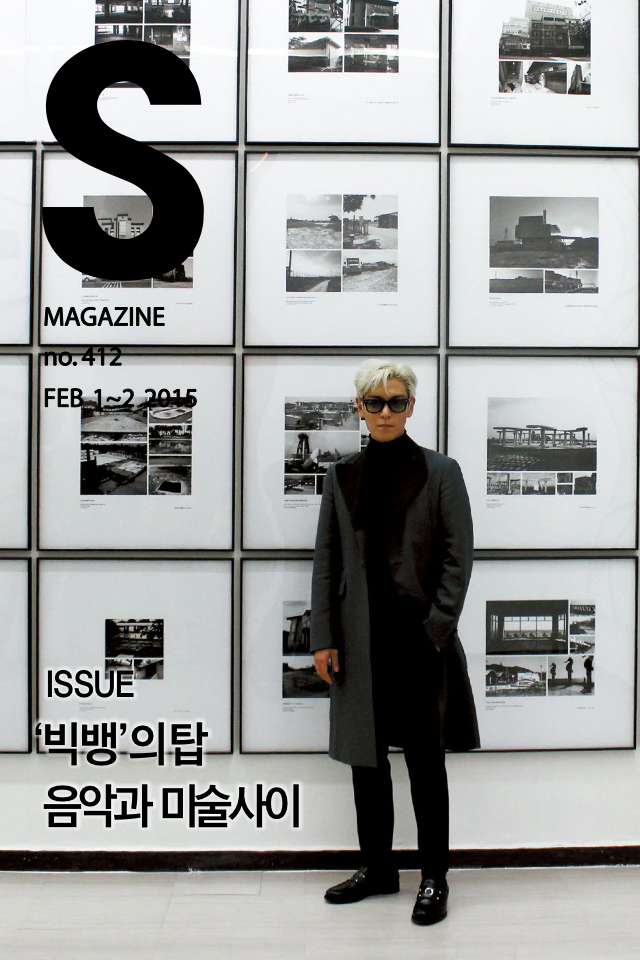 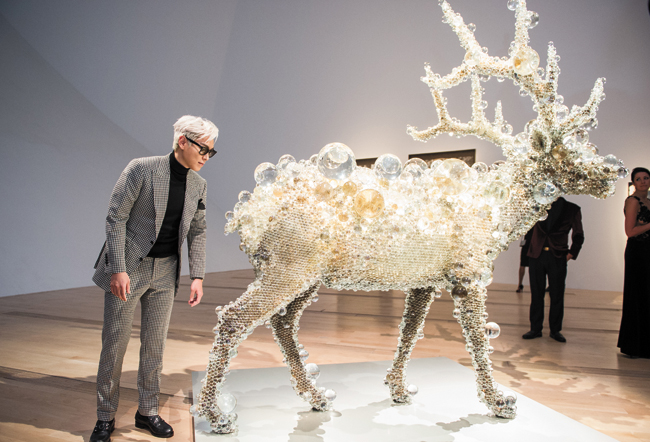 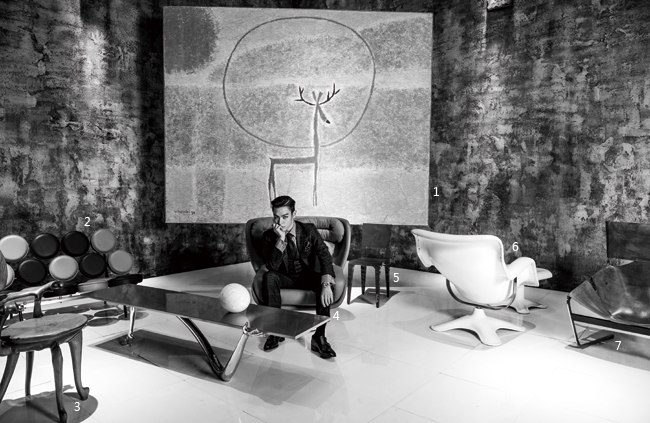 [Rough translation by this website: Choi Seung-hyun is a reputable collector of chairs. So far he has collected about 80. When making the music video "Doom Dada" (2013) he took advantage of some of his collection: 1 music video scene in"Doom Dada'. The works in the background is the 'Deer' by Kim Whanki (1958, Oil on Canvas, 64.5 x 81 cm). It is an enlargement by a picture received from the Whanki Musum which houses the original 2 Marshmallow Sofa designed by George Nelson (1956) 3 Casa Calvet armchair by Antoni Gaudi (1907) 4 Elda Chair by Joe Colombo (1963) 5 Mr Bugatti chair for Capellini by François Azambourg (2006) 6 Karuselli Lounge Chair by Yrjö Kukkapuro (1964) 7 F444 Artifort lounge chair by Pierre Polrang (1963). You can also see Salvador Dali's Leda Low Table sculpture as seen in "Mujer con Cabeza de Rosas" from 1935 on the picture.]


Artists mentioned in the interview:


Lisa Reihana’s “In Pursuit of Venus” 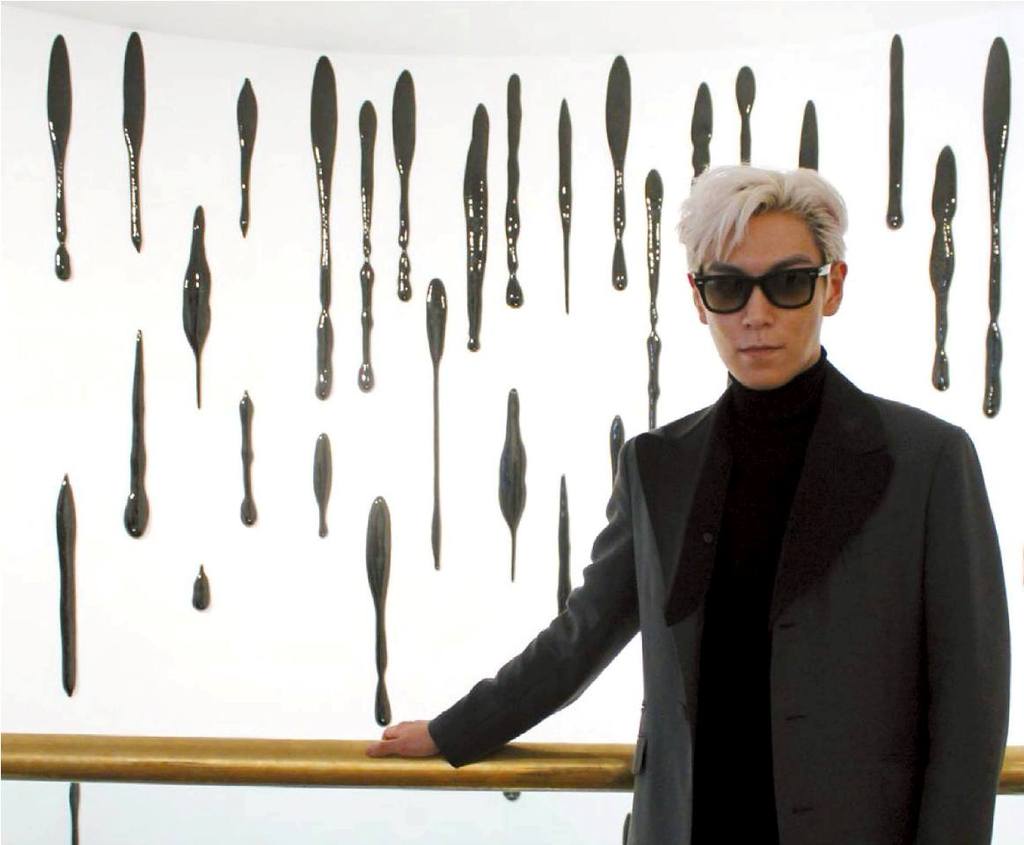 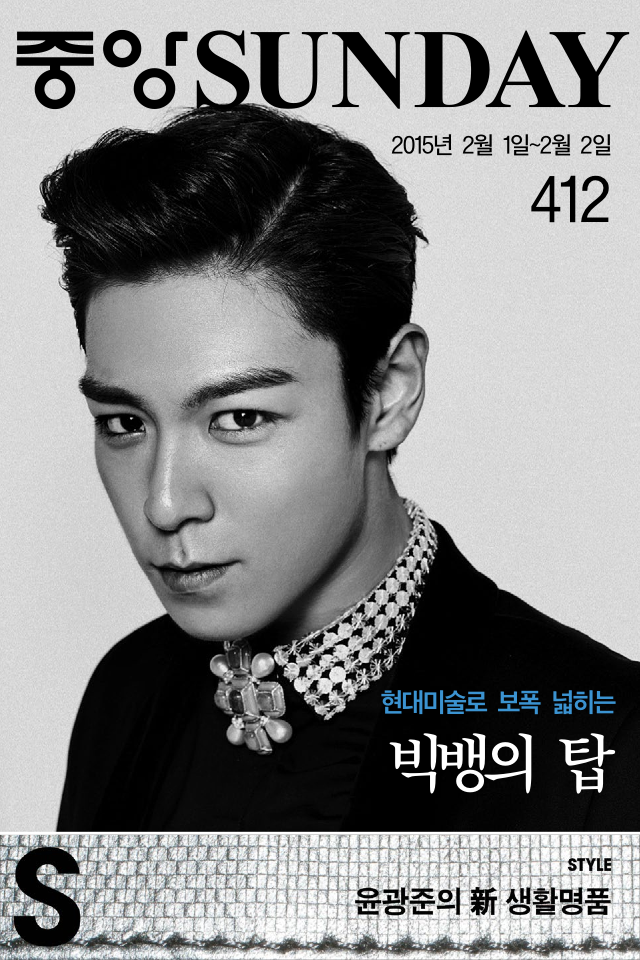 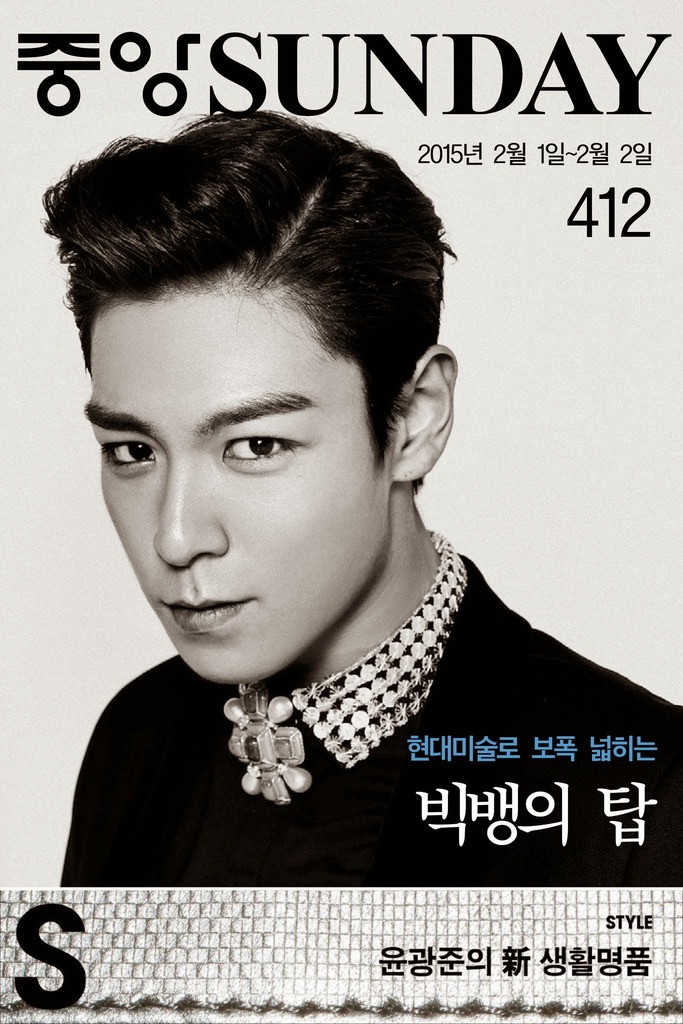