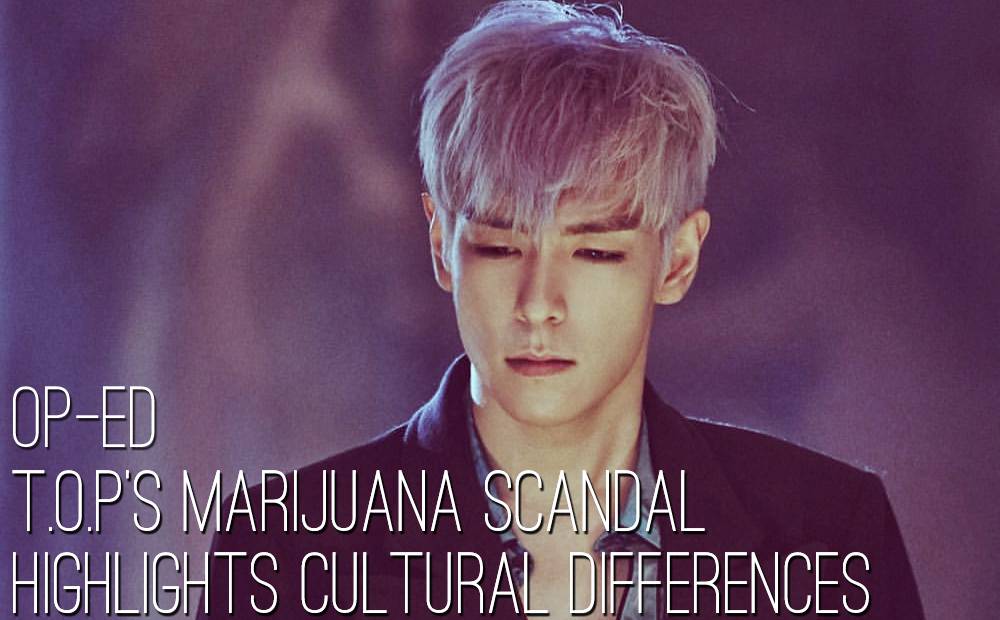 On Tuesday, June 6th, 2017, K-pop fans across the world watched as BIGBANG member T.O.P.’s marijuana scandal made the transition from a reputation-damager to a genuine threat to wellbeing. Initial press reports indicated that T.O.P. had deliberately taken an excess of some medication and was unconscious.  He did not regain consciousness until June 8th, and it’s still unclear exactly what state he is in. This comes following a busy week that saw T.O.P. face intense legal and media scrutiny after it was revealed that he was under investigation for consumption of marijuana, which is illegal and socially frowned upon in South Korea.

The first thing that many Western fans seemed to indicate was the surprise – they never realized that marijuana could be such a “big deal,” even with the memories of G-Dragon‘s scandal fresh in their minds. Plenty of Korean rappers have gotten in trouble for it before with varying degrees of punishment experienced by each, but they’re all artists that we still hear from today. Of course, that doesn’t mean their punishment was anything like what they might experience in America; it meant time in prison and all sorts of hefty fines – and that’s just for the Korean natives.

To understand the differences between Korean and American marijuana policy, you need a combination of the facts and context. Let’s start with the facts: In 1976, former President Park Chung-Hee put the Cannabis Control Act into effect, which criminalized the possession and use of the substance in South Korea. This is felt in many ways in modern day Korea, according to Trish Popovitch of website MerryJane:

[Republic of Korea] police officers have the authority to stop anyone on the street and test them for drug use. The most commonly used test is the hair follicle test. This test can detect drug use as far back as three years (depending on various factors including frequency of use and metabolism). In South Korea, it doesn’t matter where you took the drug. If THC is detected, arrest is more than likely.

You read that right: even if you’re a foreigner coming from a place where marijuana might even be recreationally or medicinally legal, you run the risk of arrest and deportation for simply having it in your system. Not only that – you can be put into a situation where you’re forced to submit to a drug test without any probable cause. These laws are heard loud and clear by South Koreans, as the culture is generally against weed and crime statistics related to the drug are generally low (though enforcement is nonetheless thorough). Yet, to foreigners and Koreans with an affinity for the foreign, the laws carry a clear ideological message.

To return to the facts and context, consider the following: aforementioned former president Park Chung Hee achieved his power through a coup. According to Sungkonghoe University communications professor Kim Chang-Nam, Park “wanted to force the nation to follow his ideas.” He said that Park was specifically trying to combat Western influence on Korea and that young Koreans influenced by things like western trends and music were “a challenge to [Park’s] authority.“ 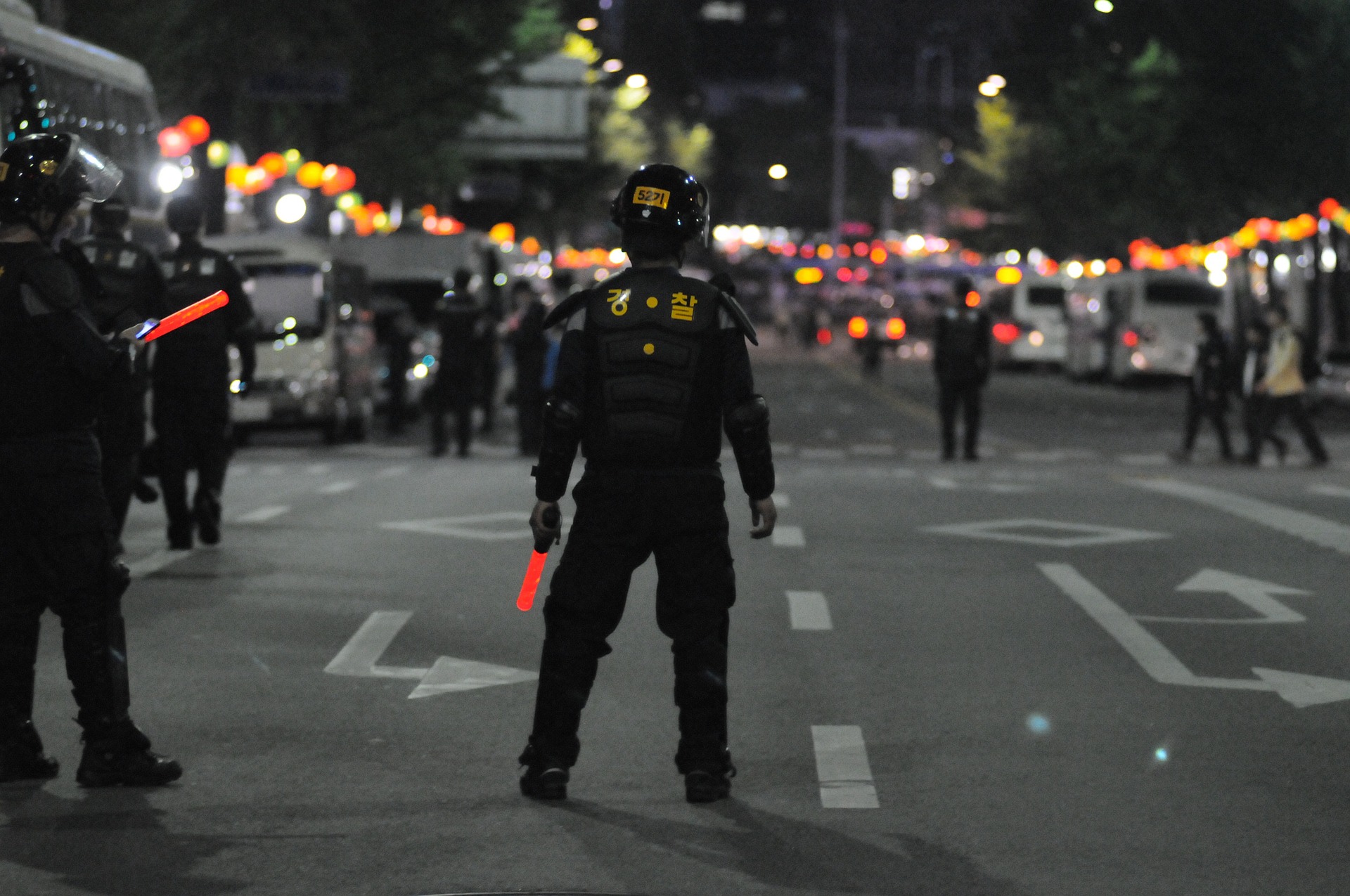 In South Korea, both possession and the detection of marijuana in your system carry fines, probation, and prison sentences. Distribution can land you in even more trouble, with some sentences consisting of hard labor. Because of this, people caught with marijuana often offer up the names and information of those they might have done the drug with or received it from, in an attempt to lighten their sentences. This could explain why BIGBANG’s T.O.P. has suddenly been put under investigation, as the woman he smoked with might have simply been trying to lighten her own load.

As previously mentioned, T.O.P. was far from the only rapper in Korea to experience punishment for involvement with marijuana. Notably, rapper and Seo In Young enthusiast Crown J was arrested and sentenced to 8 months in prison after mere video footage of him consuming marijuana in America hit the Korean side of the internet. Supreme Team member E-Sens has been arrested for weed on 3 different occasions and served prison time as recently as 2016. Rapper Iron also faced scrutiny after being caught with the drug, although based on other recent events, that’s the least of his problems. Furthermore, who could forget T.O.P’s fellow bandmate G-Dragon’s own marijuana scandal, in which he avoided jail time by the skin of his teeth after declaring that he was given the substance without knowing? Even before all this, you can go back to the 90’s when SM Entertainment’s first artist Hyun Jin Young went to jail for a drug scandal.

To get back to facts – T.O.P.’s current situation simply would not have happened in the United States. To begin, cops don’t have the power to simply demand a drug test for someone without probable cause (DUI, for example). Furthermore, in many states, possession of less than 50 grams is treated as a “disorderly person,” a charge that carries around 6 months of prison (maximum) and $1000 in fines (maximum). That’s without even considering the fact that marijuana cases are often fought in court, as the American justice system allows defendants to reduce or even eliminate fines and prison time with the help of readily available lawyers. Beyond that, in many other states – take California for example – marijuana is legal for recreational use! Others allow it under medicinal circumstances, with rigid regulations in place to manage who’s prescribed it, why they’re prescribed it, and the amount and type of marijuana distributed for any given condition.

Even in places where recreational marijuana is illegal, attitudes towards it are generally lax in America. Since the cultural revolution of the 1960s, marijuana has been a part of mainstream culture, integrated into music, comedy, film and even video games. Several of our own presidents have admitted to doing it in the past, and some of our biggest pop stars have entire songs dedicated to it. Essentially, unless you’re like newly appointed Attorney General Jeff Sessions, you understand as an American that weed is just like any other cultural export that you can choose to partake in or disregard for any reason. Though Americans are certainly not universally positive towards weed, the general conversation around it has shifted towards discussing it as a civil liberty like any other.

Indeed, then, a difference between South Korean and American is clear: for whatever Americans have done to celebrities, for whatever hell our war on drugs has inflicted upon urban communities, America is certainly not a country where you would feel like your future is so bleak that you had to overdose on pills after getting caught smoking. T.O.P’s current circumstances are an indictment of Korean attitudes towards weed; it’s a tragic and frightening situation brought on directly as a result of societal pressures. Non-fans and anti-drug K-poppers will argue that nobody forced T.O.P to take those pills, but they are missing the bigger picture that is the inadequacy of draconian drug policy.

It is certainly important to respect cultural differences and to understand the way that a country’s culture came to be how it is. It is important to consider the opinions of others and to be receptive and sensitive towards people who might be facing a topic that comes difficult to them. However, it’s also important to show humanity. Whether you agree with the usage of marijuana or not, certainly you can recognize that society is putting an absurd amount of pressure on him, for him to have felt such a way. It’s important to consider whether or not you were part of that pressure because it might be time to re-evaluate why you believe what you do.

Change does not come overnight – America is still working through its drug policy in many ways, with different levels of government having opposing ideas about what should be allowed. America’s own drug policy and enforcement thereof is not perfect by any means. However, one can only hope for the sake of countless otherwise upstanding, talented, functioning members of Korean society that Korea’s attitude towards marijuana lightens up in the future.