[Oh! Music] BIGBANG is sweeping music charts+TV music shows+MV rankings… That is why they are called “God-BANG” 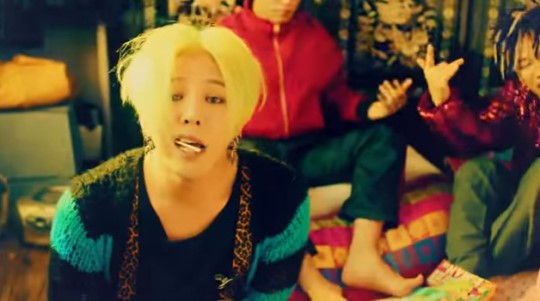 [OSEN=박소영 기자] December has become the month of BIGBANG as everyone expected.

After the release of their third full album on December 13 eight years after the second full album, “FXXK IT” and “LAST DANCE”, the double title tracks of the new album, are sweeping No.1 and No.2 on music charts.

The No.1 of TV music shows is also taken by BIGBANG. As it is the holiday season now, TV music shows are mostly filled with special episode and performances instead of ranking, but BIGBANG took No.1 with “FXXK IT” in SBS “INKIGAYO”s ranking separately announced on December 27.

Such record is all the more remarkable, as it is achieved for a full album released for the first time in eight years. After the release of their second full album in 2008, BIGBANG has been releasing only single and mini albums for the past eight years. That was the case for single album “M”, “A”, “D”, and “E” released from May to August last year, too.

The new full album is like the last album for BIGBANG for some while, as T.O.P will join the police for his mandatory military service in February next year. By staying in No.1 on charts for 16 days in a row, BIGBANG’s new full album is being proven to be a “well-made” album.

BIGBANG’s music videos are also garnering great number of viewer from around the world. The video of “FXXK IT” surpassed 28 million views within two weeks of release, while the video of “LAST DANCE” also reached 19 million views.

Such record has been possible because it is BIGBANG. These days, famous singers release new songs every day, so generally, it is difficult to stay in top ranks on charts even for just three days. However, BIGBANG is staying in No.1 for as long as 16 days. BIGBANG is captivating music lovers around the world with their quality music.