[Official Announcement] Title of G-DRAGON’s New Album is “KWON JIYONG”, and the Title Song is “BULLSHIT” 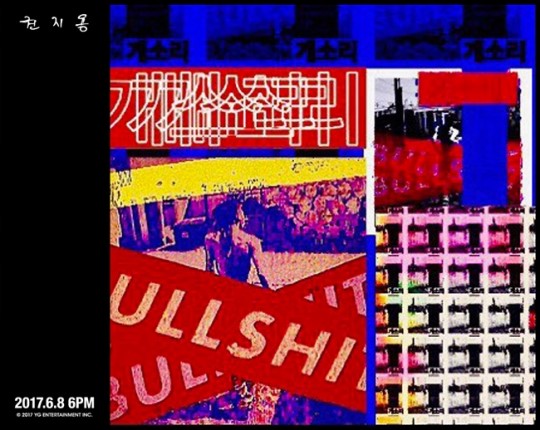 [OSEN=선미경 기자] G-DRAGON is to make a comeback with a powerful new song.

On June 1, YG Entertainment uploaded the poster of G-DRAGON’s new album on its official blog and announced that the title track will be “BULLSHIT”.

An YG official said, “The title of the album is ‘KWON JIYONG’, and the first title track is a powerful hip hop song called ‘BULLSHIT’.”

G-DRAGON has always created big issues with his innovative new attempts. This will be his first album in four years after his “COUP D’ETAT” album in 2013. Expectations are running high for his “KWON JIYONG” album, and fans are expecting to see new music and a new style in G-DRAGON’s new album.