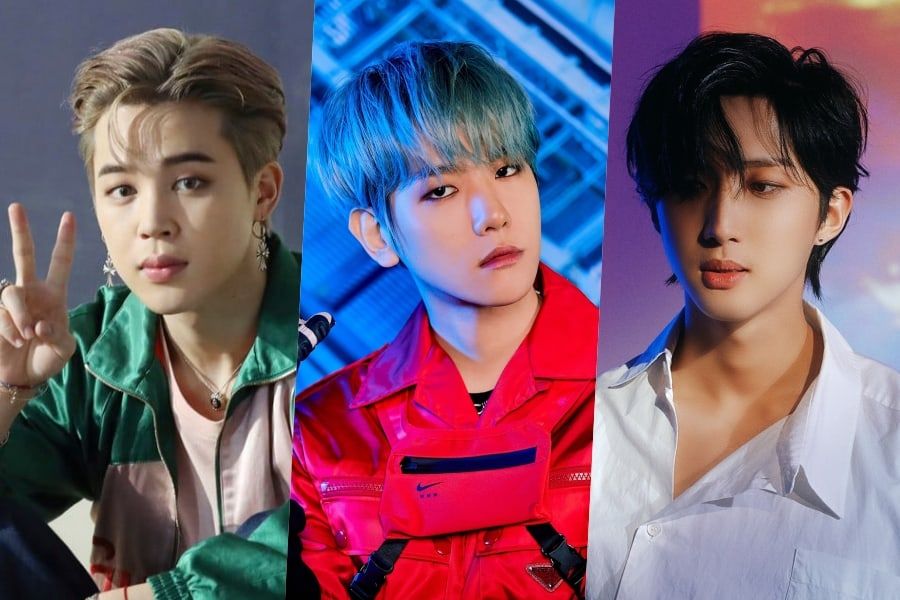 The rankings were determined through an analysis of the consumer participation, media coverage, communication, and community awareness indexes of 653 boy group members, using big data collected from September 16 to October 16.

BTS’s Jimin topped the list for the 22nd consecutive month with a brand reputation index of 5,511,794 for October. High-ranking phrases in his keyword analysis included “birthday,” “Billboard,” and “Dynamite,” while his highest-ranking related terms included “congratulate,” “thankful,” and “surpass.” Jimin’s positivity-negativity analysis revealed a score of 68.50 percent positive reactions.

EXO’s Baekhyun took second place in the rankings with a brand reputation index of 4,368,575, while PENTAGON’s Hui shot up to third place after seeing an impressive 700.47 percent increase in his score since last month. The PENTAGON leader scored a total index of 3,862,218 for October.

Finally, BTS’s Jungkook and V rounded out the top five for the month at fourth and fifth places respectively. 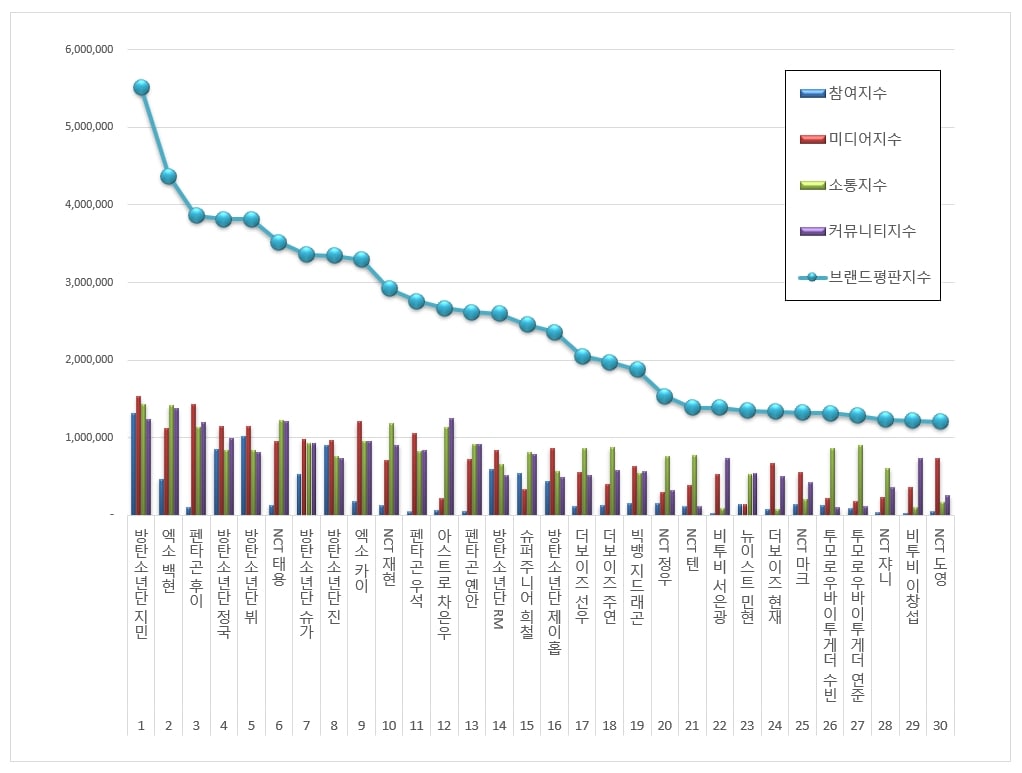