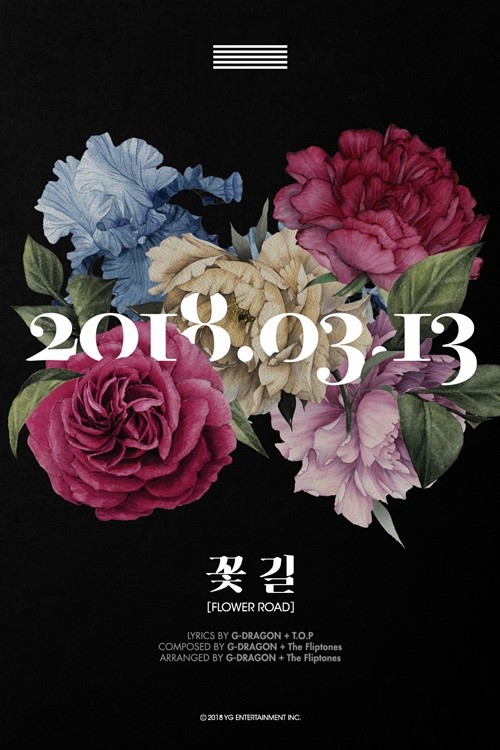 [엑스포츠뉴스=김미지 기자] Group BIGBANG’s ‘FLOWER ROAD’ is still dominating music charts, although it has been 3 days since the song was released.

As of March 15, 8 AM, BIGBANG’s ‘FLOWER ROAD’ achieved an ‘all-kill’ in 8 major music charts including Melon, Genie, Bugs, Mnet, Olleh, Monkey 3, Soribada, and Naver Music. They have also hit the roof 4 times in Melon, gathering keen attention from related personnel.

‘FLOWER ROAD’ also beat EPIK HIGH’s ‘LOVE STORY’, the song that used to hold the record among all songs released after the music chart reformation. Including all existing records before and after the reformation, the song was placed at 5th in the number of accumulated listeners in 24 hours.

Meanwhile, ‘FLOWER ROAD’ is a song for the fans released to soothe the frustration on BIGBANG’s vacancy due to the members serving their military duties.