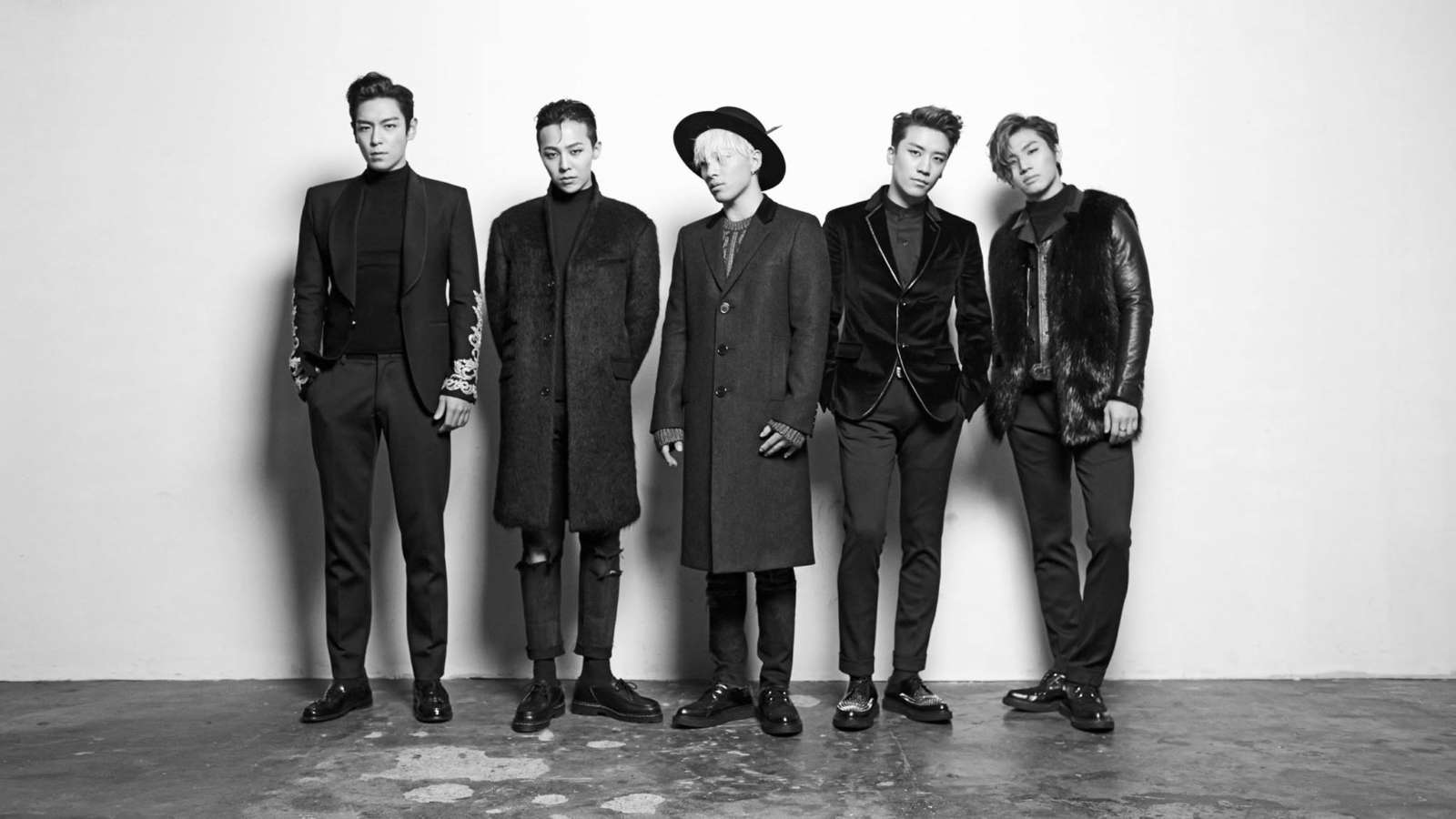 The unwritten rule of boybands is: get five good-looking teenagers together (only one needs to have a good voice), give them a top-notch production team to craft paint-by-number hits, release a solid debut, a chart-topping follow-up and then, as the fickle teenage fans start to grow out of it, leave with an easy-sell Christmas-themed album and move on. For many boybands, this has been the harsh reality of showbiz. So why is BigBang – the kings of the South Korean music genre K-Pop – still relevant 11 years after their formation?

Part of YG Entertainment, a music powerhouse under the guidance of former singer Evan Yang, BigBang went from being a relatively unknown pop group to what both The Washington Post has called “the biggest band in Asia” and the Hollywood Reporter has hailed as “the biggest boyband in the world” . Any producer can make five teenagers famous for a few months but BigBang, with its clever mix of dance beats, Hip-Hop lyrics, ever-changing style sense, and hypnotic videos and concerts is obviously more than just eye candy for a certain age group.

G-Dragon, T.O.P., Taeyang, Seungri and Daesung were originally brought together in 2006 but struggled to find their footing. Though G-Dragon and Taeyang had previous training with YG Entertainment, the chemistry that would eventually launch the band needed time to form. It didn’t take long. 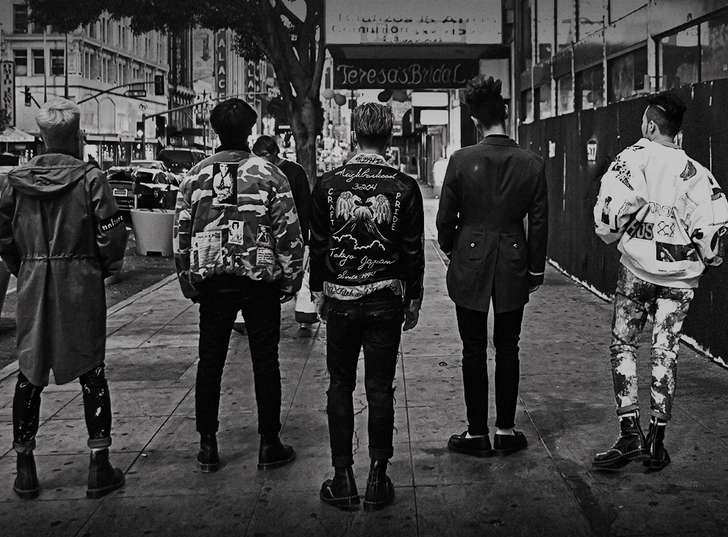 By 2007, the band had released its successful extended play (EP) Always, which featured the song “Lies” that spent a record-breaking seven weeks on top of Korean music charts. For the next three years, BigBang released commercially and critically acclaimed albums and chart-topping hits, sold out arenas throughout Asia and would begin to branch out with solo projects as well as TV and film appearances.

The group – good-looking guys with bodies to match – also had talent and crowds across Asia were hooked by the time Bigbang Vol. 1 (2006) and Remember (2008) had time to sink in. Before BigBang, K-Pop was reserved for tame ballads sung by “safe” artists. BigBang members upset the norm by taking their shirts off, flashing bling-bling necklaces and fresh tattoos, dropping rap lyrics in the middle of heavy house beats and rocking the Korean music world.

Simply put, BigBang brought sex and risky behavior into the mix and it struck hormonal nerves everywhere. The boys were attractive, and when they posed and danced in videos with their six-pack abs and suggestive hip movements, teenage girls and boys across Asia were thankfully shocked. No longer did they have to wait for America or England to provide One Direction and Justin Bieber, now they had their own. No more would people hear the backhanded compliment of “he’s pretty hot, for an Asian”. Now, it is just accepted that popular members Taeyang and Daesung are universally attractive. 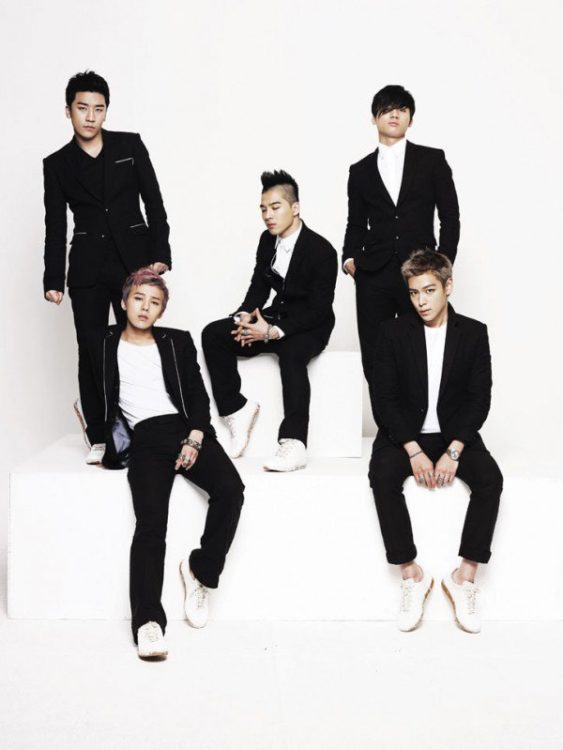 No more would people hear the backhanded compliment of “he’s pretty hot, for an Asian”. Now, it is just accepted that popular members Taeyang and Daesung are universally attractive.

More importantly, the members of BigBang became beacons of style. Thousands of fans looked to them for cues on how to dress, walk, dance and act. Their choreographed dances that shook hit videos became the style soon found on club dance floors. Their colorful and wild hairstyles were all the rage among young fans. Their choice of fashion, both in videos, on stage and in person was sure to be copied across Asia. Bigger than a band, BigBang was a cultural phenomenon setting the stage for a wave of K-Pop acts including iKon, EXO, BTS and Monsta X who are all patiently waiting for their turn to rule the charts. But BigBang, as the name suggests, won’t go quietly.

After a two-year hiatus, BIGBANG reunited in South Korea in 2011 with the EP Tonight. The band’s 2012 album Alive won them their second Artist of the Year Award at the 14th Mnet Asian Music Awards. Alive also became the first Korean album to chart on the Billboard 200 and helped BigBang embark on its first-ever world tour that finished in 2013. In 2016, the group made Forbes’ list of most successful entertainers grossing over $46 million for that year.

By 2016, the band released international hits “Fantastic Baby” and “Bang Bang Bang” that have eclipsed the 200 million view mark on YouTube. Both are dance-beat-driven, party anthems with accompanying videos that come alive in bursts of color, both among the group’s wardrobes and makeup. “Bang Bang Bang” gives a nod to classic Hip-Hop with the boys pumping the hydraulics on classic hood rides while “Fantastic Baby” contrasts its lively rhythm with a statement against censorship and totalitarian authority. 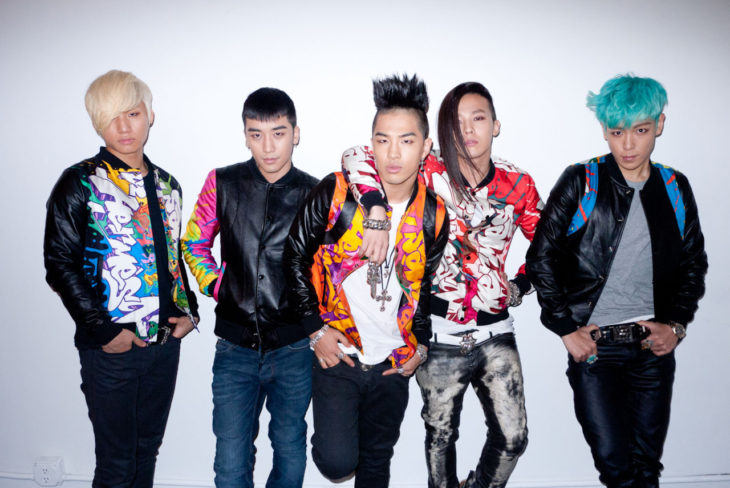 Noted for incorporating Hip-Hop, R&B and Electronic Dance Music into its sound, BigBang has truly become a global act. While no one is suggesting T.O.P. can win a rap battle against Nas or that G-Dragon will eclipse Zayn Malik in terms of popularity, they have cleared a path that will lead to future acts having a chance to become even more popular. YG Entertainment houses most of the top K-Pop acts and already, BigBang members are lending their songwriting and production skills to the next generation of chart-toppers. Moreover, G-Dragon and Taeyang show the most promise for enduring in the music business, both in producing albums and forging ahead with solo careers.

While the ascent of BigBang has been a welcome surprise and its longevity a previously unheard of accomplishment for a “boyband”, there will be a time when the Korean Fab Five age out. Already nearing their 30’s, K-Pop fans are starting to place bets on who becomes the next BigBang. Whoever takes over the throne, they will have a pretty high bar to scale. Owning the music game for 11 years is no easy feat. And as the group prepares for second acts, don’t be surprised if each one of them has an influential stake in the future of K-Pop style and sound.