[Midnight TV] “Unrivaled sense of humor” BIGBANG… Were you really afraid of appearing in “Radio Star”? 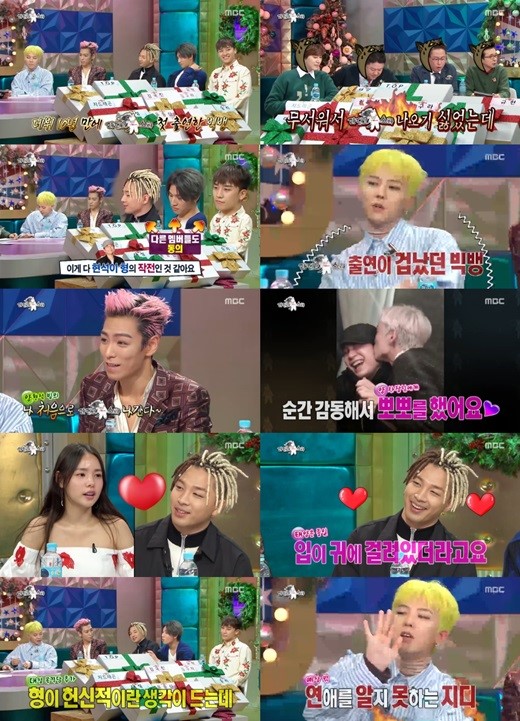 BIGBANG boasted an unrivalled wit and sense of humor in “Radio Star”. The members said that they had been “afraid of appearing in ‘Radio Star’ show”, but they soon began to reveal each other’s behind-the-scenes private lives as well as behind stories of their experiences for the past 10 years, without hesitation. 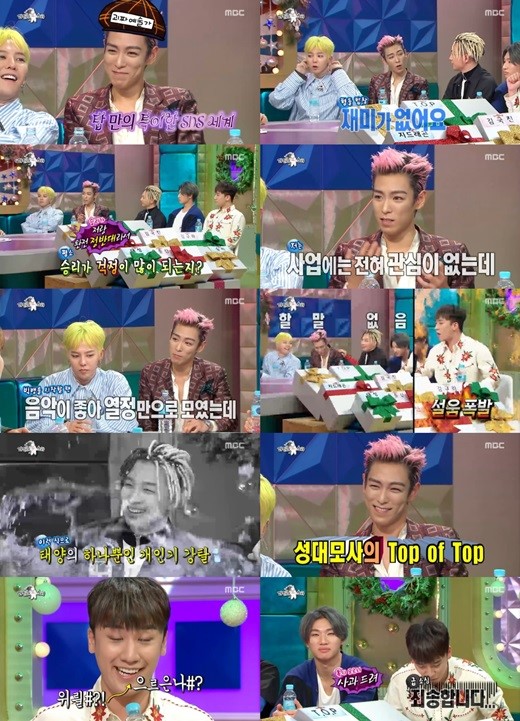 T.O.P also talked about what he feels about his imminent mandatory military service. T.O.P said, “I feel like all the water in my body is draining out of me, as the day for me to join the police approaches” and G-DRAGON also said, “He cries a lot these days, expecting the day of joining the police”, mentioning that T.O.P is a tender-hearted man.

BIGBANG members also talked about the business run by SEUNGRI. SEUNGRI’s wide personal connections and how he runs his business were unveiled by the other members, and SEUNGRI emphasized how much he works hard.

The members also boasted their personal talents. Voice imitations of different styles triggered tons of laughter. To the extent that no one would believe that BIGBANG had been “afraid of ‘Radio Star’”, BIGBANG members revealed each other’s secrets and boasted their sense of humor without any hesitation. They were incredibly fun and their wit made everyone burst into big laughter.

The BIGBANG episode of “Radio Star” show continues next week as well. It is hard to believe that there is more to be unveiled, after all those talks and wit presented by BIGBANG in this week’s “Radio Star” show.