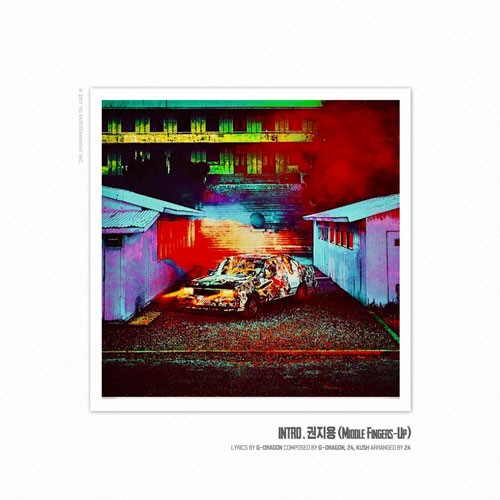 [MBN스타=신미래 기자] The solo album of G-DRAGON has been revealed.

The title song “UNTITLED” has impressive a piano melody, and G-DRAGON sings about how he misses his ex in the slow beat song. It is quite a change from his usual strong rap songs.

His sad singing voice touches the hearts of the listeners, especially in the chorus part that goes “if i can see you one more time, i can give up everything.”

“BULLSHIT” is a powerful hip hop song as strong as the title. Even from the beginning of the song, G-DRAGON raps, “What is this bullshit? I have no idea. Go and bite them. I have my gang. Call them. It’s all bullshit”, and the strong lyrics combined with the powerful hip hop beat defines the tone of the song.

In the solo album, G-DRAGON tried to express the personal side of himself by singing about what he is worried about these days and the growth pains he’s been going through as a guy who just entered his thirties.

“KWON JI YONG” is not an album made to produce hit songs. It is an album that G-DRAGON made to do the music he wants to do now and talk about what he is going through as a regular person.