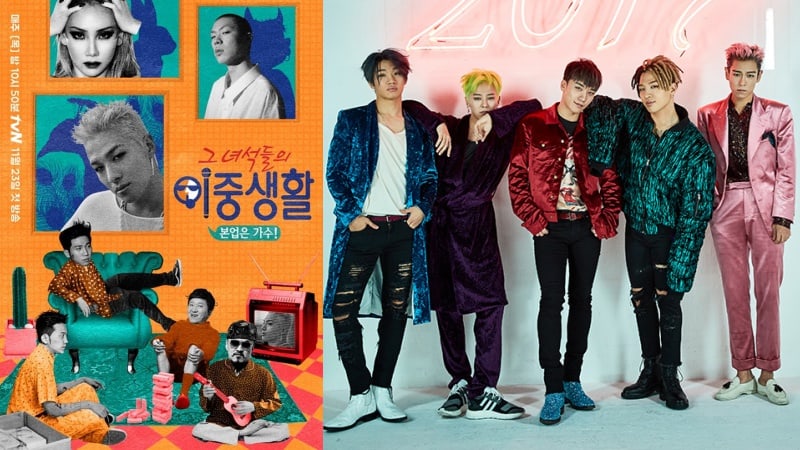 Producing director (PD) Jeon Sung Ho, who is in charge of the tvN variety show “Livin’ the Double Life,” recently opened up about the direction of the show, and teased that the members of BIGBANG will be making an appearance in the upcoming episode.”

The PD began by stating, “CL, Taeyang, and Oh Hyuk were all happy to hear that the first episode was met with a positive response. It took a lot of courage for them to open up about their personal concerns and worries, and I think the response they received gave them a lot of strength.”

He went on to say that “Livin’ the Double Life” differs from other music-based reality shows because it focuses more on telling a complete story. Jeon Sung Ho said, “It wasn’t our original intention, but the first episode dealt with the biggest worries that CL and Taeyang have been grappling with. The rest of the series will follow them as they face their concerns and learn to overcome them. I was really moved by how sincere they were when opening up to the viewers.”

He also mentioned that Oh Hyuk, who didn’t appear in the first episode, will charm viewers in his own way as he said, “Oh Hyuk is a funny person. He’s the kind of person who can make people laugh without saying a word. He’s going to be revealing his new house and he’ll bring more laughs to the show.”

“Livin’ the Double Life” aired its first episode on November 23 and airs every Thursday on tvN at 10:50 p.m. KST.