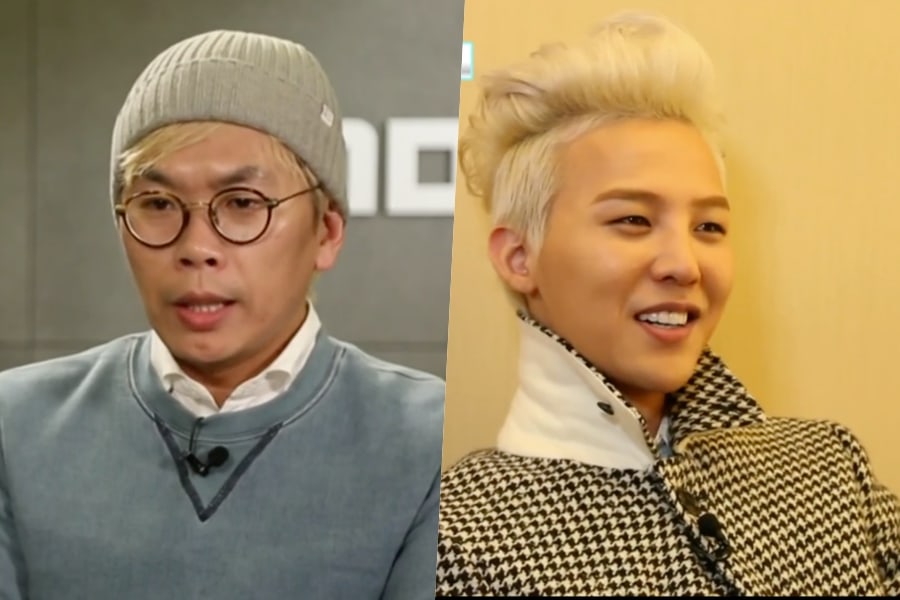 See Also: QUIZ: Can We Guess Your Age Based On Your Taste In K-Pop?

On April 21, the variety show aired the last episode of its “Infinite Challenge, 13 Years of Saturdays” special. While reminiscing about the show and its many guests, Kim Tae Ho talked about the program’s popular music festivals.

Kim Tae Ho said, “While planning the ‘Yeongdong Highway Music Festival,’ we worried about band Hyukoh until the very end. The vocalist Oh Hyuk was so quiet. Zion.T wasn’t talkative, and I wondered what we would do if Oh Hyuk wasn’t talkative either.”

The “Infinite Challenge” PD then chose BIGBANG’s G-Dragon as someone who can’t be forgotten when talking about the show’s music festivals.

He said, “I’m thankful for him. It wasn’t easy to work with Kwanghee, but he expressed his desire to give it a try, so I was thankful. Also, when Jung Hyung Don was having a difficult time emotionally, [G-Dragon] said that he would give it a go, and I was really thankful.” 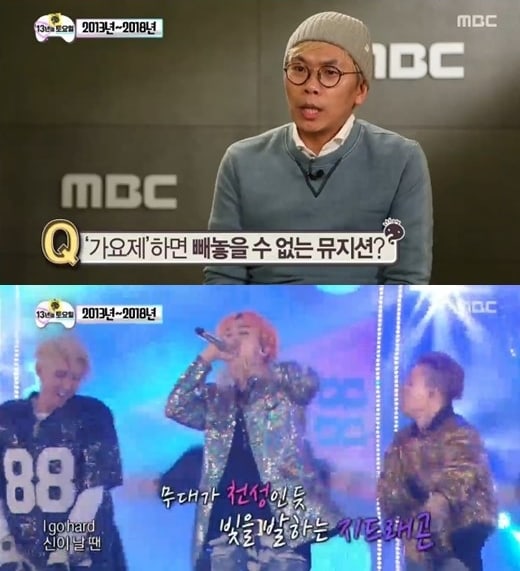 G-Dragon appeared in three of the show’s music festivals. He first paired up with Park Myung Soo for “Having An Affair” in 2011, then worked with Jung Hyung Don on “Going to Try” in 2013. He also formed a trio with Taeyang and Kwanghee to perform “Mapsosa” in 2015.

Watch the latest episode of the show below!