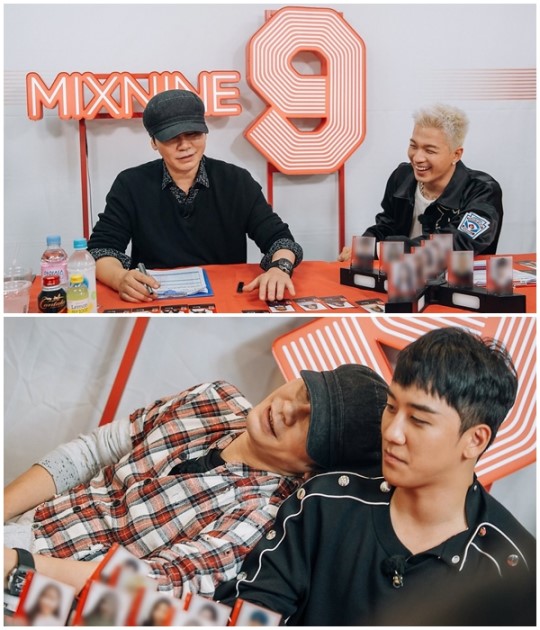 On the 3rd episode of JTBC’s ‘MIXNINE’ which will air on November 12, TAEYANG and SEUNGRI will appear as judges on the final agency tour.

During the audition, TAEYANG and SEUNGRI showed empathy with the desperation and sincerity shown by participants. It was because the two people also went through survival competition in ‘BIGBANG TV’ in order to make debut.

While the two judges were sympathetic on the contestants’ desperation for a chance to make debut, they also showed their talent as great judges, having an eye for talented trainees.

The production crew of ‘MIXNINE’ stated, “During the whole judging process, TAEYANG and SEUNGRI’s opinions often overlaped with YANG HYUN SUK’s opinions”, indicating the three judges’ great chemistry. They continued, “While TAEYANG was serious and acted as a warm advisor, SEUNGRI made the audition scene delightful with his nimble-witted evaluations. He is definitely the judge that made YANG HYUN SUK laugh the most”, stating different charms for each producer.