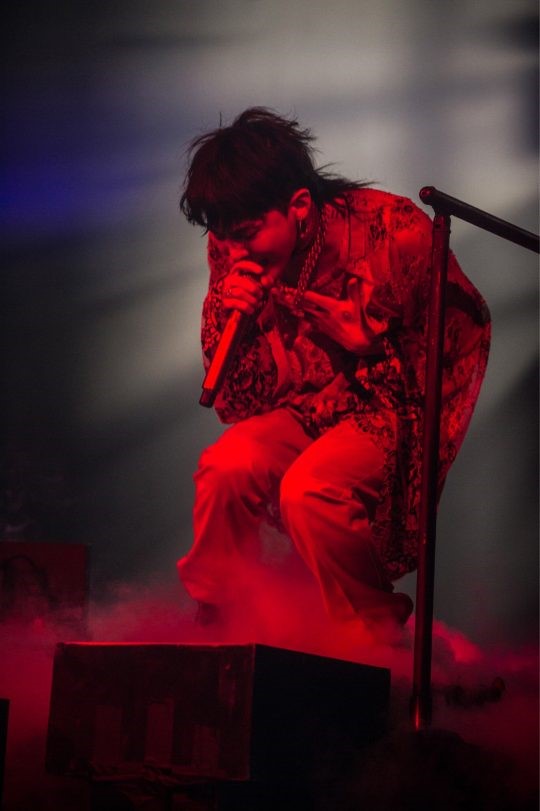 [텐아시아=김해인 인턴기자] G-DRAGON will be releasing DVD and Blu-Ray disks containing his 2017 concert held in Japan.

He will release “G-DRAGON 2017 WORLD TOUR ‘ACT Ⅲ, M.O.T.T.E’ IN JAPAN” on February 7, 2018. The disk will contain the scenes from the 3 city dome tour in Japan, which was the biggest in size among other concerts during his world tour.

He performed 5 concerts in 3 cities including Fukuoka Yahuoku Dome, Kyocera Dome Osaka, and Tokyo Dome and drew 260,000 audiences. The passion from the scenes and the fantastic performance will be revealed through DVD.

Along with the stage performed at Tokyo Dome with BIGBANG member SEUNGRI, a documentary with G-DRAGON’s interview clip will be contained in the DVD as well.

The DVD was produced as a hard cover with the size of an LP. A special clip containing the scene filmed in various camera angles will be included in the limited edition with a special photo-book shape. Also, a live CD with a total of 22 tracks will be included as well.

G-DRAGON continued his music career in Japan through releasing his solo album, ‘KWON JI YONG’ in December 13. ‘KWON JI YONG’ is an album released by G-DRAGON in 4 years in Korea, which proved his global influence by getting placed at no. 1 in the iTunes chart in 45 different countries since its release in June.

Also, BIGBANG recently completed a five-year consecutive dome tour in Japan for the first time as a foreign artist. They drew a total of 4,205,500 audiences.

BIGBANG is planning to wrap up their work for the year in Seoul Gocheok Sky Dome on December 30 and 31.