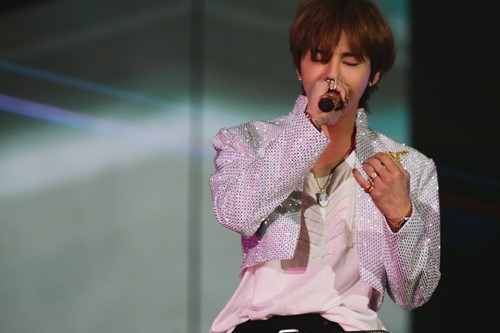 BIGBANG, who started the new year by opening ‘BIGBANG10 THE CONCERT: 0.TO.10 FINAL IN SEOUL’ on January 7 and 8 in Gocheok Sky Dome closed the year at the same location, with ‘BIGBANG 2017 CONCERT IN SEOUL’.

The members replaced T.O.P’s parts by singing them together at the concert. They not only performed BIGBANG’s hits known for their strong performances including ‘FANTASTIC BABY’ and ‘BANG BANG BANG’, but also performed attractive solo acts including the new songs released by G-DRAGON and TAEYANG this year, fresh releases from DAESUNG who is currently active in Japan, and SEUNGRI’s solo performance which was hard to come by.

After performing ‘BULLSHIT’ and ‘Untitled’ during the solo performance, G-DRAGON stated, “I wasn’t planning to perform this song but I chose to do it to show you a new side of me”. He continued, “I’m curious if you liked it to”, revealing the behind story on his song selection.

On the song ‘Untitled’, he stated, “I didn’t get to perform this song a lot, but I’m happy and grateful to be able to perform the song through this concert in front of you’.

Meanwhile, BIGBANG who worked tirelessly for 11 years since their debut in 2006 as a global K-Pop group, will depart with the fans for a while after this concert.