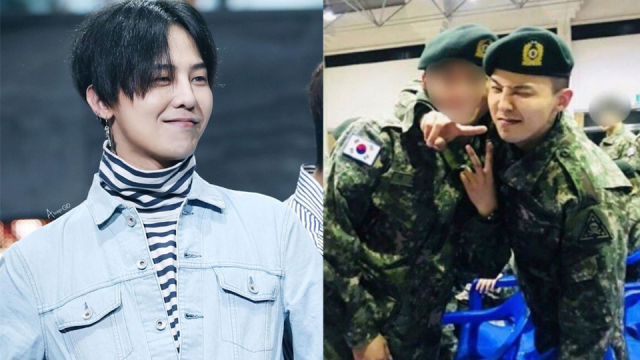 G-Dragon has two weeks left to return from his mandatory military service!

One netizen uploaded a photo of an SNS capture, saying she heard it from his younger brother in the military. In released photo, her brother showed off that he had seen GDragon in person. He said, “GDragon is giving a lecture.” The netizen answered him, “That’s awesome. What lecture?”

She heard an unexpected answer. Her brother said, “A lecture on suicide prevention. He will be out in two weeks.”