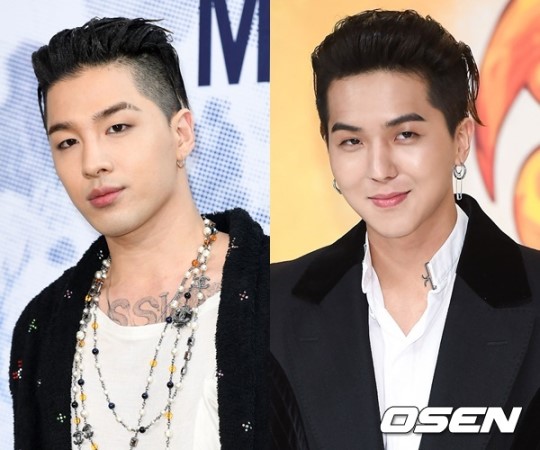 According to music and broadcasting insiders on August 14, TAEYANG and SONG MINHO will appear in JTBC’s “Knowing Bros” show as guests. The two will take part in the shooting for the show on August 17.

Fans are paying keen attention to TAEYANG and SONG MINHO’s appearance in “Knowing Bros” show, as it is their first time to appear in it. TAEYANG and SONG MINHO boasted a deep bond with each other, as TAEYANG supported SONG MINHO’s performance in 2015 for the semi-final match of Mnet’s “Show Me the Money 4” competition. They are appearing in an entertainment TV show together for the first time in two years since then.

Ahead of his upcoming solo comeback on August 16, TAEYANG announced that he will actively appear in entertainment TV shows. As he even shot a special episode for MBC “Single Life” show, many fans are showing great anticipation for his comeback. Now that TAEYANG has confirmed his appearance in “Knowing Bros”, the most popular TV show these days, fans are paying all the more attention to his comeback.

“Knowing Bros” show is known as a “tough one” among celebrities, as the regular cast members of the show recklessly throw mischievous and wicked questions and ad-libs to gests. As TAEYANG has always been rather silent and shy in TV shows so far, fans are keenly interested in what he will be like among the tough “bros” of “Knowing Bros” show.

In addition, fans are paying all the more attention to SONG MINHO’s appearance in “Knowing Bros” show, as Kang Ho-dog and Lee Soo-geun who are also the cast members with “New Journey to the West” show will be together with SONG MINHO.

The episode of “Knowing Bros” show in which TAEYANG and SONG MINHO will appear will be broadcasted on August 26 at 9PM.