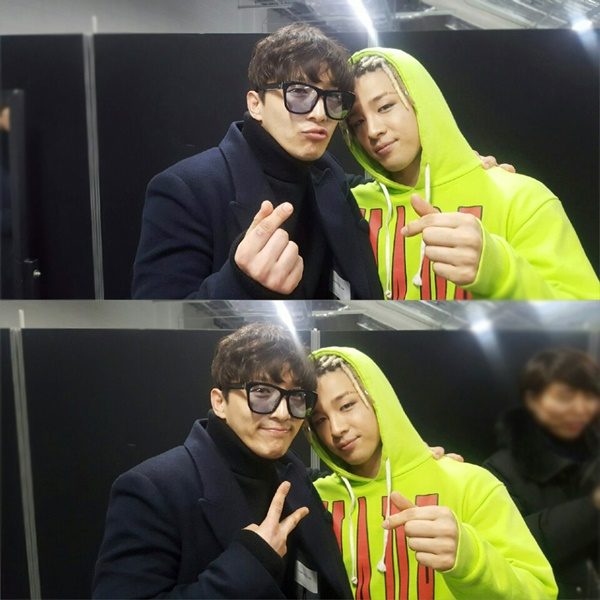 Dong Hyunbae is more familiar with the modifier “BIGBANG Taeyang’s brother” than his own name, and indeed this is how the public perceives him. However, Dong Hyunbae didn’t seem to mind, saying candidly, “I’ve never felt bad about things like that.” When asked to share childhood stories about him and his brother, he said, “Youngbae was like a baby.”

In particular, he said of Taeyang, “He was a cute younger brother then, now he is a mature younger brother. And of course he is my pride. Taeyang is mine”, expressing a somewhat burdensome affection that drew laughter from those at the interview.

“(When we were young, compared to Taeyang) I guess I had more talent (Laughs)… I had met a lot of people, and he started his trainee life since he was young, so both of us are the type who work very hard. People from my agency say I have a lot of talent. I can be funny at a private meeting or in a private interview, but it’s not easy in places where there are lots of cameras because I tend to think more of how I should do well. (Laughs) So I still feel sorry about that appearance on Radio Star (Laughs)”

Unaffected by how often he is referred to as BIGBANG Taeyang’s brother, he said being overly chatty, “Taeyang is already in a position that can never be overlooked.” This is the way Dong Hyunbae loves his younger brother Dong Youngbae.